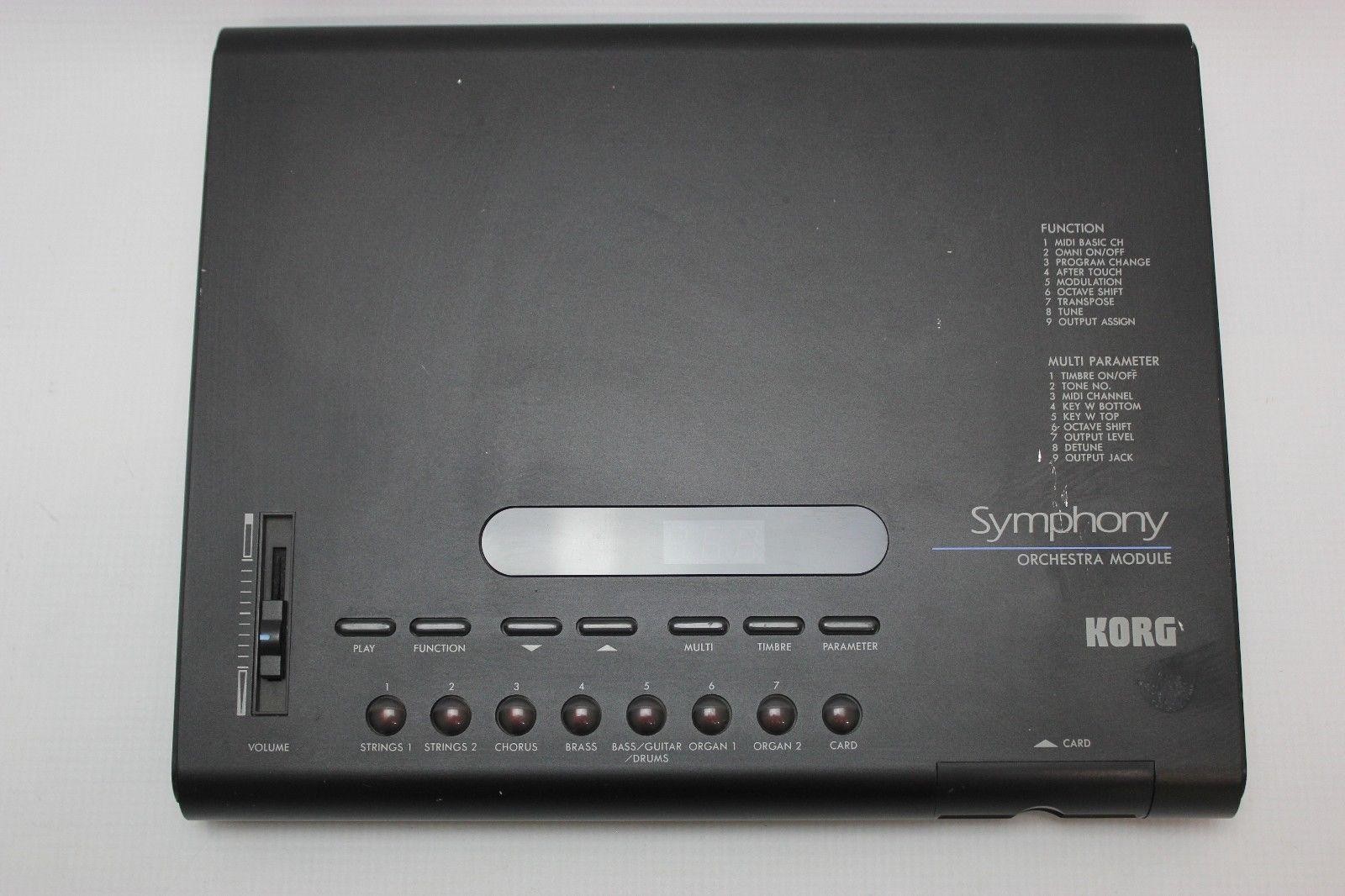 The Korg Symphony is a basic desktop module that has 9 PCM sampled playback patches set in just 7 programs. The unit is easy to use; just press a program button to light its number on the simple LED display and it’s ready to play. The module features 16 note polyphony but with no filter, FX or envelopes to edit, sound creation is very limited. To extend the sonic pallet, users can layer and detune patches for some interesting combinations in multi-mode which can cater for up to 8 parts - each controlled via midi. System Exclusive can be used to store setups on an external sequencer. Parts can be independently routed via the two assignable jacks for mixing otherwise they function as a stereo out in basic play mode. The Symphony responds to modulation and channel after-touch for vibrato and these can be switched off if you so desire but it has an odd omission - no pitch-bend. A disappointing oversight from Korg you may think giving the fact that one of the patches is a guitar.

Most of the onboard sounds are nothing special by today's standards and hardly symphonic in a classical sense. In fact, due to the now common PCM technology used for this module, it should have been best forgotten - and it would have been if it wasn't for the Chorus patch, which is easily its signature sound. It’s a choir sound that back in 1988 must have sounded very authentic. Even today in an age of gigabyte multi-sampled sounds at our disposable putting it through a decent reverb unit still does the business. Any interested musicians/producers should really check it out as well as the Organ patches and for anyone looking for a basic 80’s drum kit well the Symphony gives you that too. The Korg Symphony is not confined to its mere 9 patches; it has a single ROM card slot that can cater for the 4 cards that were produced for it; P3 Jazzcombo, orchestral, piano and pop which can also be integrated into its multimode setup.

The Korg Symphony was marketed as an addition to Korg's Concerto digi-piano's but in 1988 its high price point and a measly number of patches put many musicians off – especially when they could easily buy the superior M1. Sadly where the M1 is easy to come by, searching for a Korg Symphony these days proves to be a little bit more difficult and with those ROM cards even more so. Fortunately, musicians still have access to its sounds as they are now in software via Korg's Legacy M1. Indeed the Korg Symphony looks like a distant cousin of the original M1, with the same shaped metal cover and black color styling.

To sum it up, you could argue that the Symphony was Korg’s answer to a digital Mellotron for the late 80s - a very portable and reliable module giving you access to basic “bread & butter” sounds whilst leaving your high-tech synths to handle the more appealing sonic landscapes in your productions.
It has been used by Vangelis. 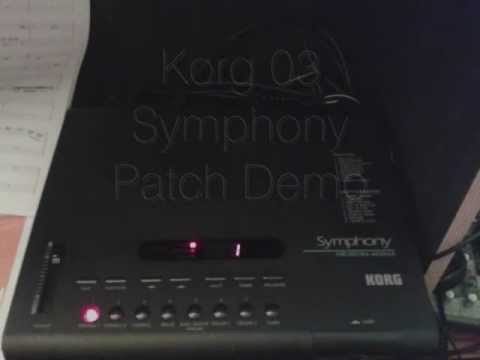