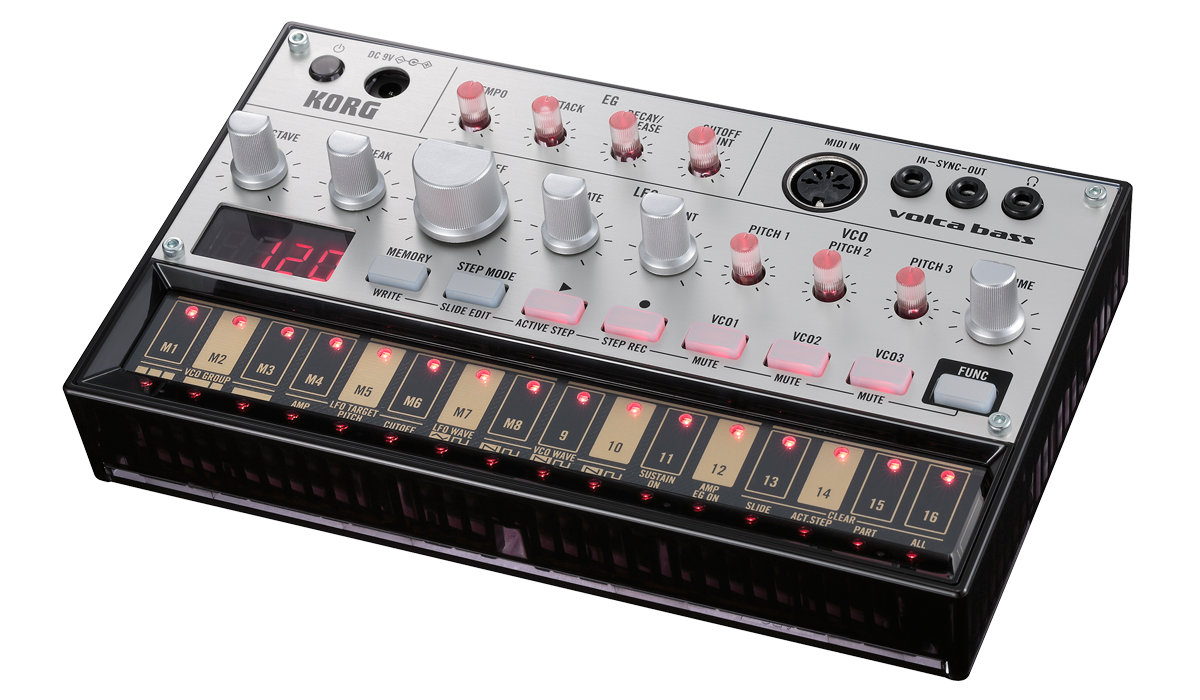 Korg created quite a stir at Musikmesse 2013 when it announced the Volca range, comprising Volca Bass, Volca Beats and Volca Keys, without seemingly no prior leak or tease of information. In varying parts they caused a stir due to being analogue; cheap; compact, portable and battery powered; analogue from one of the “big three” Japanese manufacturers; controllable by MIDI (unlike the Korg Monotrons); and borrowing visual cues from other manufacturers.

It is perhaps telling that, for a time, initially they could be a little hard to obtain (at sensible prices at least) due to the high demand.

The audio signal path of the Volcas is analogue (except for part of the Volca Beats), but the control aspect is handled digitally.

The Volcas are compact, being similar in size to an old VHS cassette. They have different, but complementary, colour schemes making them easy to distinguish at a glance. Construction is of rugged plastic, with a metal faceplate, rubber buttons and plastic knobs. Most of the smaller knobs are backlit.

Whilst the three models share many features, there are subtle differences in the way some features are implemented in the different models. This means that, whilst the Keys and Bass look to be interchangeable (the polyphony of the Keys aside), they do function differently and what is possible on one might not be possible on the other. 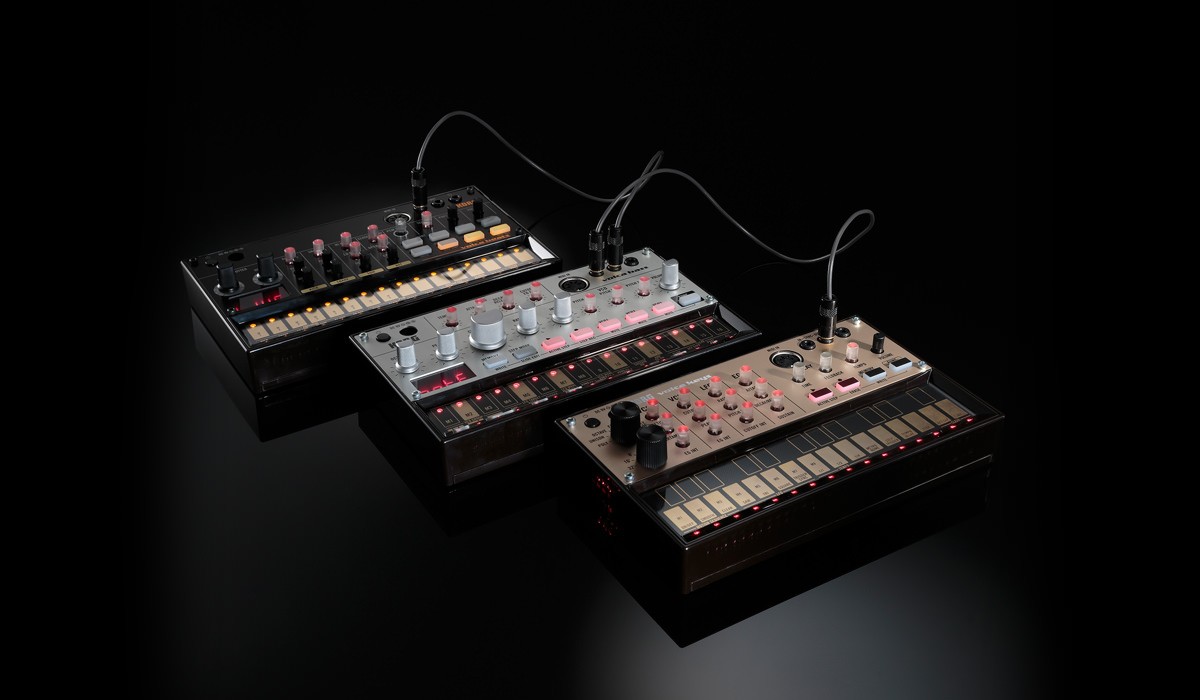 All three Volcas have a traditional five-pin DIN MIDI In connection, but no MIDI Out or Through. They also have sync in and out sockets, accepting 3.5 mm jacks, so that multiple Volcas can be tempo-synchronised.

There is a quantised, touch-sensitive controller to play each instrument from the front panel, the controller doubling as a sixteen step step-sequencer and, via a Function button, providing switching for various auxiliary functions. There are eight memory locations for storing sequences.

Each Volca has a small in-built speaker, rendering them fully self-contained which enhances their portability, although the speakers certainly do not do justice to the sounds the devices are capable of producing. For when you're not off the grid, the only sound connection is via a single, mono 3.5 mm out which doubles as a headphone socket.

In addition to accepting six AA batteries, each Volca can also be mains-powered by a 9 V, centre-positive adaptor, but no adaptor is supplied. On start-up, lights under the touchpad keys give an indication of remaining battery life.

As with the Monotrons, the circuit boards are clearly labelled, assisting the adventurous to modify the Volcas, for instance to add MIDI Out, audio input or control voltage inputs.

The Volca Bass is a three oscillator analogue synthesizer. Whilst it is named and marketed as a bass synth, the Volca Bass has a range of six-and-a-bit octaves: its touchpad covers 16 notes, A to C, with an octave knob transposing the touchpad in one octave increments.

On the touchpad, what are white notes on a traditional keyboard are black, enclosed by a gold rim, and sharps/flats are coloured solid gold. Lights within each touchpad ‘key’ indicate the note being played, whilst lights below each key indicate either the state of various functions accessed via the Function button, or the current step when sequencing. A four-character, segmented digital display provides information on many of the functions.

Each oscillator can be switched between square and sawtooth waveforms (sadly, there is no pulse-width adjustment or modulation of the square wave). The oscillators can be tuned up or down relative to each other. Small movements of the VCO Pitch knobs will tune the oscillator in cents, to a total of 50 cents (a quarter tone). Beyond 50 cents, tuning continues in semitone increments to an octave above or below the midpoint. The oscillators are self-tuning, to overcome problems of pitch instability.

The Volca Bass has a single low-frequency oscillator (LFO) capable of triangle or square wave modulation. The LFO can modulate the amplifier, oscillator pitch, filter cut-off or any combination of the three. There is a knob to control the LFO intensity for all LFO targets (no independent amount per target) and another to control the LFO rate, which can go well into the audio range to create interesting frequency/filter/amplifier modulation effects.

The Volca Bass has a single, very basic, envelope generator (EG). (Interestingly, the limitations of the EG are different to those of the EG on the Volca Keys.) There is a knob to control the speed of the attack phase of the EG, a single knob which controls both the decay and release portions of the envelope and another knob for the amount of control the EG exerts on the filter cut-off frequency. The sustain portion of the envelope can be switched on or off, but there is no control of the sustain level. (The Volca Keys has variable EG sustain level control.)

Other controls on the Volca Bass include: master volume, sequencer tempo control and buttons for sequencer memory selection, play and record and other sequencer functions.

The sequencer is inspired by Korg's former Electribe range. Sequences can be recorded in real time or can be entered step-by-step. (On the Volca Keys, the sequencer can only be programmed in real time – no step entry.) Slide is a feature that can be added to steps in the sequence, slurring between adjacent notes of differing pitch or tieing consecutive notes of the same pitch; the EG or LFO are not triggered after a slide.

Unlike the Keys and Beats, there is no 'Motion sequencing', that is, only notes and Slide information is captured by the sequencer and changes to other settings are not.

In ‘Active step mode’, individual sequence steps can be muted, either in real time for interesting polyrhythmic effects, or to allow sequences in time signatures other than 4/4.

The Volca Bass is not without its limitations and drawbacks – inevitable given its size and price – but it is clear that thought and attention to detail have been expended on each of the Volcas individually, plus to the range as a whole, to ensure that these are not unduly limiting and that the three Volcas complement each other. The price, size, portability and sheer concentration of functionality are certainly very much in their favour.

The Volca Bass itself is a great instrument, capable of producing a reasonably broad palette of interesting bass sounds. Aspects of its design and feature-set draw inevitable comparisons, no doubt as Korg hoped they would, with classic bass synths such as the Roland TB-303 Bassline. However, arguments as to whether or not the Volca Bass is an adequate substitute for that or any other machine, miss the point that this is a good synth in its own right.

That comparison, and the emphasis on the sequencer, may cause some to pigeon-hole the instrument as targeted towards, or best suited to, particular genres of music – a situation not helped by Korg's own marketing and classification of it on their website as a DJ tool – and it would be unfair to do so.

Neither the touchpad nor the sequencer may be the best ways of using the device for solos and lead lines, but the MIDI input provides the options of external sequencing by fuller-featured hardware or software or, crucially, of playing the synth from an external controller keyboard. So whilst marketed by Korg as an “analogue bass machine”, in reality, the Volca Bass is a capable – albeit limited – synthesizer, full stop. 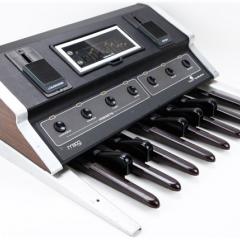 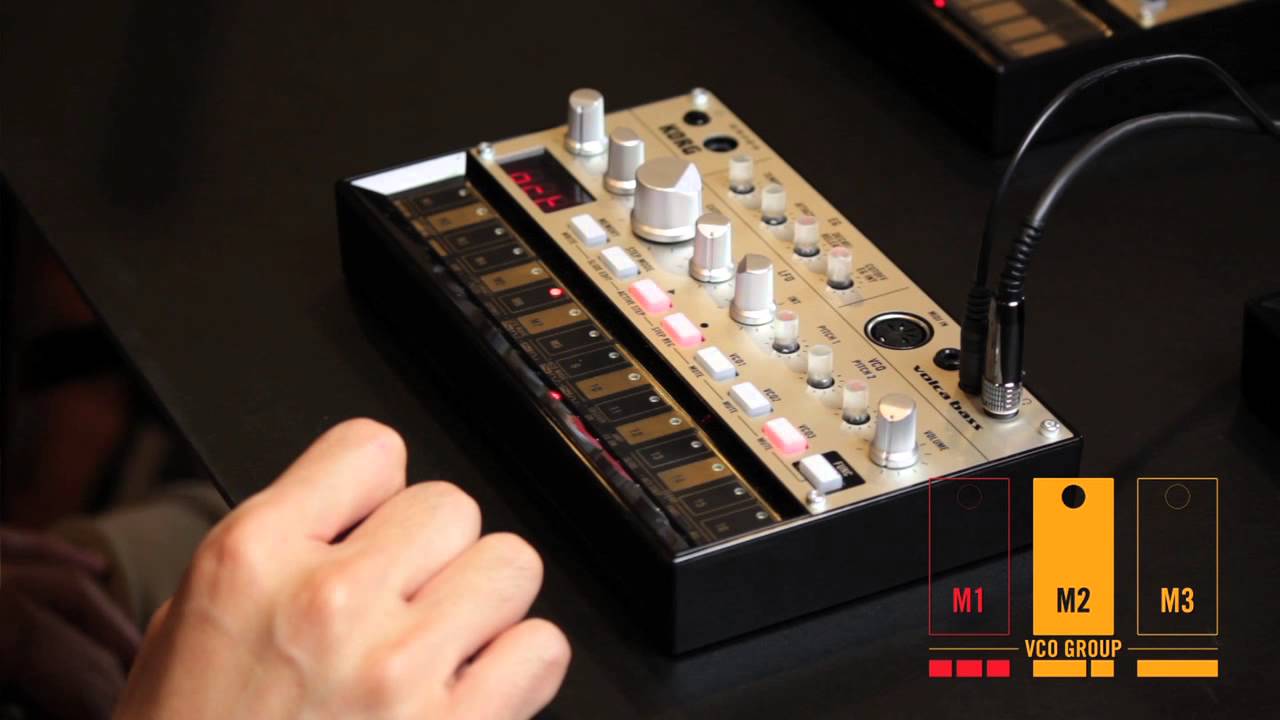