Following in the footsteps of its popular (and far more expensive) big brother, the K250, the Kurzweil K1000 is a sample playback instrument as well as a synthesizer. Weighed down by its 76-note keyboard, the K1000 boasts many of the same award-winning samples found in the K250 in a 24-note polyphonic multitimbral synth. The famous Kurzweil piano is here, as well as the gorgeous strings and brass too. The K1000 has emulations of almost any orchestral instrument you can think of. And they're great sounding. The popular rumor is that the samples were recorded using members of the Boston Symphony orchestra-and it shows.

The K1000 also has a very sophisticated digital/wave synthesizer engine. K1000 patches start life as a digitally coded waveform that Kurzweil calls a Soundfile. A Soundfile can be a sampled waveform (coming from Kurzweil's famous samples like piano, string, wind, etc...) or a digitally produced waveform like sine, sawtooth, or square. Then, you put Soundfiles together into the layers of a program. Effects are part of each layer as well.

Now, for the bad news. All of this power is extremely difficult to harness through the diminutive LCD display on the front panel. To make matters worse, the backlight on the LCD is prone to burning out, so most K1000's you find on the used market won't have a working backlight. This problem can be fixed by using one of the third party backlight replacements available on the web, but it is a relatively delicate procedure that requires some basic knowledge of electronics. 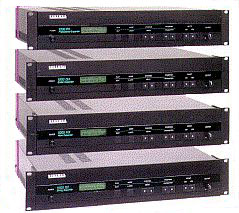 The K1000 also came in a series of rackmount synths. The so-called "1000 Series" consists of no less than ten different models of the rackmount version of the synth. Each module in the series has a different set of sounds. Complicating things further, you could upgrade these modules, so that they may have one name on the front panel, but have the features and sounds of a different model from the series. Some of the upgrades include:

Kurzweil later added aftertouch to the K1000 (an upgrade not available to owners of the original K1000), known as the K1000SE (Special Edition).

The K1000 sells for peanuts on the used market today. It has some fantastic sounds and the 76 key semi-weighted keyboard is reasonably fun to play. If you couple it with third party computer software, it is capable of making some really great sounds, even if its front panel is minimalist and hides the monstrous capabilities of this synth. Kurzweil always seemed to go overboard and this synth was no exception. At the time of its introduction in 1988, 24-note polyphony was enormous (and still not too bad today) and being multitimbral was a relatively new feature as well. Kurzweil didn't disappoint. And that means these instruments can still be valid and useful tools in your studio today. 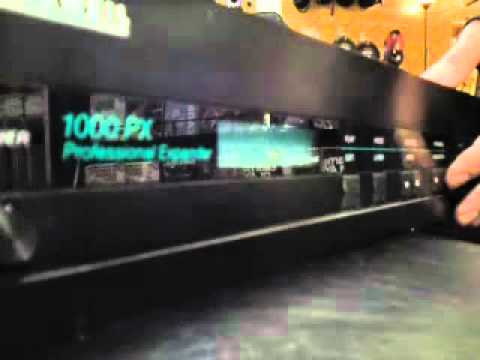