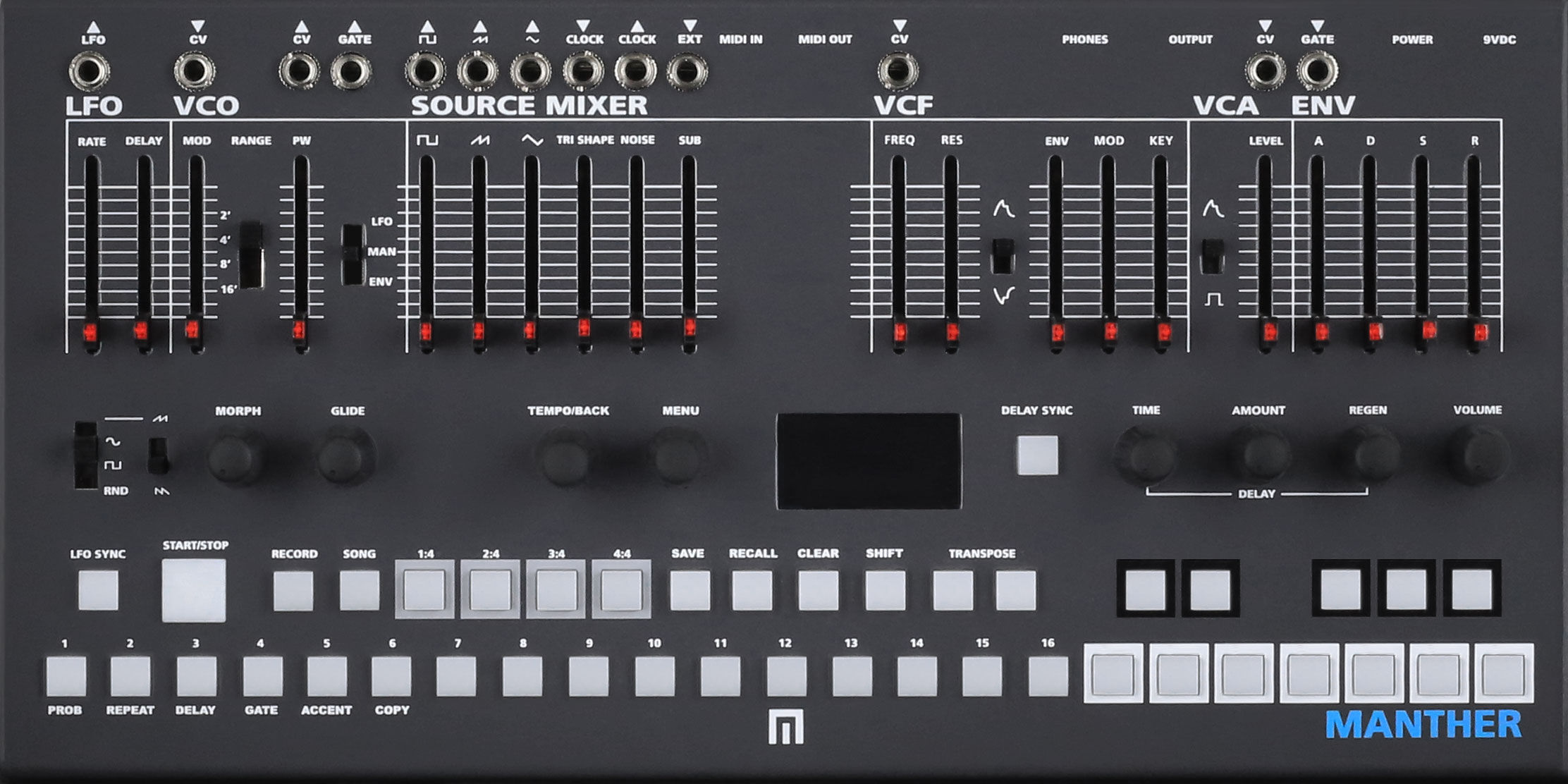 Manther is a full-featured tabletop synthesizer from the Portland, Oregon-based Malekko Heavy Industry Corporation. It is a monosynth with an analog signal path and features an advanced 64-step digital sequencer as well as onboard delay. The biggest selling point for the Manther is its CEM3340 based VCO IC chip, and its analog filter is also based on an SSM2044 chip. The CEM3340 is quite coveted and featured in everything from the Roland SH-101 and Sequential Prophet 5 to the Oberheim OB-8 and OB-Xa. The SSM2044 is also a classic in its own right and was used in everything from the Korg Monopoly to the Polysix. In addition, Manther has a Source Mixer giving users total control over the square, triangle, saw, tri shape, noise and sub levels, and waveforms, including individual outputs.

Thanks to the digital sequencer, each step can be automated across all mean features. It can also save all automation within a total of 64 presets. Songs can be built by simply selecting the presets that you want to play in any order. The keyboard with transpose controls can be used to quickly program notes, and Repeat and Probability functions can be utilized per step. To set up the more complex features, users can make use of the menu, which also offers additional control. It covers everything from Sub Semitones and the ADSR envelope to sequence direction, sequence division and multiplication, LFO phase, and much more.

In terms of inputs and outputs, Manther was designed with 3.5mm jacks on top of the enclosure. These are for use with Eurorack modules, but it can also be linked with other external gear over MIDI by making use of the two rear MIDI jacks. From left to right, it has LFO Output, VCO CV Input, Sequencer CV Output, Sequencer Gate Output, Individual outputs for square wave, saw wave, and triangle wave, analog clock input and outputs, external audio input, MIDI input and output, VCF CV input, headphone output, VCA CV input, and envelope gate input. Finally, the rear panel also hosts the power in and power on/off button.

Overall, the Manther is a very straightforward and easy-to-use synthesizer. It is a very versatile monosynth and offers plenty of sequencer possibilities. The interface also makes it great for users who want a hands-on experience. There are cheaper alternatives to this synthesizer, but it is a very inspirational bit of gear in terms of sound and functionality. 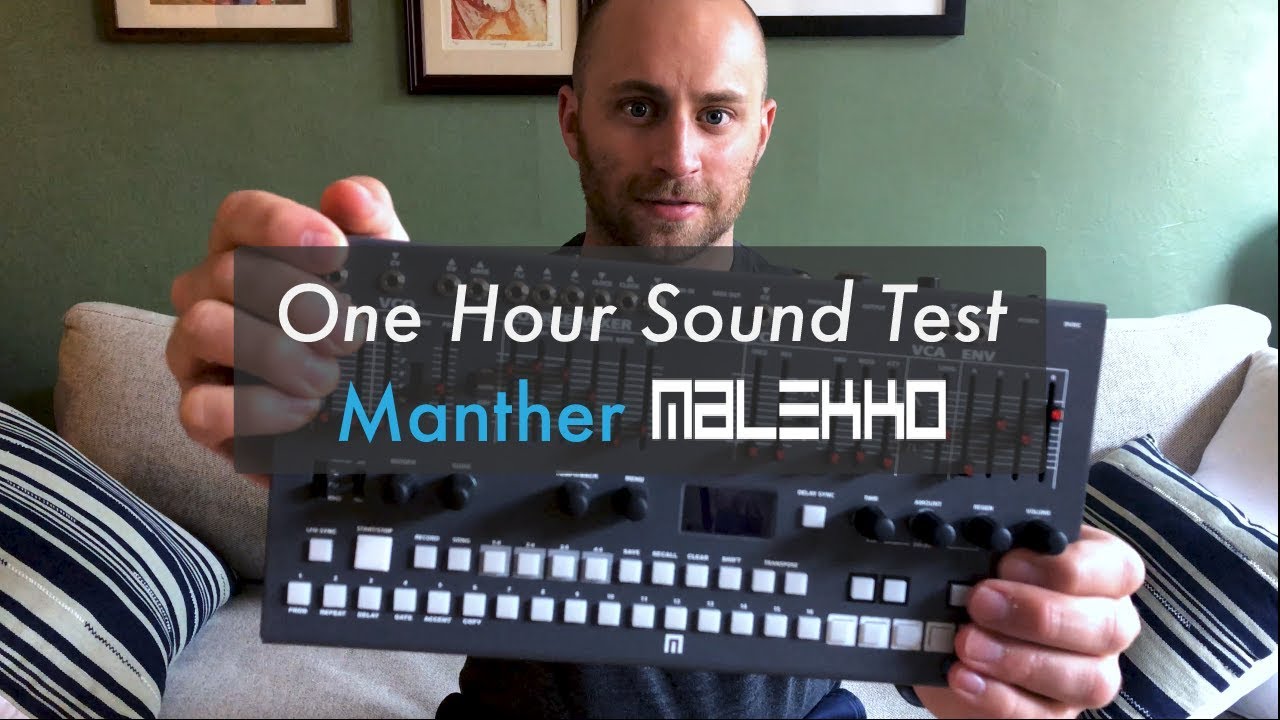