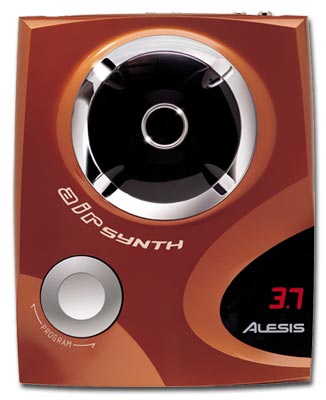 In the earlier part of the 20th century a man named Leon Theremin created a simple synthesizer that was controlled by moving your arms within an electro-magnetic field. This concept in synthesis has recently re-surfaced with modern applications in the Roland MC-series grooveboxes. Alesis has taken this idea to the extreme with their stand-alone airSynth.

The airSynth creates a 3D infrared beam called the Axyz interface. Passing your hand over it in various ways triggers and produces unpredictable but controllable results from its built-in sounds. The airSynth has 50 presets ranging from synth sounds to musical instruments, to ambient and natural sounds and effects.

The airSynth is very simple to use. There's no editing to do...no programming... just choose a patch and wave your hands around! In fact the airSynth is marketed towards the DJ and home user markets. Although it can easily be used for professional music production, it only offers stereo RCA inputs and outputs. There is no on-board MIDI or studio-quality connections. But it can add wacky new twists to your DJ mixes, tweak your favorite CDs, and impress your friends with its sci-fi appeal! 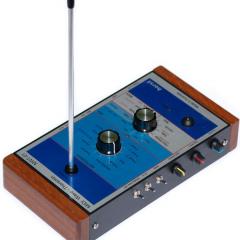 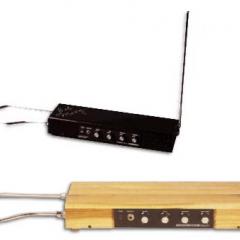 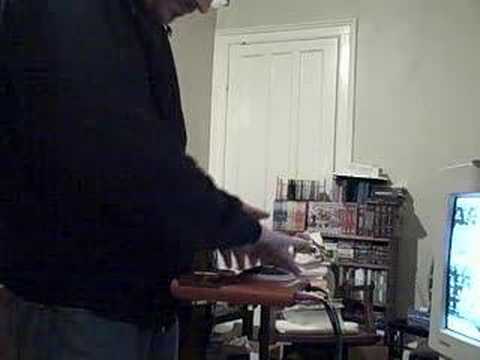 Alesis AirSynth pt. 1
by
PatrisKatholos
ManualAlesis have made manuals and program charts for many of their products available on-line, for free download as .PDF files.