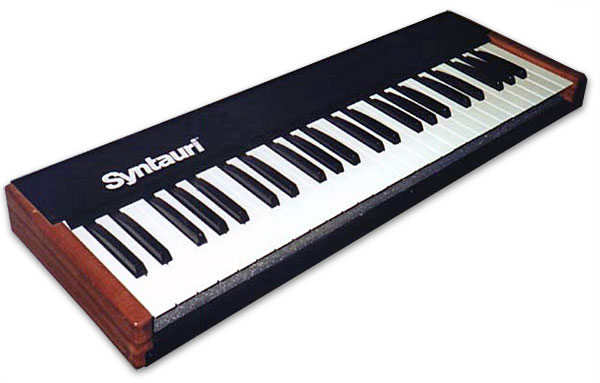 Twenty years before soft synths became commonplace in music production, the Syntauri Corporation had the idea of forgoing the typical hardware route and instead using a personal computer to handle its processing and functionality. Billed as the first affordable digital synth (around $1,500, Apple IIe not included), the alphaSyntauri competed directly against the Synclavier and Fairlight systems (both about $40,000 more) and set an impressive standard for 1980. It seemed to be most popular in academic settings, where Apple II systems were already commonplace, although it did make its way into a handful of professional recordings.

16 digital oscillators, 8-note stereo polyphony and 8-part multitimbrality came courtesy of the Mountain Computer Music System dual digital oscillator card that is the heart of the system. The brains come courtesy of an Apple IIe/II+ and lots of custom-written software. An external keyboard was available in 49 or 61 key sizes, the latter of which was velocity-sensitive. The primary performance software, "alphaPlus" provided access to 10 instruments, control over a handful of parameters and could manage a keyboard split of two sounds as well. The "alphaPlus" interface also included an odd visual feedback effect of bars displayed on the monitor corresponding to the keys being played. The result was not unlike the light show in the finale of "Close Encounters of the Third Kind". It serves no actual purpose but it looks neat. A 16-track sequencer called "MetaTrak" was also available that was multitimbral and quite flexible. You could play live over an existing MetaTrak sequence. Third party software included many music education titles, as well as some pretty impressive visual wave editing programs.

The sound is fiercely, aggressively digital, a premonition of the first Ensoniq instruments to come a half-dozen years later, thanks to its 8-bit waveforms and utter lack of any analog processing. The upside was that with the right software you could actually draw your own waveforms, making it something akin to a simple sample-playback unit. While the included instruments and presets are wretched, with patience you can get some mean, cutting lead tones and some serviceable organs out of it. 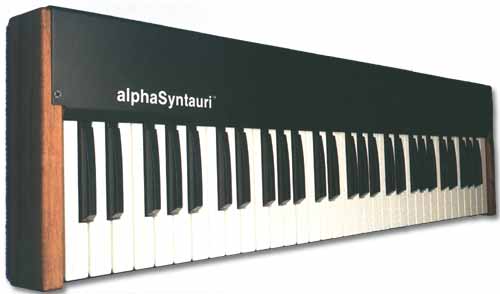 Exactly why the alphaSyntauri sunk with little trace is unclear. The company, Syntauri Corporation, which folded in 1984, likely had many of the management problems that did in its contemporaries. And the computer industry didn't sit still—by 1988, when the last vestige of alphaSyntauri support vanished, the Apple II was old news.

It is difficult to find an intact system these days. The part most commonly missing is the keyboard interface card, most likely forgotten about when old Apple systems were discarded. The keyboard controllers, while fairly common, are useless without the interface card, and precious few 20+ year old 5 1/4" floppy disks are still readable. Your best bet is to find an intact system someone else already has, otherwise be prepared for one heck of a scavenger hunt.

Whether or not the hunt is worth it depends on your attitude towards the sounds. The success of the Elektron Sid Station suggests that there is a market for 8-bit grunginess, particularly in the electronica realm. Though not terribly rare, the alphaSyntauri is a fascinating piece of both synthesizer history and computer history. It has been used by Herbie Hancock and Laurie Spiegel. 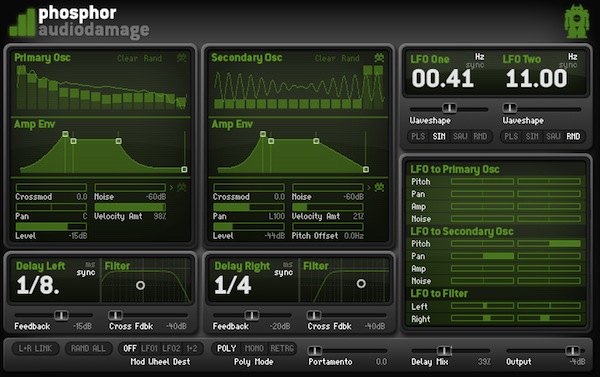 Alternatively, you can forego the trouble of locating all that ancient equipment and get the alphaSyntauri for your modern computer/DAW for just $59! Phosphor is a VST instrument from Audio Damage modeled on the alphaSyntauri. “Phosphor's topology closely follows the alphaSyntauri, while adding many modern features such as full velocity control, a much more extensive modulation routing system, tempo synced LFOs, a pair of delays, and two monophonic modes. The noise and oscillators are able to work in the original alphaSyntauri resolutions, and can also be run at modern sample rates. All this results in a much more sophisticated and capable synth than the original, without compromising the ability to recreate the classic sounds of the early days of digital synthesis.” 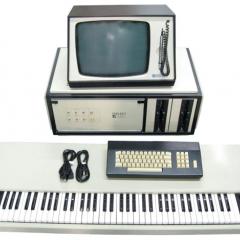 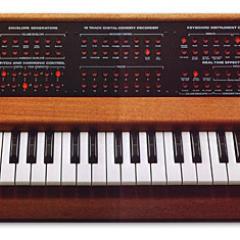 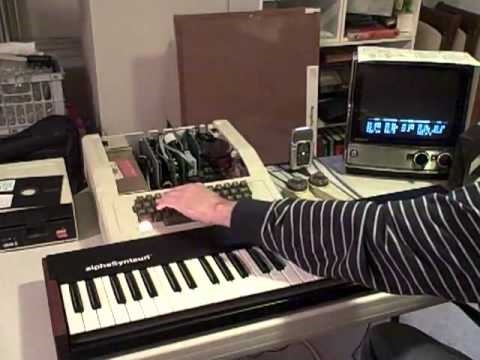