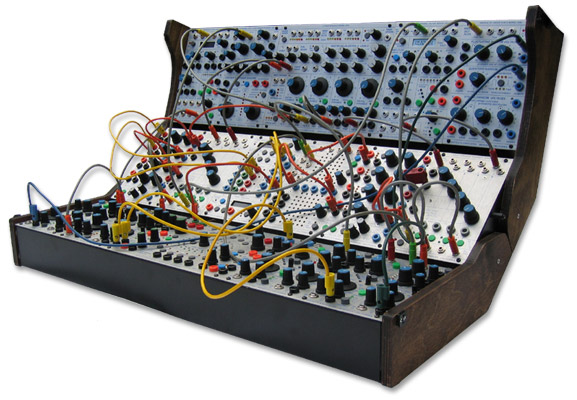 The Buchla 200e is a 21st century rebirth of the 70's classic 200 series analog modular systems from Buchla. It is still an analog synthesizer, but with some 21st century improvements, most notably the addition of MIDI control, patch memory storage and digital hybridization. Other improvements include internal MIDI buses, more voltage controlled parameters, a router for signals and control voltages, velocity sensitivity, and a redesigned output section of the complex oscillator module. A few new modules have also been added including a duophonic pitch class generator and a triple morphing filter.

The 200e may be new but it is still a classic modular system. That means potential customers must start with an empty cabinet, and select the synthesis modules from the 200e series to design the system to their personal needs. It is even possible to add some of the original classic 200 series modules to it, and to add the new 200e series modules to an original 200 system. With five cabinet sizes to choose from (from 2 panels to 18 panels), no two systems may look alike, and they can range from just a module or two to the complex analog beast pictured above.

The 200e series is not exactly analog either (nor digital). The 200e series is truly an analog-digital hybrid modular system with an analog user-interface but a state-of-the art underlying electronic system designed to provide stable, dynamic musical sounds with exceptional sonic quality. Buchla's engineers sought the best possible designs for their modules which meant that in some cases the signal path may be truly analog, while in other cases they may in fact be digital. Almost all analog signals are also controlled by digital componentry for maintaining stability or to enable patch storage, for example. Speaking of patch storage, the 200e will only store knob settings and switch position but not patch cable routings.

As awesome as having modern day Buchla 200 analog systems available for purchase is, they are still very hard to come by. New systems must be ordered directly from Buchla and they are expensive! A complete system could cost anywhere from $10,000 to $30,000! Individual modules cost on average about $1,000. The price tag, learning curve and really old-school nature will certainly put this system out of the realm of the casual musician. Yet, with the demise of so many classic synth makes (ARP, EML, EMS), and the abandonment of their analog-modular heritage by so many existing makes (Roland, Moog, E-mu) it is truly exciting to see one of the original pioneers, Don Buchla, using today's technology to continue making yesterday's synthesizers.

Modules for the Buchla Series 200e 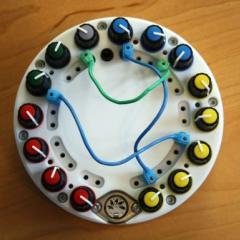 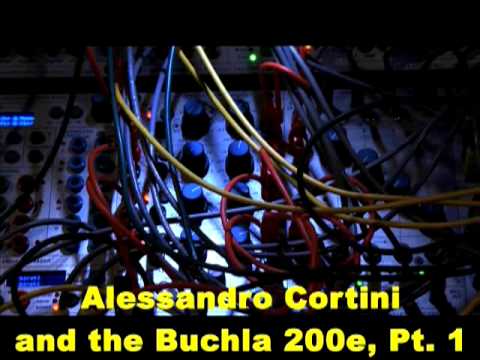 Alessandro Cortini and the Buchla 200e, Part 1
by
plugtpd