Quite a rare analog synthesizer from the early 1980's (only 3,000 made). The Chroma was originally an ARP project. However Rhodes picked it up after ARP dissolved in 1981. Rhodes, best known for its Electric Pianos released the Chroma (and Chroma Polaris) as their premiere analog synthesizers. The Chroma had 16 voices with 1 oscillator per voice (or 8 voices with 2 osc/voice), a 64-note velocity sensitive weighted keyboard, and a very complicated but powerful synthesis design. Programming was further complexed by a limited implementation of just 2 rows of membrane push-buttons. With few sliders to grab, hands-on control is cut short. However the Chroma is a very stable and elegant synth with complete auto-tuning, split-keyboard mode and the ability to link to a computer!

Although the Chroma came before there was MIDI, all was not lost. Rhodes used ARP's proprietary Digital Access Control which was used in some ARP instruments for inter-connecting them. Midi retro-fits can be purchased these days which convert MIDI to ARP's DAC system. Perhaps its most advanced feature for its time was the ability to interface with an Apple IIe computer for sequence and patch storage using dedicated Chroma software! That may not be very practical today, but historically it was a significant example of how synthesizers and personal-computers could work together. Also on-board you'll find two arpeggiators, a graphic equalizer, pitch/mod and 6 other sliders. A keyboardless expander module of the Chroma was also made available. It has been used by Jethro Tull, Herbie Hancock, Joe Zawinul and Oscar Peterson. 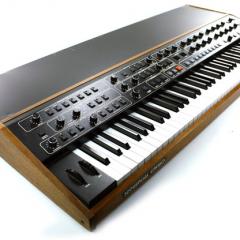 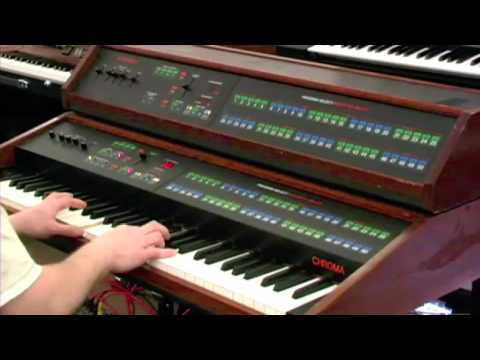