Well there it is, Italy's first analog synthesizer. The rare Davolisint was released in 1972. It's not so much a synthesizer as it is a monophonic organ. And while it may be a historic instrument in terms of Italy's contribution to synthesizers, the Davolisint is actually kind of awkward and leaves a lot to be desired for us 21st century folks.

It was produced by Davoli Krundaal Musical SRL, a small Italian company that manufactured various musical accessories and organs. The Davolisint began their foray into synthesis. It offered two analog oscillators with only one very harsh square waveform, independent vibrato for each oscillator and portamento. And that was pretty much all! No filters, envelopes or oscillator syncing. The only real option available to shape the sound was the ability to detune the two VCOs. And before getting too excited about it having two VCOs, remember that they have the exact same waveform. The keyboard is only playable over two-octaves; the lower grey keys of the keyboard are redundant momentary switches that mirror the controls of the rocker switches above.

On the left-hand side of the keyboard are rocker switches to engage the various footages of the oscillators, from 32' all the way up to an ear-piercing 1/2'. Multiple footages could be engaged at one time creating a full sound many octaves thick. However, this is not polyphony—the Davolisint is monophonic and uses an octave divide-down technology to layer octaves of the same note. The rocker switches on the right side turn on or off VCO1, VCO2, Vibrato 1, Vibrato 2, T1 and T2 (which engage increasing amounts of portamento) and C—a sort of constant drone of the low C note. In the middle there are sliders to adjust the tuning of VCO1 and VCO2, and the rates and depths of Vibrato 1 and Vibrato 2. All that remains is the "Extend" lever which is a spring loaded pitch bend—pull it down and the pitch bends upward one full octave, and then the lever slowly returns to its default position.

So most of these basic rocker switches—footage, Vibrato 1 and 2, T1 and T2 and C all have redundant control from the keys within the grey octave. The idea was probably that while playing, it would be easier to make quick changes to your current settings right from the keyboard instead of reaching for the rockers. For example, want to quickly add a dose of vibrato to VCO2 during that solo, just hold down the VIB 2 key while playing, as needed. Or you could add extra octave footages while playing, just to articulate some variations to the sound, or to shift the keyboard up or down some octaves. In fact, creative use of the grey keys could actually lead to some really dynamic performance results not really possible with traditional synths.

While the Davolisint may seem like something that, arguably even deserves to be called a synthesizer, it should be remembered that the year was 1972. Compact synthesizers were only just beginning to emerge. In fact many synths about to appear in this era included analog synthesizers based on scaled down modular systems, string synthesizers and organ-based divide-down synths like this one. In other words, the synthesizer world was still developing. So limitations aside, the Davolisint does deserve a place in history as being the first Italian synthesizer, soon to be followed by those from Crumar, Siel, Logan, Elka, EKO and Jen. It has been used by Dave Sinclair of Caravan and the Moog Cookbook.

Amazingly, the Davolisint inspired a free VST soft synth version in the Elektrostudio DavoSynth (circa 2009). It's pretty faithful too, except for stereo sound and delay, chorus and adjustable pitch bend range. 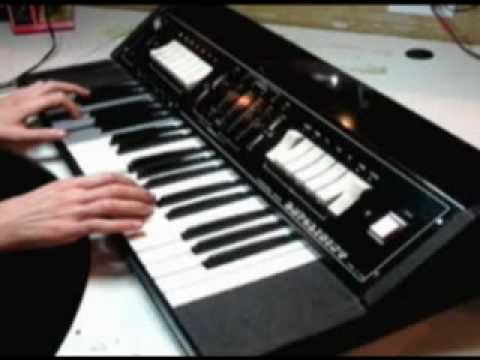 Davolisint Demonstration
by
Switched On 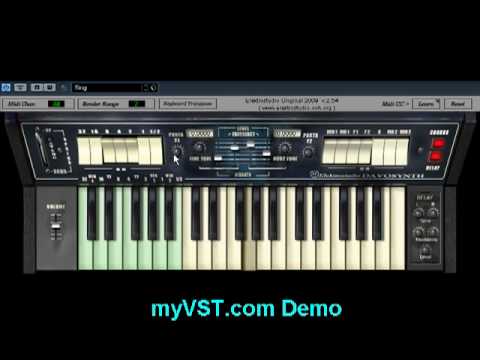