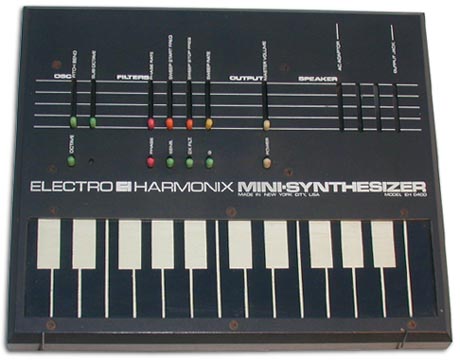 The Mini-Synthesizer is a novelty instrument these days. It's basically a plastic & metal box with a couple colorful sliders and a few buttons. Its 25-note keyboard uses membrane buttons rather than real keys. This can be uncomfortable and unreliable to play. Other synths that tried this approach to touch-keyboards include the much better sounding EDP Wasp and the more advanced touch sensitive Buchla and Serge machines. The inclusion of a built-in speaker indicates that the Mini-Synthesizer was, and always will be an entry-level, ultra-compact, portable synth.

As for the sounds, well there isn't much here. The Mini-Synthesizer features just one analog VCO with just a Pulse waveform. Although there is an octave divider and dedicated LFO for a Pulse-Width-Modulation (PWM) effect, this single VCO does not stack up against other synths if you're looking for thick or punchy analog bass, organ and synth sounds. There's a rather quirky analog filter onboard too. Two sliders control the cutoff-point at the start and end of a note, another slider controls the sweep rate between them and the fourth slider adjusts phase-shifting of the filter. Resonance, phase in/out and sensitivity are handled by on/off switches. Finally it also has a 2x switch which also creates a phase-shifty effect.

Some models (unlike the one pictured above) feature an analog delay effect for some nice echo. They also feature a Ribbon-Controller above the keyboard for a glide effect. Although these may be nice, the Mini-Synth still lacks memory, ADSR envelope controls, CV/Gate and actual keys. It may be capable of a low bass sound that could be worth sampling but the lack of controllability and playability leave much to be desired. And unless you're into esoteric gear, the Mini-Synthesizer is at best, a collectible. It has been used by Van Halen, Jean-Michel Jarre, Jimmy Edgar, and the Moog Cookbook. 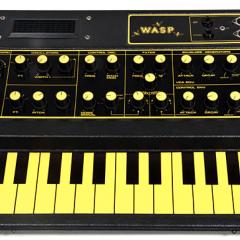 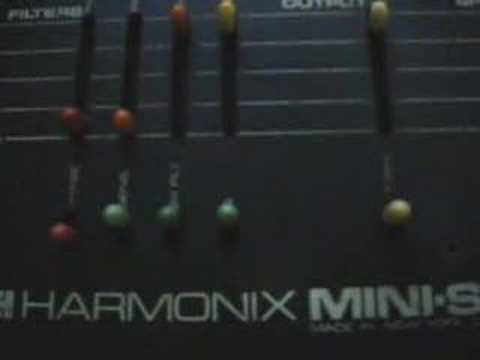