Around 1974/75 Hammond Japan released the 102200 Preset Synth - a single oscillator keyboard that was intended to complement (or sit on top of) your Hammond Organ or Piano. It is in the same league as the Pro-Soloist from Arp, the Satellite from Moog and the SH-1000 from Roland.

There are a desultory six presets. These are French Horn, Tuba, Violin, Sax, Clarinet and Solar Echo. The two things that make this synth very cool indeed are its rarity (around 200 were made and most of them were probably junked years ago) and the patch matrix that allows even a simple organist to get some pretty synth-like sounds by selecting buttons alongside a graphic of what the button does to the sound. 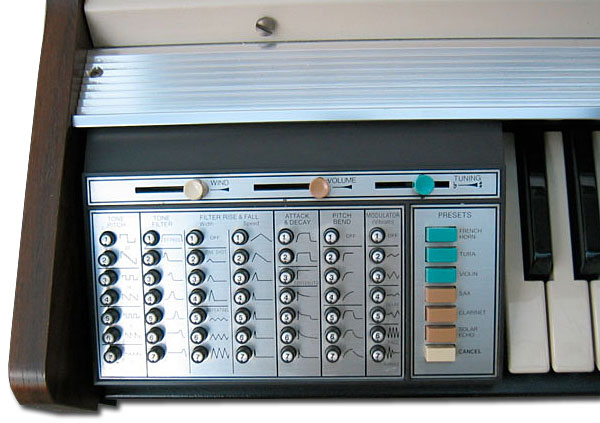 There probably is divide-down technology in there somewhere as the manual suggests multiple selection of octaves. A square and a triangle wave are available at 32',16', 8' and a saw wave only at 4'. There are over 300 possibilities using the matrix which is divided into: Tone Pitch, Tone Filter, Filter Rise and Fall, Attack and Decay, Pitch Bend, and Modulation. There's a filter modulatable noise source too. 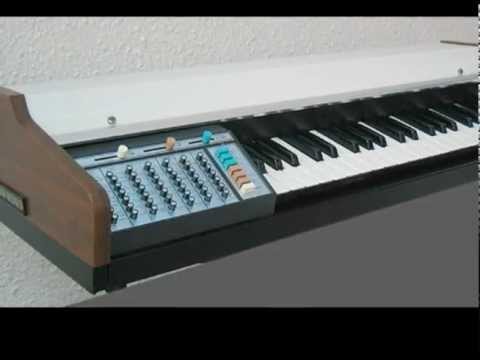