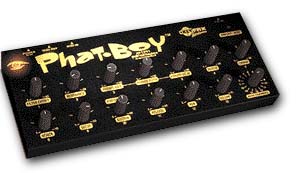 The Phat-Boy is a full featured real-time MIDI Performance Controller. It has 14 knobs for tweaking various parameters on your MIDI synthesizers and sound modules. It works with most new gear, anything that will respond to continuous MIDI controller data, Roland GS and Yamaha XG systems. Use it for hands-on filter tweaking, LFO and envelope modulating and other effects manipulations. The Phat-Boy will either add more knobs to your current synth or provide you unparalleled hands-on access into the guts of your synth!

The 14 soft-knobs provide access to the Filter Cutoff, Resonance, Vibrato Speed, Vibrato Depth, Vibrato Delay, Reverb level (Channel), Chorus (FX), (Channel), Envelope Attack, Envelope Decay, Portamento/Sustain, Envelope Release, Pan, Volume and MIDI Channel of your synth. Again, any XG/GS or AWE soundcard will work as well as most other instruments including the computer-based ReBirth! Unfortunately the 14 hard-wired knobs can not be individually programmed to transmit unique MIDI sysex messages or other controller data like Kenton's Control Freak, making the Phat-Boy less flexible or useful with older MIDI and non-MIDI synths.

The new V2 version features 3 new operating modes. One of these new modes provides direct support for the Roland JV-1010 and JV-2080 super synths. Another features standard MIDI Continuous Controller numbers from 40 through 52. The third new mode offers special Continuous Controller configurations for easier assignment of the knobbies to your MIDI CC gear. New Phatboys ship with the V2 update and existing users will need to buy an EPROM upgrade from KeyFax. The Phat-Boy is used by Fatboy Slim. 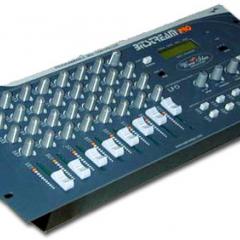 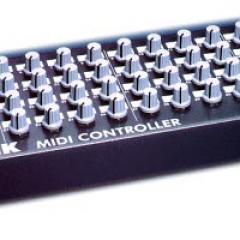 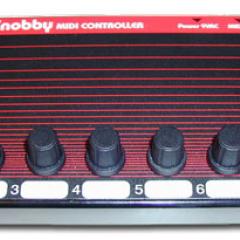 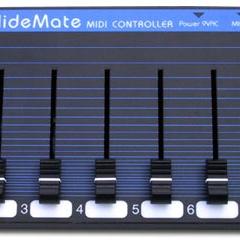