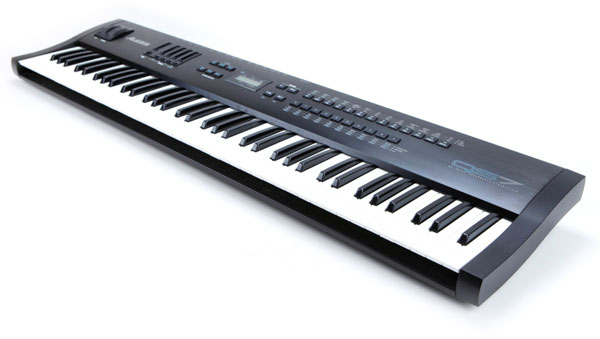 The QS7 was released shortly after the QS6 as an enhanced and more Studio-quality version of what was already a powerful multitimbral synthesizer from the effects-box geniuses at Alesis. It featured a larger 76-note keyboard with semi-weighted action and a more conservative black chassis. Additionally, the sound engine has been doubled from 8 to 16 MegaBytes of sample/synthesis ROM (and is expandable to 32 MegaBytes). It also added 2 more stereo outputs, 2 more assignable control sliders, discrete MIDI OUT and THRU ports, a third Expression Pedal input, ADAT optical digital output, 48kHz clock input, and a second PCMCIA expansion card slot.

As a master synth, the QS excels in it's price range, except for that tiny LCD display which makes navigating through the pages and pages of program settings pretty tedious. The QS7 implements the powerful QS Modulation Matrix, allowing users to assign virtually any controller source to any modulation parameter. There's an onboard multi-effects processor (based on the QuadraVerb 2) with four totally discrete effects busses that include reverb, delay, rotary speaker simulation, distortion, chorus and much more. With a direct Mac or PC hook-up, loading patches and editing via software is a snap! QS synths shipped with Alesis' Sound Bridge software for Mac/PC which lets you write AIFF and WAV samples, Standard MIDI Files and Program data to PCMCIA Flash or SRAM cards. It can play Standard MIDI file sequences from the expansion cards without the use of an external sequencer. For a Studio-quality synthesizer that isn't focused just on dance or trance, be sure to consider the QS7.

The QS8 is a full 88-note keyboard version with weighted hammer-action keys for players who need that realistic piano feel when they play. The QSR is identical to the QS7 and QS8, except that it is a keyboard-less rackmount version. 1999 saw the release of the updated QS7.1 which was a vast improvement over this original. 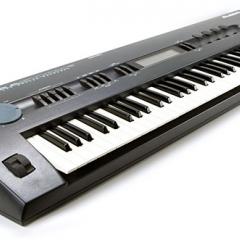