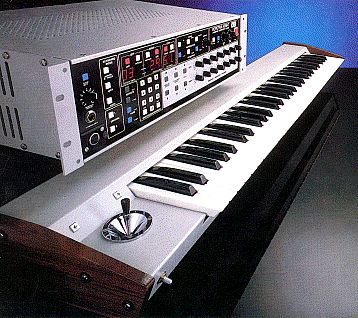 The Voyetra 8 represents a new way of thinking in synthesizer technology, but it never succeeded. The Voyetra is not at all a bad synthesizer. It creates rather striking sounds. At first glance it looks like an old computer system. It is composed of two pieces, the VPK-5 remote 61 note keyboard with aftertouch and velocity. And then there is the main synthesizer module itself. The synth is analog with 8 voices of polyphony.

Up front and very hands on are some knobs for basic but essential controls like cutoff, attack, LFO rate, de-tune and more. Much more in-depth programming and modulation routing can be done using the computer-like interface. There's a great 24dB/oct low pass filter, a very flexible and routable pair of LFOs for creating really weird or sweeping sounds and effects. There are 100 patches for storing your settings. There is even a simple arpeggiator, a 1700 note sequencer and a ring modulator.

The Voyetra 8 is a sophisticated analog instrument. Only serious musicians should consider it, however. Its programming can be difficult and require a lot of skill and knowledge. It is also very pricey and often hard to find. The Voyetra 8 has been used by New Order, Depeche Mode, the Eurythmics, and Trevor Horn ("Video Killed The Radio Star").

Note: The Voyetra 8 was made by the company Octave-Plateau (originally Octave Electronics) who in 1986 changed their company name to Voyetra and then finally to Voyetra Turtle Beach. 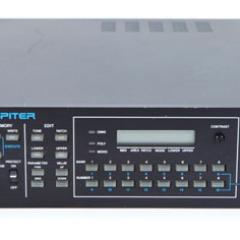 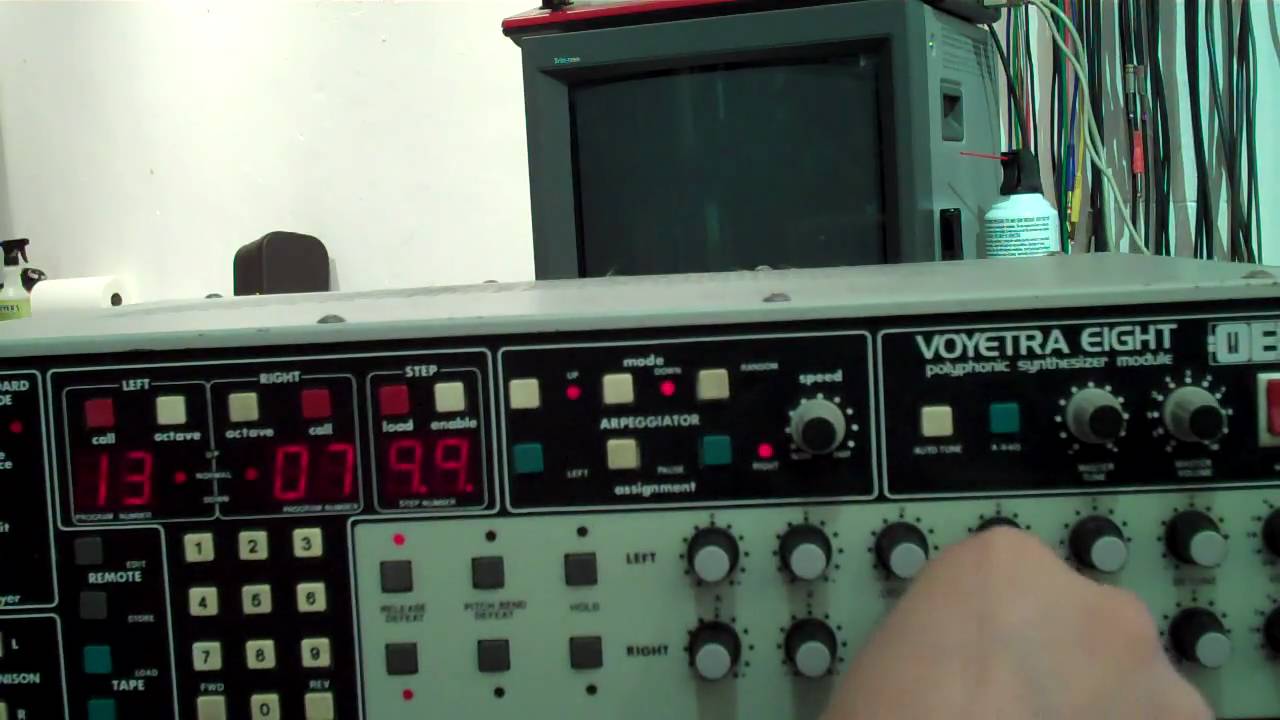 Images from Synth And Midi Museum.