The German made PPG (Palm Products GmbH) Wave 2 series of synthesizers are incredibly great sounding analog/digital hybrid vintage synths. They use digital samples of wavetables and feature analog VCA envelope and VCF (filter) sections for a classic and warm sound. The Wave 2.2 has oscillators that can generate over 2,000 different single-cycle 8-bit digital waveforms! Covered by knobs, the Wave still looks analog and this comprises the "Analog Control Panel". More complex and new-wave editing of the wavetables and samples is covered by the "Digital Control Panel" where there are several key-pad buttons and an LCD screen. Another familiar treat to analog junkies is the inclusion of an 8-track sequencer which features automation of pitch, loudness, filter cutoff, waveforms and more. A cool feature - its onboard sequencer will also record any filtering and wave changes, in real-time!!

In fact it was Tangerine Dream who helped the company and the Wave develop. 1978 saw the development of the PPG Wave Computer 360. But the Wave Computer sounded harsh and tinny. In 1981, the PPG Wave 2 was released which added analog VCF and VCA filter and envelopes to warm the digital sound. The original Wave 2 had 8-voice polyphony, like the 2.2 and 2.3, but it had only one oscillator per voice. The 2.2 offered two oscillators per voice which opened up a whole new realm of sonic possibilities because two separate wavetable sounds could now be combined.

From Waldorf comes the PPG WAVE 2.V, an amazing new VST Plug-In that recreates the functionality and sounds of the Wave 2.3. Read more about it!. 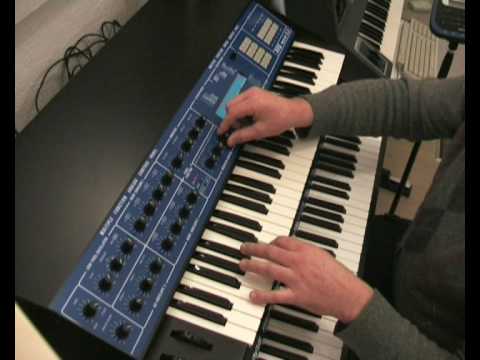