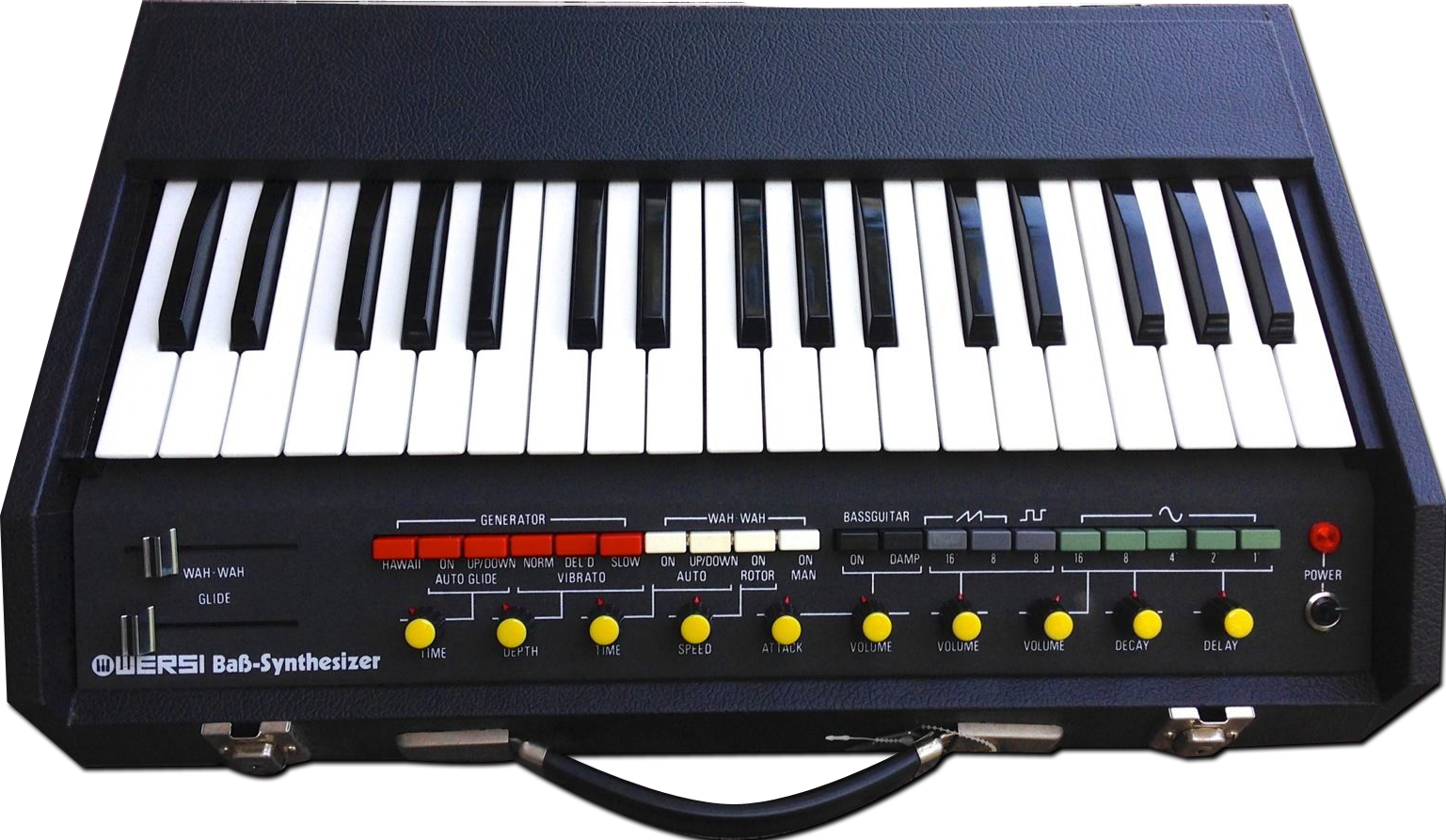 Billed as two instruments in one: an Electric Bass Guitar and Synthesizer, this compact light-weight instrument from German organ builders WERSI was aimed at keyboard and organ players. The purpose was to give the organist/keyboardist some Bass Guitar and Synthesizer sounds they could incorporate into their performances. It is a monophonic analog synth with funky controls, decent sounds and a unique character.

The Bass Guitar sound is actually very realistic, really capturing the sound of an electric bass guitar or acoustic bass. It has an attack control called "On" that lets you adjust the initial attack to make it sound like a picked bass or a fingered bass. A "Damp" control is essentially a sustain envelope that can be used to create more of a muted bass sound.

The Synthesizer section is pretty basic, and definitely designed using organ player lingo as opposed to synth player lingo. There a five flute stops (sine) from 16', 8', 4', 2', to 1', two brass stops (sawtooth) at 16' and 8' and a woodwind stop (square) at 8'. Multiple stops and waveforms can be simultaneously engaged to create more complex tones. These waveform sections, as well as the Bass Guitar section, have independent volume controls to balance their mix.

There is a filter section—a formant filter referred to as "Wah-Wah"—that the brass (sawtooth) and woodwind (square) waveforms can be effected by in either automatic or manually adjusted modes using the "Wah-Wah" slider. No frequency cutoff or resonance knobs or anything usual like that here. Just an "On" switch, direction switch ("Up/Down"), a manual switch and a "Rotor" (auto) switch. A simple envelope section is available with attack and sustain parameters. 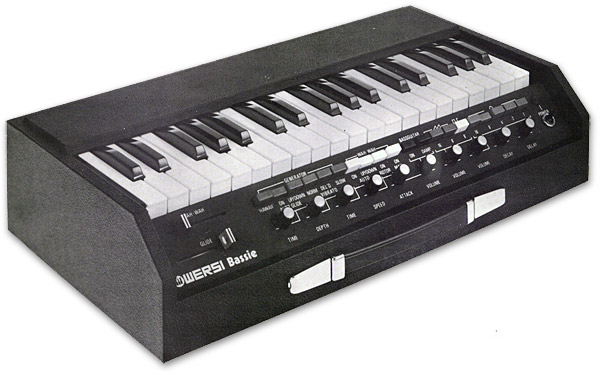 A unique "Glide" slider can be used to pitch shift the keyboard by an entire octave. The octave shift can also be automated up or down at variable speed. A really interesting feature is the "Hawaii" button—an intermittent switch that drops the pitch by a half-tone. It is effectively like a pitch bend but only goes down and at a quick fixed rate. A Vibrato effect is available as well, with rate and depth controls and either continuous or delayed modes.

The WERSI Bass Synthesizer was available in kit form but also came pre-assembled with many keyboard/manual options. The idea being that you could connect it to the keyboard or pedals of your organ, or you could choose from WERSI's 13-, 25-, and 30-pedal claviers. WERSI provided connector kits and a wiring diagram to help connect your own keyboard or pedals to a 16-pin connector interface on the rear of the unit. It was encased in a carry-case-style chassis with a handle and cover.

If looking to buy one of these, potential units should be closely examined, as the original assembly may have been done by the factory or second hand. As a result, a unit may not always be fully functional. Also, some units may have been modified over the years with the original push buttons and knobs replaced by alternative switches and knobs. Other things to consider: is the cover included, are any of the pedal board and connector kit options available and are the owner's manual and assembly instructions available.

Although the model pictured above (taken from a Wersi product brochure) calls it the "Bassie" on the front panel, they almost all usually say "Baß Synthesizer" on the front panel. That ß symbol is just another funky quirk of this synth—it's from the German alphabet for the "ss" sound. The model designation of the Bass Synthesizer was AP-6 (usually printed below the power cord socket), so you may also see it referred to as the Wersi AP-6. 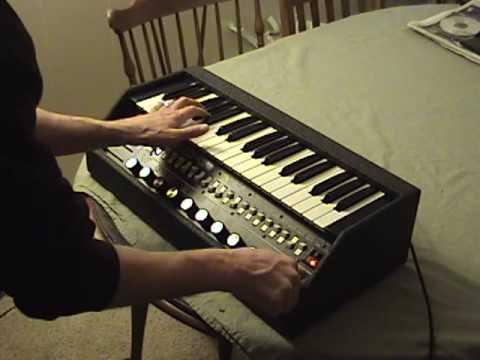 The Wersi Bass Synthesizer
by
AutomaticGainsay 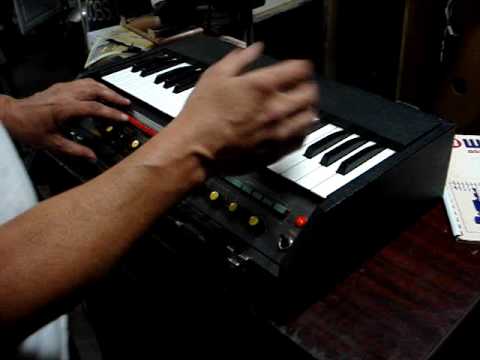 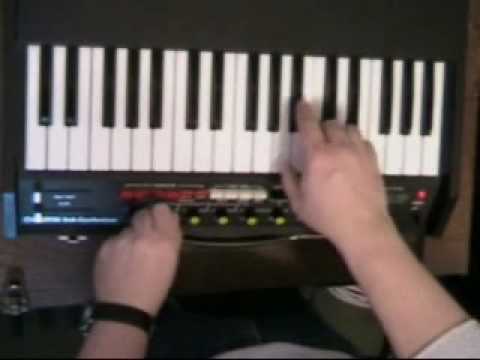