The Transcendent DPX by Powertran was sold as a kit from around the late 1970s until sometime in 1982 when it finally disappeared from the Powertran pricing catalog. The selling price for a complete kit in 1982 was £295; at the same time the Transcendent 2000 (mono synth) was sold as a complete kit for £165. The Powertran CEM based Polysynth complete kit (with 1 voice) was sold for £275 with up to 3 additional plug in voice kits at £42 each and £245 for the 4 voice expansion kit taking the Polysynth to 8 voices (16 CEMM based Oscillators). All three Powertran synths were designed by Tim Orr (EMS). 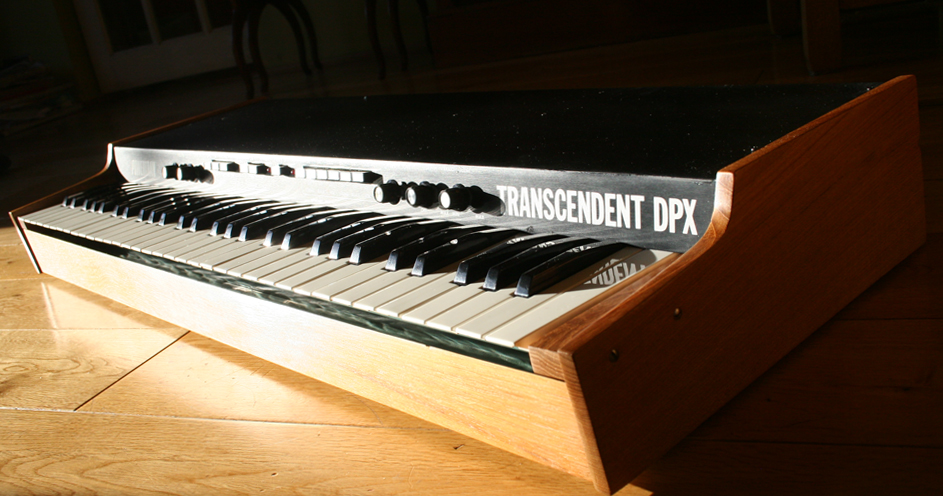 The Transcendent DPX was designed to be a versatile keyboard instrument with a choice of several different voices and characteristic waveform envelopes with a split keyboard and a dynamic option. Realistically, the functions of the DPX are fairly basic in comparison with other Digital Piano and String synthesizers of the time though the inside design and build was ahead of most due to the minimalist cabling required. DPX has two types of “Piano” sound (Honky and Piano) plus Strings and Brass sounds selected using multi poled switches that interlock with one another on the front panel. There is a chorus, vibrato and delay function along with tone and volume control. The keyboard is touch sensitive, the keyboard DAC is 6bit – but 61 note not 64. Output of the DPX is mono (high, low).

The DPX sound generation is based on a single master oscillator (the NE566) producing a 1000.45KHz square wave which is then digitally divided by twelve integers and then divide down further from the top octave, this gives the DPX full polyphony. The cost, restricted functionality and multiple circuit board build of the DPX meant the number of kit units sold was far less than that of the still popular “single board” Transcendent 2000 Mono Synth kit. Powertran’s other synth Kit, the Transcendent Polysynth, was also seen as far too complex for most people to build so again these also did not sell in great numbers. 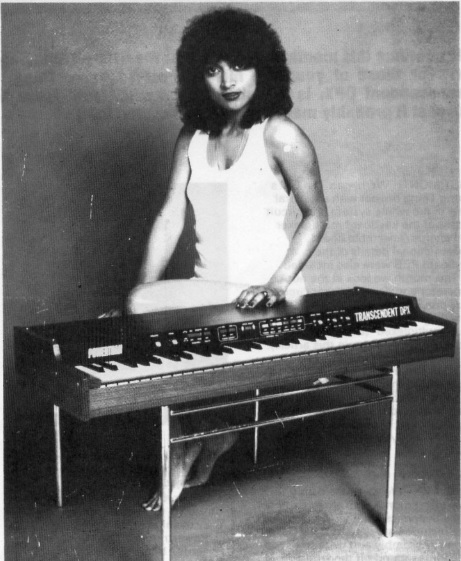 It is hard to estimate how many surviving DPX remain in working order as a large number of the kits sold never got off the ground due to failed construction. Even if they didn’t fail to begin with it, was only a matter of time before they did - mainly due to the inexperience in electronic construction by the person who purchased them and as such lead to poor build quality. It is safe to assume that during the late 1980's and throughout 1990’s during digital instrument revolution, a large number of self-built kits from Powertran and other suppliers found their way to landfill. Most of the surviving DPX units that now become available have severe faults and normally need a rebuild from the ground up. All considered, the Transcendent DPX looks good with wooden ends and matt black painted panels. It’s fairly large but not heavy and sounds good if used in conjunction with outboard FX.