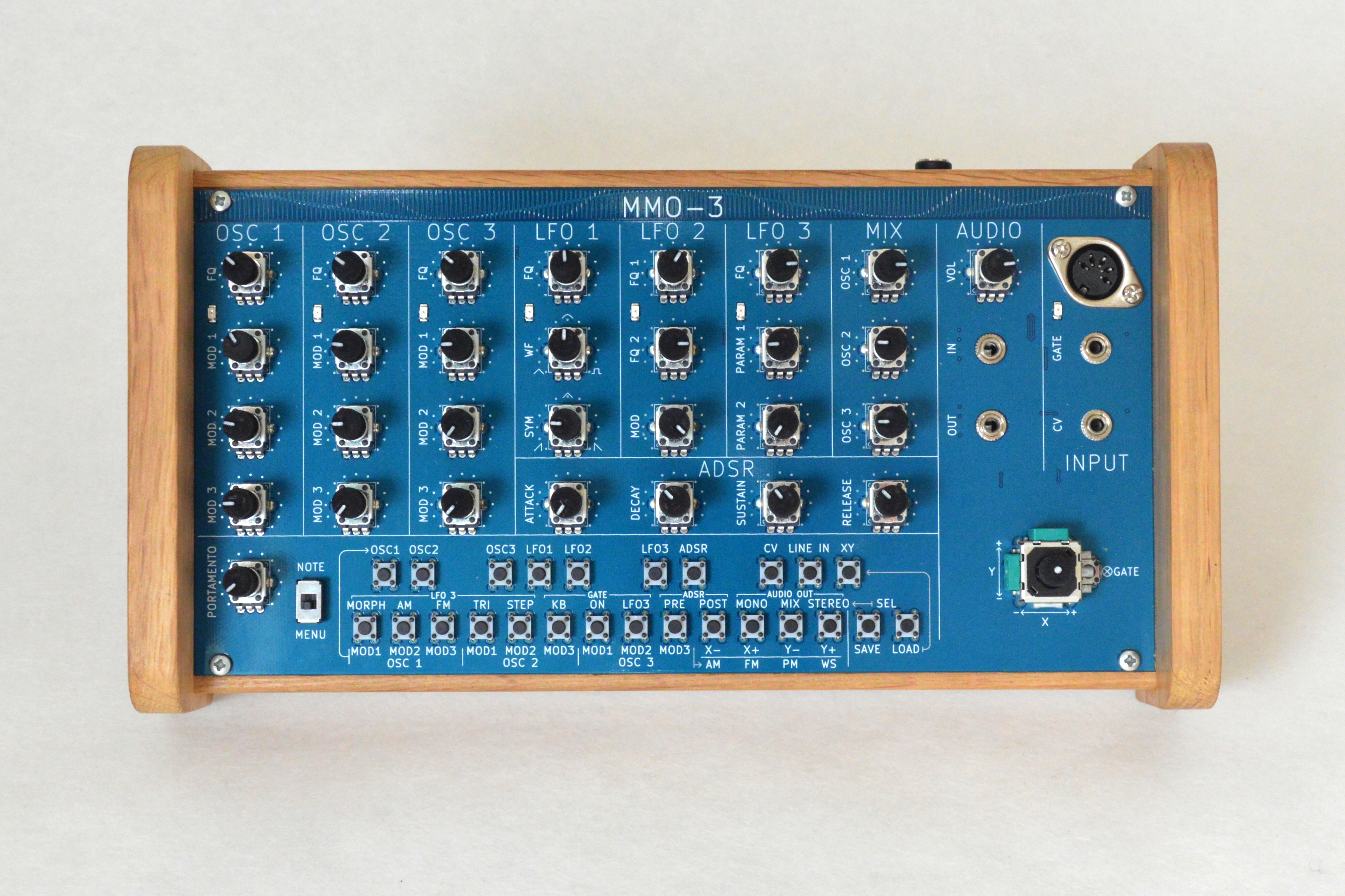 MMO-3 was released by the French company Nozoid in 2017 and is a digital, semi-modular synthesizer. Despite being monophonic, it is stereo and was designed to be mostly dedicated to atonal sound generation. Users who are fond of panning effects will appreciate the stereo output. It was built around AM, FM, PM, and other types of modulation synthesis. Since the MMO-3 provides users with access to rich and complex timbre control, it is possible to coax some interesting sounds out of it.

For the MMO-3, Nozoid decided to not follow the route of typical FM synthesizers and limit it to a specific modulation routing. Instead, all other oscillators or LFOs are able to modulate all three of its oscillators. It also features nine knobs that can be used to adjust modulation parameters. These ensure that continuous and accurate adjustments are possible.

It would be wrong to regard the MMO-3 as simply an FMV synth as it also has Phase Modulation, Amplitude Modulation, and a custom Wave Shaper modulation technique. The latter is particularly interesting as it allows for the amplification of oscillator amplitude prior to a wave-shaper. This makes it possible to add harmonics without frequency variation. Nozoid also incorporated a joystick in the design of the MMO-3 to make it even easier to manipulate modulations. This is a great feature for anyone who wants fast and expressive control of the sounds created by the MMO-3. Along with the joystick, the MMO-3 has a total of 30 knobs that are divided into sections for OSC 1, OSC 2, OSC 3, LFO 1, LFO 2, LFO 3, MIX, and AUDIO. In addition to the oscillator and LFO section, the MMO-3 also has a classic attack, decay, sustain, release envelope which is not as simple as it might appear at first.

Those who are used to normal subtractive synthesizers may find the MMO-3 a bit tricky to master, but with a bit of effort, it has a lot of possibilities to explore. The MMO-3 was released at a time when analog synthesizers were very much coveted by everyone, which meant that it was somewhat overlooked by those who scoff at digital synthesizers. The MMO-3 shares a lot of similarities with its predecessor, the OSC-2, in terms of design and features, but obviously also has plenty of refinements and additional features.

The most obvious are the three LFOs as well as the inclusion of the joystick. Overall, the MMO-3 is a pretty neat little synth for fans of West Coast synth designs or anyone brave enough to experiment with something that doesn't have a classic filter. One thing that users might miss is a display as it can be tricky to keep track of what processes you have active without it. Instead, users will have to rely on their hearing for feedback on which functions are active.

Finally, the design of the MMO-3 is pretty neat with a blue board and wooden frame to hold it all together. Nozoid also opted to put the MIDI connections and audio connections directly on the front panel instead of at the back. The power supply input is still on the back, though. Overall, the MMO-3 is not for anyone who prefers the warmth of analog synthesizers, but if your taste runs towards glitchy and noisy, then this synth has got you covered. 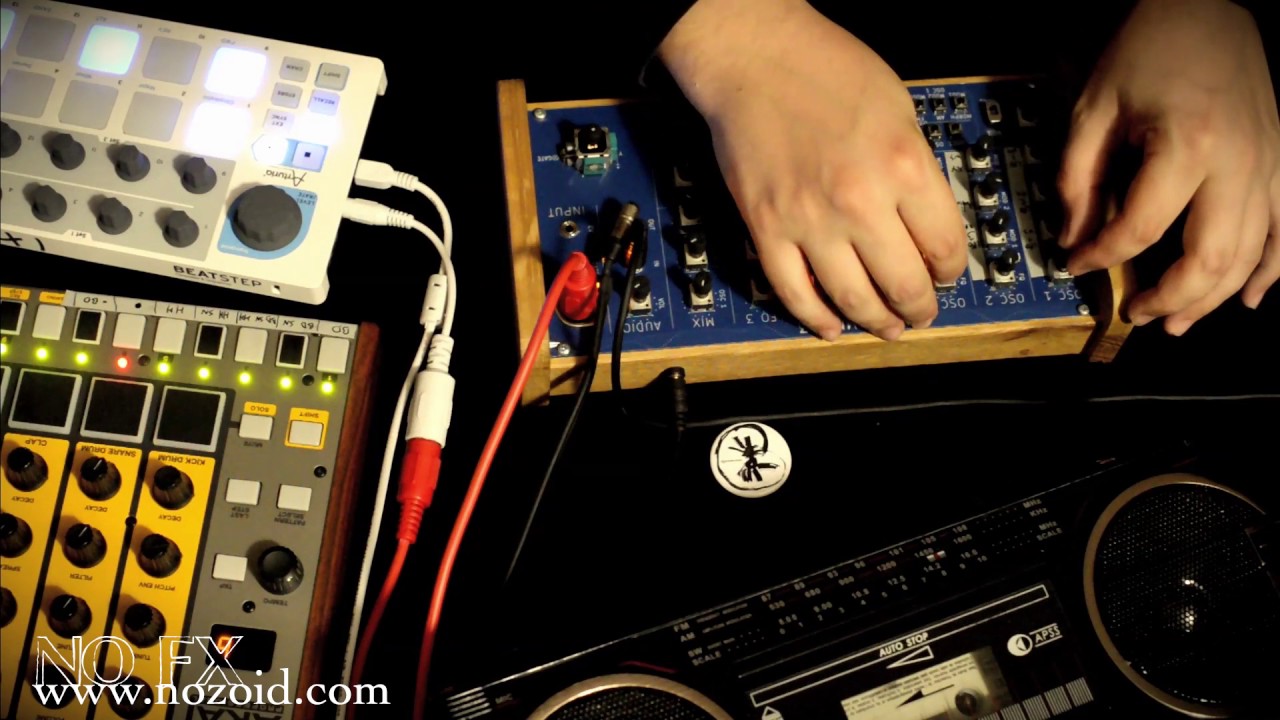