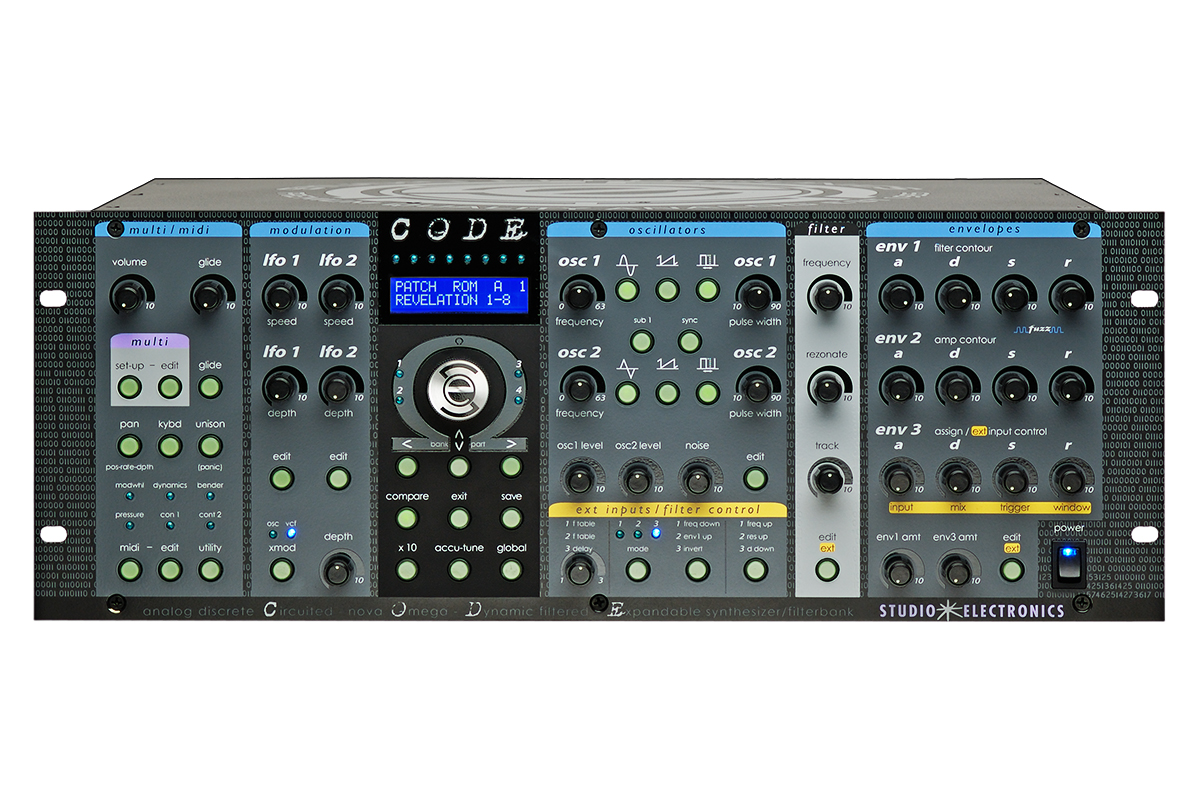 The CODE Omega 4 is an analog synthesizer released in 2000 by the United States based Studio Electronics. What makes the CODE Omega 4 so unique and coveted is the fact that it is a powerful 4-voice programmable synth that is highly configurable. This is thanks to its vast connectivity as well as its deep MIDI control capabilities.

Although the CODE Omega 4 is derived from Studio Electronics Omega synth platform, they have added plenty of enhancements to the hardware. Unlike standard Omega synths, the CODE 4 has eight sinewave generators for oscillator one. This provides it with much more timbral complexity. Another improvement is the enhanced filter control section as well as the inclusion of additional MIDI CC functionality. Using the filter control section it is possible to sweep through all the filter types of the CODE Omega 4 in real-time and increase or decrease the filter frequency. Users can also increase the envelope amount, increase the resonance amount and invert the filter envelope. Both filter ENV delay and "CUT" filter decay are featured.

The CODE Omega 4 is an analog polysynth that allows for full multitimbrality. It is based on four discreet voices and comes equipped with both MiniMoog and SEM inspired filter voicing. In addition to its deep editing capabilities, the CODE Omega 4 is also compatible with a range of aftermarket add-in filter cards by Studio Electronics. The models that can be used to expand the CODE Omega 4 include everything from the 303, and 2600 to CS-80 and Juno / Jupiter.

Although the CODE Omega 4 does not come cheap it was one of the flagship synthesizers from Studio Electronics and still holds up. The ability to access and process each voice individually, in particular, makes the CODE Omega 4 ideally suited for studio and live applications. The true analog sound in stereo is also very impressive and this synth also offers heaps of modulation. The CODE Omega 4 can also be bought in an OD version that provides users with classic analog amp overdrive for each of the voices. 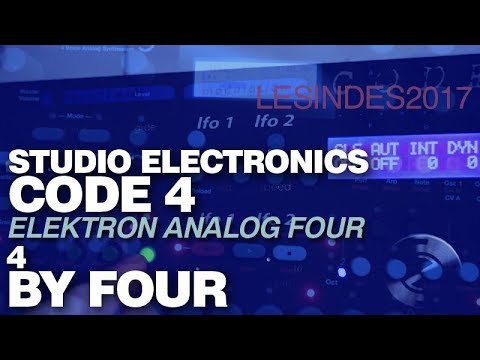