The D-Station is mostly a cosmetic update to the Drum Station v2, so that it will match up nicely with Novation's A-Station Bass Synth module. So, just like the Drum Station, the D-Station brings all the famous sounds of the TR-909 and TR-808 drum machines via mix of Analog Sound Modeling and sampled voices. On-board controls similar to the classic TR machines provide knobs for individual drum sound level, tune, attack and a few others to tweak the sounds in real-time.

Compared to the Drum Station that came before it, the D-Station has a few enhancements, namely 8-note polyphony from the former's 5-notes. Besides a new look, the front panel features more robust and tactile rotary knobs. While the D-Station still seems to be pretty slim on memory - only 40 patches - there are only 12 sounds in the thing, so 40 patches is usually more than enough for designing drum kits with your own custom tweaked sounds. You have total MIDI control of drum parameters and the rotary controls transmit MIDI controller data. These can be recorded into a sequencer and then played back to the D-Station which responds by re-creating the changes in real-time. The only on-board effects are Distortion and Front cut editing of the attack portion of drum sounds.

Like the Drum and Bass Station before it, the D-Station further connects this modern day drum synth to the TR machines of yesterday by including a DIN Sync output. The D-Station converts MIDI Clock data into a Din Sync control pulse which will allow any compatible unit (TB303, TR808, TR909 for example) to run in synchronization with your MIDI equipment. If you want more than just samples of the 808 or 909; if you want truly tweakable and analog sounding replicas, you can never go wrong with the Drum Station, or in this case, the new D-Station. 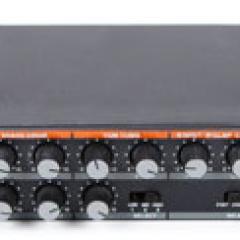 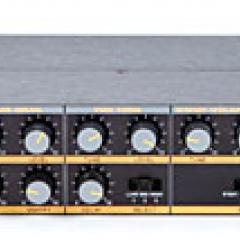