At first glance, you might think that Novation's XioSynth is just a scaled down X-Station. Actually, nothing could be farther from the truth, it's just as powerful, if not more.

Like the X-Station, the XioSynth (available in 25 or 49 keyboard sizes) features Novation's X-Pad (X/Y touchpad) and pitch/mod joystick controllers. The XioSynth retains all the features of the X-Station's synthesis engine (except external audio processing), but it has at least two new features that set it apart from its older sibling. First there's the filter overdrive that's said to give the XioSynth "grittier" overtones. Secondly, there is the X-Gator patch programmer which can gate each patch to create unique 16-32 step rhythmic patterns for every onboard sound, all synchronized to MIDI clock. X-Gator adds a unique flavor not heard on many other synths.

The routing is fairly standard with the classic oscillator-filter-amp layout. It boasts PWM, two LFOs, and a noise source. The first LFO is for oscillator modulation and the second can be used for filter modulation. The three oscillators each feature classic analog waveforms plus some useful wavetables. Osc 1&2 can be sync'ed to each other. The filter is a 2- or 4-pole capable of highpass, lowpass, and bandpass. There are two envelopes: one for the amp and the other for the filter (referred to as the "mod envelope"). The XioSynth has six Effects, each with adjustable levels and settings. These include: Delay, Reverb, Chorus/Phaser, Distortion, a 3-Band EQ, and Stereo Panning.

Programing the powerful synth engine is a breeze with the matrix-style front panel which features 11 knobs and a rubber button to go with each. In "play mode" the buttons perform simple on/off functions but in "edit mode" each button brings up an edit menu where parameters can be tweaked from the corresponding knob.

Besides packing all this synthesis power in to a small frame, Novation also decided to throw in a USB audio interface. The audio quality may not be pristine, but it is very good considering XioSynth's price point. As well as being a powerful synth and USB audio interface, the XioSynth is also an awesome MIDI controller (every controller is assignable). It can store 16 templates, which are all user editable via the template editor. The editor can also act as an excellent patch librarian for the synth. There is also a third party PC editor available.

The XioSynth has pair of left and right stereo outputs plus a headphone output. There is also a duo of inputs: an XLR and a 1/4-inch TRS. MIDI and audio are transmitted over USB, so an audio interface is not needed to hear your shiny new XioSynth through your DAW. Sadly, there is MIDI Out but no MIDI In or Through. Power for the XioSynth can be provided by the included power supply, USB, or by six AA batteries.

All in all, the XioSynth is a great synth that will give you a lot of bang for your buck. If you are looking for that K-Station sound at a much more affordable price point, the XioSynth will do it 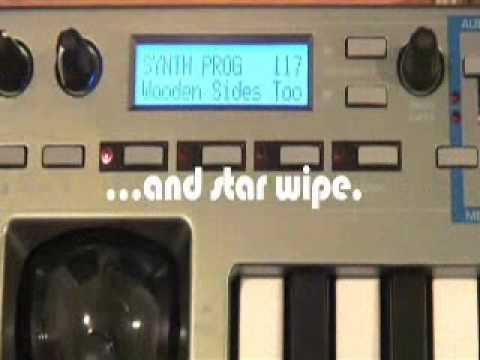 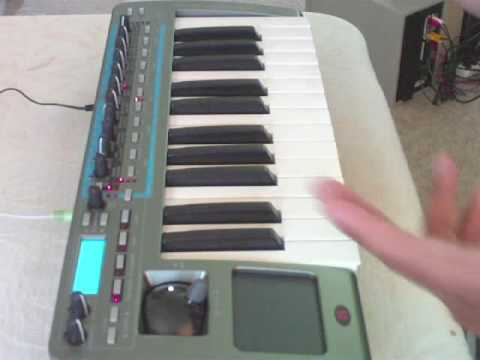 Review by the Keytarist.