In 1987 Oberheim released the DPX1, a 2-unit rackmount 'Sample Player' during the era of the classic samplers. Its function is to load 3.5" and 5" diskettes containing samples. These samples are loaded into its 1 MB of RAM from which you can play the samples using any MIDI keyboard, controller or sequencer. It was compatible with the E-mu Emulator II, Sequential Prophet 2000, 2002, 2002+, Ensoniq Mirage DSK8/DMS8 and the Akai S900 formats. You can't really edit any of the samples, the DPX1 is simply a load-n-play machine. Its universality among these early samplers makes it great for anyone who may still have old disks of samples but not the samplers that created them. With the DPX1 you can resurrect those samples and use them again, or resample them into a modern sampler. Sounds can also be re-stored in an Oberheim DPX format on to 3.5" disks. A 20MB Hard Disk model was also made available around 1988.

The DPX1 has a very impressionable architecture. That is, it recalls the nuances of you're samples including any processing, looping, filtering and modulations resulting in very accurate reproductions of the samples as they would have sounded through their original Sampler synths. However you can't edit, alter, re-program or create new samples. Ensoniq and E-mu samples come through sounding just like they're being played out of the original synths, if not better. However, the Sequential sounds are not quite as nice when played from the DPX1 and cannot be stacked as they may be in the Prophet. Full MIDI and 4-part multitimbrality equip the DPX1 for easy use in any studio. The DPX1 has limited potential, but if you have the samples (and not the Samplers) this is an economic way to recover and hear those classic samples again. 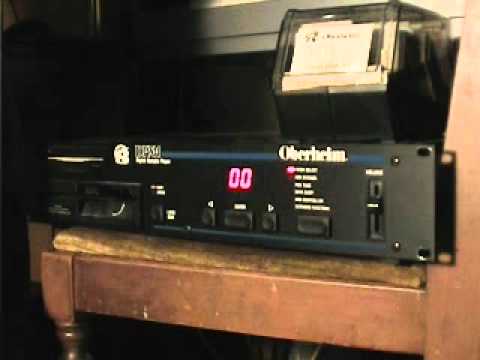