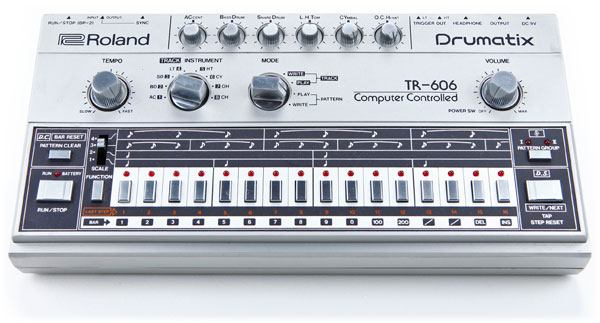 A cool little box! So primitive and cute! The 606 was the percussion side-kick to the TB-303. It even looks like the 303. It stores up to 32 patterns and 8 songs. The 606 allows switching between Pattern Play and Write mode while running - making the 606 the only drumcomputer in the X0X series that can be edited while performing and switching patterns. It is also possible to link up to 4 consecutive patterns in Pattern Play mode. There is only a mono audio output, however there are mods from Kenton Electronics and Analog Solutions that will add individual outputs for each drum tone.

For control, the 606 can receive or transmit DINSync for synchronization with other TR and TB family instruments. There are also two trig-outs on the unit, which make it very valuable as a pattern-programmable dual-channel trigger sequencer. It's often used for this by various people (Jimi Tenor) to 'drive' other sequencers and the like.

Editable Drum Tones! - Analog Solutions external modification adds tuning for all drum tones, snap and decay for the snare drum, decay for the cymbals and a sweep effect for the toms.

Synhouse MIDIJACK DINSYNC - Adds a MIDI jack so the 606 can be sync'd to external MIDI triggers and tempo sources. 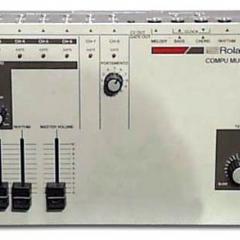 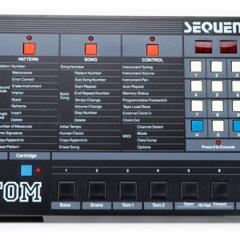 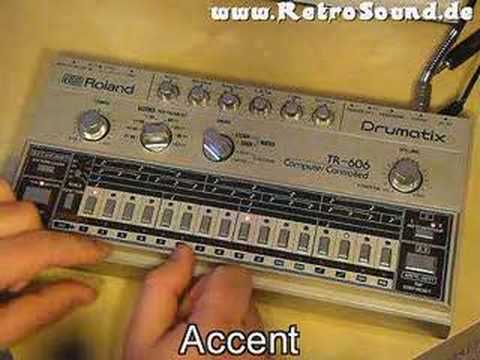 Roland TR-606 “Drumatix” Analogue Drum Machine
by
retrosound72
Audio Clip 1 This is a short demo of the 606 with a 303 called Icecream, by Niklas Winde.
ManualRoland has made manuals for most of their products available as free PDF downloads.
TR-606 BasicsGet the most out of your 606. Learn how to use it from these manuals & guides.