Billed as the next in line to the Roland "LA" synthesis crown, the D70 is an odd keyboard. It actually has more in common with the U-20/220 series ROMplers than with the D-50/550, which it was "kind-of meant" to replace. In fact, if you open it up, you''ll find the circuit boards are labelled "U50". Unfortunately, the D70 / U50 was rushed into production, to compete with the likes of the Korg M1 and T1/T2/T3ex series machines, and this lack of design care shows when navigating the user-interface, which could be politely described as "challenging".

So, given the similarities to the rather mediocre U-series sample ROMplers, and the "Super-LA" name....what to make of it?

The D-70 has a sample playback engine married to D50 style TVF filters, together with on-board effects, and a percussion soundset. The filters are resonant, and add some much needed "welly". This is the D-70's redeeming feature, because the filters are actually pretty damn good. It's a shame that (to this reviewer's knowledge) it doesn't seem possible to filter the drum samples though.

Performance wise, the D70 has a good quality 76 note keyboard in a sleek housing, and given its size, it's remarkably light. It is equipped with a large LCD display, to the left of which are 4 assignable faders. There is a fifth controller fader, labelled "C1" just above the pitch bender, in between the volume and brightness (filter cutoff) faders. The faders can be assigned in real-time to the following parameters: Level, Pan, Tuning, Cutoff, Resonance, Attack, and Release, using the keypad to the left of fader 1. The four faders equate to the four tones that can be used to make up a patch, rather like the D50's "upper / lower partials" although the more tones you apply, the lower the polyphony. This gives the performer real-time tweakability for doing filter sweeps, changing the relative levels of tones (for drawbar-style effects), etc. As an added bonus, the faders send MIDI data...

...which makes the D70 an excellent master keyboard for MIDI setups. It has keyboard splitting and zoning options that you'd expect to find on master keyboards. That's if you can decipher the midi implementation and work your way round an interface that redefines the word "awkward". Couple that with a 220 page manual, and it's not something you really want to do on stage, unless you've got it all worked out in advance. The D70 is one of those synths that you'll find yourself both enjoying and cursing in fairly equal measure.

Sound-wise, the D70 raw samples are your typical U20/220 faire. In fact the D70 reads U220 series PCM cards, and has two PCM card slots on the rear of the unit, together with a RAM slot. This may not sound too appealing - if you're looking for genuine acoustic instruments, then it's not for you. But, the D70 has some remarkably good Rhodes and Organ patches, and some fantastic synth bass and lead sounds. Couple this with the on board fx, and it is a bit like a souped-up D50 with much better filters, which provide both squelchy resonance and knob-twiddlyness.

To summarize, it's a nice ROMpler, albeit a little schizophrenic, capable of some wonderful classic Roland synth-noises, and makes a decent performance / live / master keyboard as well. It sounds better than the U220. If you're looking for a "proper synthesizer" you may be disappointed. Real shame actually; a bit more effort on Roland's part and this could have been a right little stomper. Due to the fact that it was never really a success, the D70 can prove very hard to find on the used market. But once you've got one, you probably won't want to let it go - it has JUST enough features in several different departments to redeem itself, and the warmth of the synth sounds belies their digital origin. 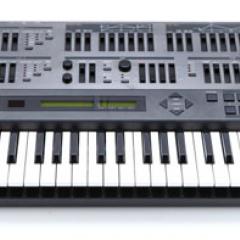 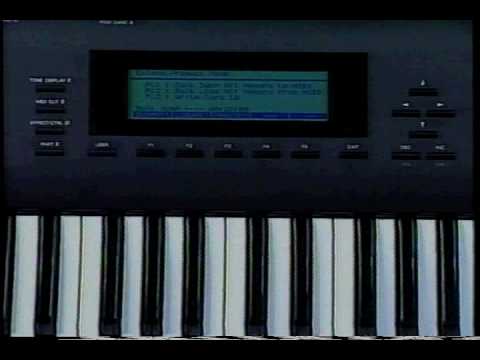 D-70 product demo video from 1990.
by
Fugaziaol
ManualRoland has made manuals for most of their products available as free PDF downloads.