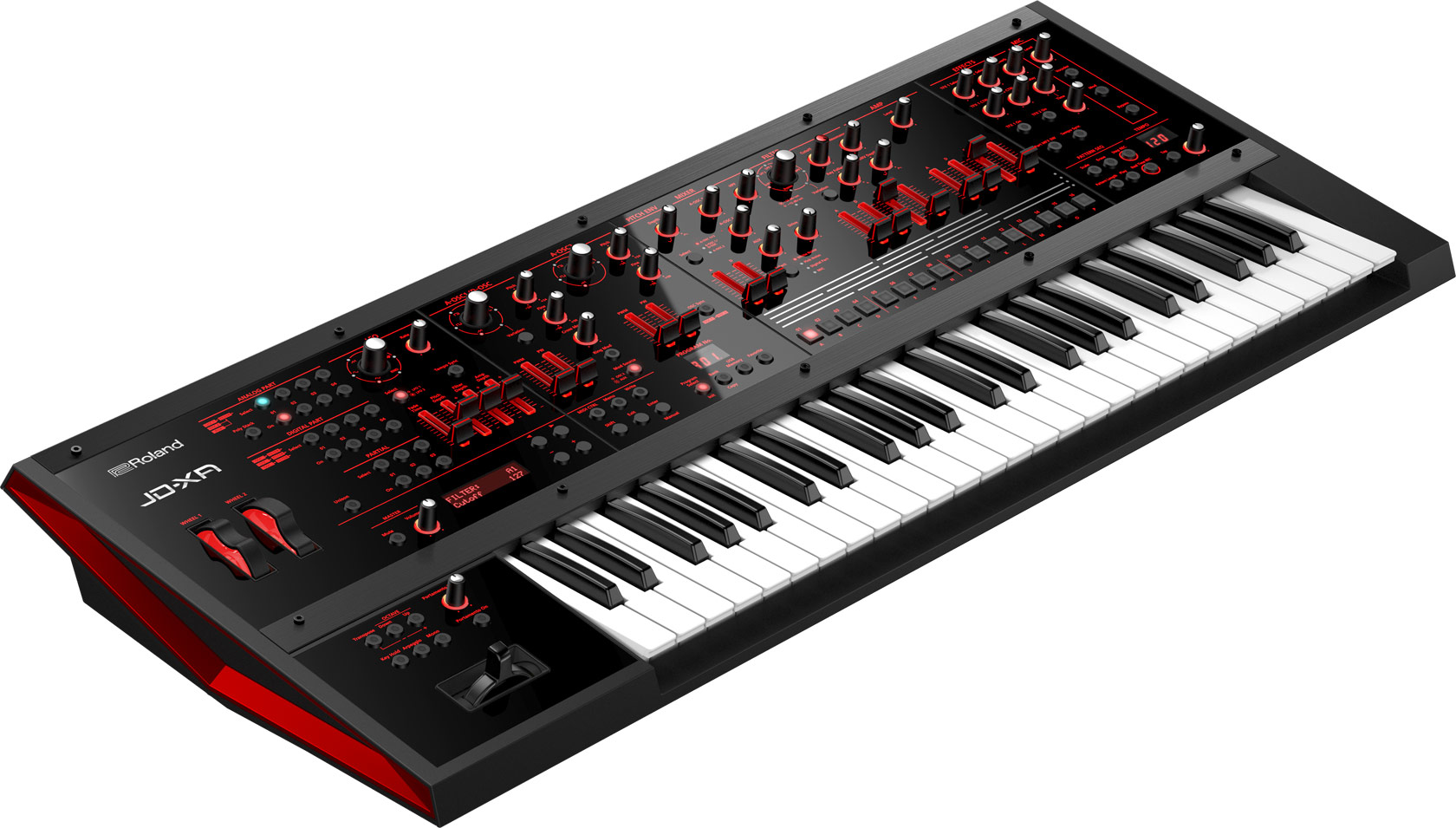 Why choose between an analog or digital synth when you can have both? At least, this appears to be the thinking behind the JD-XA, which was released by Roland in 2015. The most exciting thing about the JD-XA is obviously the fact that it is the first analog polyphonic synthesizer released by Roland since 1986. However, in addition to the analog warmth, this unique crossover synth is also able to deliver digital versatility.

The JD-XA comes with true analog filters and a direct dry output, which makes up its four-part all-analog side. Then there is its four-part digital engine that features the SuperNATURAL synth technology from Roland. Best of all, these two parts can be used completely independently or you can use them interactively for even greater flexibility. Whether you want to use the two parts side by side or stack them up, the options are nearly endless.

The JD-XA features a modern-looking design, but it appears to have drawn some inspiration from the JD-800 with its sliders. Something that is quite divisive about the design is the intense red glow around all of the knobs and sliders of the JD-XA. Some users find this tacky, while others appreciate the fact that it makes it easier to adjust the real-time controls in dim environments. The good news is that if you are not a fan of the lights, you can select which areas of the panel to light up or even turn everything off completely. A bigger issue is the glossy design of the black panel, which is not only a magnet for fingerprints and scratches, but also tends to reflect glare from surrounding light sources. Finally, the JD-XA has a 2 line LCD display that can handle 16 characters. Overall, though, the JD-XA feels sturdy, but still light enough to make it relatively portable.

For the keyboard, Roland has incorporated a four-octave one with 49 keys that feature velocity and channel after-touch. The shorter keyboard makes it more portable and anyone in need of more keys can simply hook up an external MIDI controller board. In addition, the JD-XA has incorporated their combination pitch-bend and modulation paddle while also including two mod wheels that are fully assignable.

The audio capabilities of the JD-XA certainly don't disappoint and the analog section can be as raw as you want it to be. You get the warmth of the analog filters while the digital side is no slouch either. This combination definitely offers the best of both worlds and everything is easy to operate as well after getting to know this synth. While it could easily have ended up being a mess, Roland managed to create hardware that manages to deliver both the vintage and modern sounds of their brand without trying to emulate the competition. More than four voices of polyphony would have been nice for the analog section, but overall, this is a great synth. 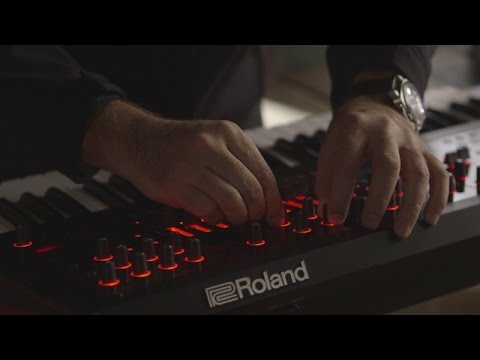