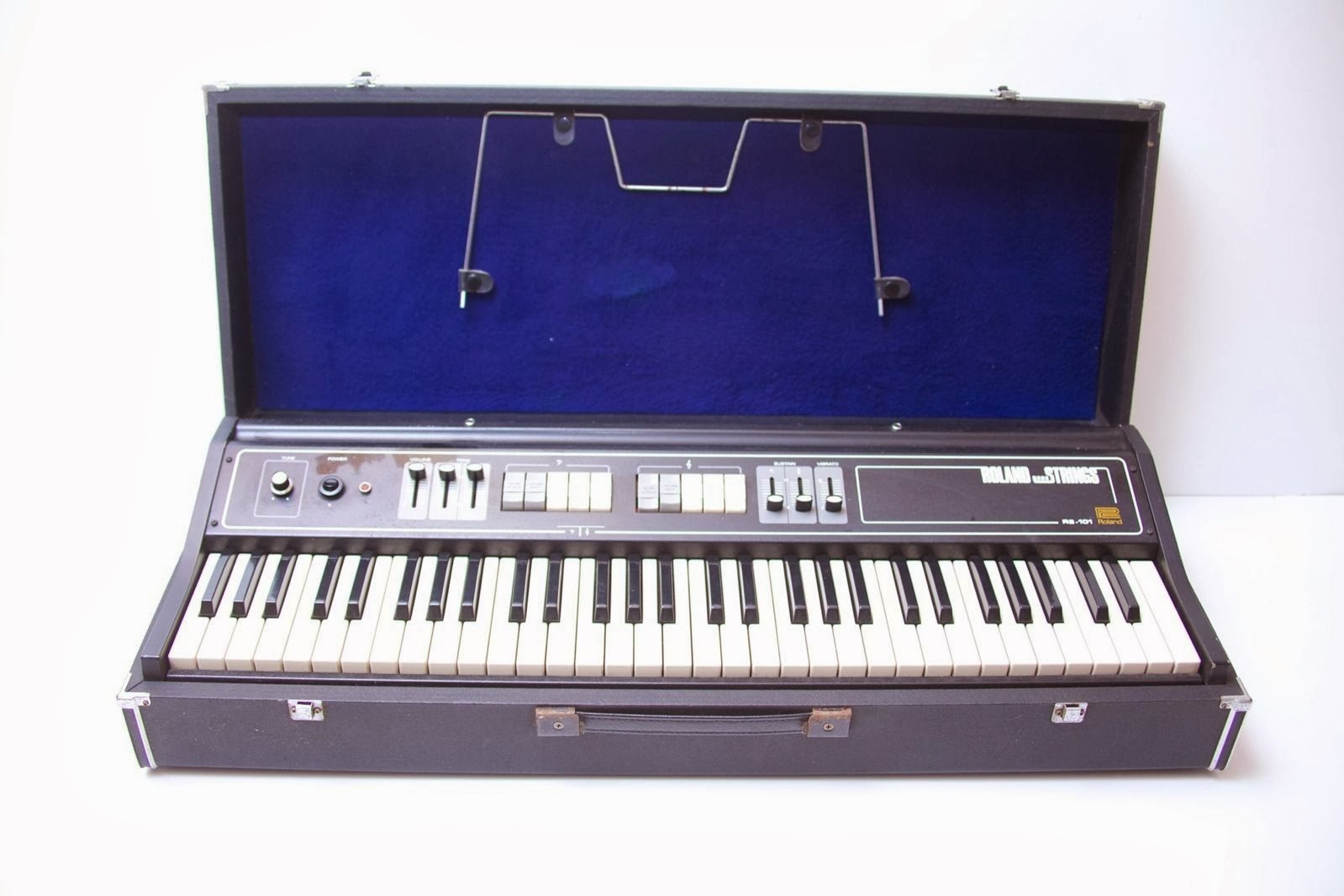 Roland’s RS-101 was, in 1975, the company’s first string synthesizer. Built into a hard case with detachable lid and a carry strap, its five F-F octaves offer full polyphony and three basic sounds that are set separately either side of a fixed keyboard split point (two octaves up).

Strings I is a classic divide-down sawtooth sound, Strings II the same an octave above, and Brass, though not very ‘brassy’, is the same basic tone put through a different filter. The three sounds are all based on the same raw waveform, generated from a single divide-down oscillator, and can be switched in simultaneously. They are filtered separately, but all share the same volume articulation. Articulation sounds independently for each key on the keyboard, but is governed either side of the split by that keyboard half’s Slow Attack switch (which determines either a quick or less-quick attack), Volume Soft switch (which determines either full or reduced overall volume for that half) and the Sustain slider (which sets the release time for that half).

Tone is controlled globally, set using just one slider for the Strings, and one for Brass, each of which is a kind of brightness control. There is no contouring of the filter response.

Remaining control is limited to Vibrato, which affects the depth of a fixed-speed pitch variation, and Volume. The RS-101 was the first keyboard instrument to use Roland’s famous ensemble effect, and though there is no control over it, the four-Bucket Brigade circuit sounds great, and plays a huge part in that well-loved and familiar synthesizer string sound of the era.

Interfacing is minimal, with two mono 1/4” outputs (high and low) - no triggers, gates, expression pedal control, just audio. It was superceded just a year later by the RS-202, which introduced changes to the ensemble circuit and added a few controls, but otherwise uses the same basic sound-generating circuit design and has the same form factor as the RS-101.

Keeping things simple means the RS-101 is both approachable and playable. Its limitations mean it’s a bulky way to get *that* sound, but nothing quite feels like playing a true 70s string synth and the RS-101 may just be the cheapest way to do that. 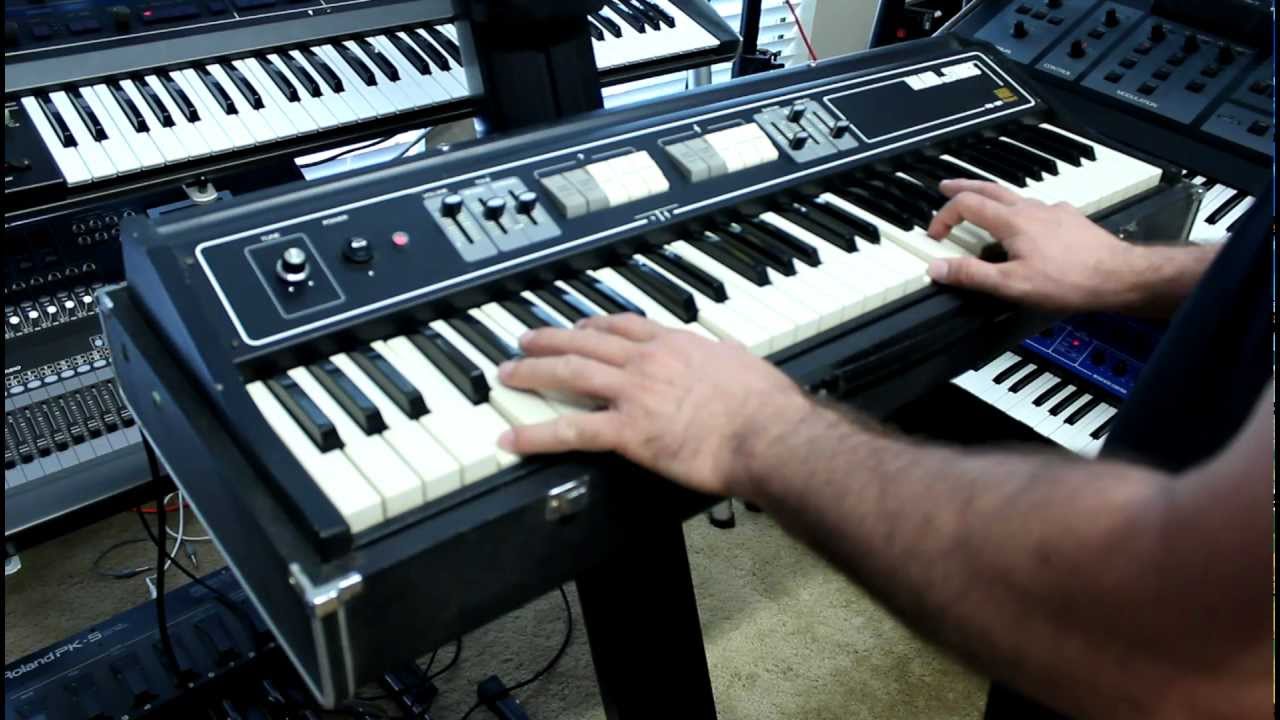