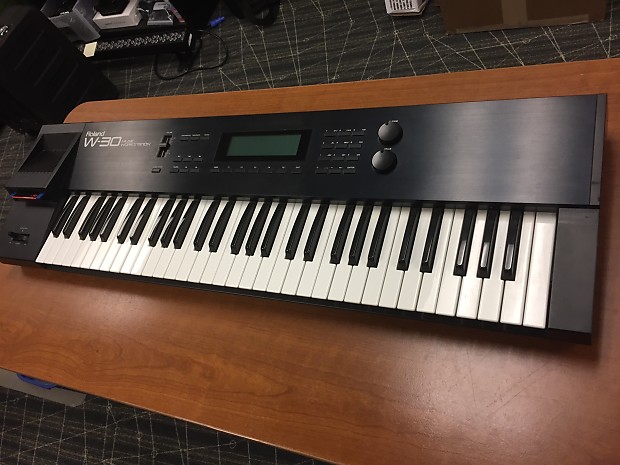 Roland released their very first music workstation in 1988 in the form of the Roland W-30. It was one of the very first workstations that was self-contained and came with a large sample library included. For the W-30, Roland basically combined their S-550 sampler engine with their MRC sequencer and keyboard. This also explains why the W-30 is compatible with the sound libraries of their dedicated samplers, such as the S330, S550 and S50.

The W-30 came standard with a built-in 3.5" floppy disk drive, but on the back panel you will also find a spot to fit it with the KW30 SCSI kit. This is a very rare piece of hardware that transformed the W30 into a SCSI Master device to drive compatible hard drives and CD-ROM players. Loading samples from a SCSI hard drive is obviously a lot faster, but the maximum usable capacity was limited to only 80 megabytes. Also on the back is MIDI, In, Out and Thru sockets, a footswitch and footpedal input, mono headphone socket and mono sample input with its associated gain knob.

When purchased new, the Roland W-30 came bundled together with four diskettes that contained the operating system along with demo sounds and songs. The system disk must be in the W-30 drive when starting it up, a process which can take about half a minute. If the disk is not present, the 8x40 character backlit blue LCD screen will display a message asking you to insert it.

Speaking of the screen, its contrast can be adjusted via a knob on the rear of the W30, and it looks a lot better than the one or two line LCD screens that was common back then. With more than 62 pages each that contain even more windows, it is a good thing that the W-30 has two infinite rotary dials to navigate everything. A set of five soft buttons can also be found below the screen and these can be used to jump directly to the pages you need as well as to adjust different functions depending on the currently selected page.

The W30 has 512Kword RAM, which means you can get just over 14 seconds of sampling at 30kHz sample rate out of it. It has features 512Kword of non-rewritable ROM, 32 RAM-using tones, 64 ROM-using tones and 16 patches. The W30 can be used in "Performance" mode for playing the keyboard, "Sequencer" mode, which is for recording data into the sequencer and "Sound" mode, which is for editing patches, tones and more. All three of these main modes also feature a number of sub modes.

Overall, the W-30 was quite popular for its time and musicians such as Liam Howlett from The Prodigy made extensive use of it on all their early tracks. It even remained his master keyboard on-stage until 2008. Some of the drawbacks of the W-30 is the lack of real time filters and the fact that it doesn't have Sysex.

Tips for troubleshooting keyboard module in a Roland W30?

Opinions on the Roland W30?

I just bought one. So far, not that impressed! It's mono! Takes ages to load the demo discs. Sound quality not that special, either. Will I learn to love it? Interested to hear opinions on t... | Read more... 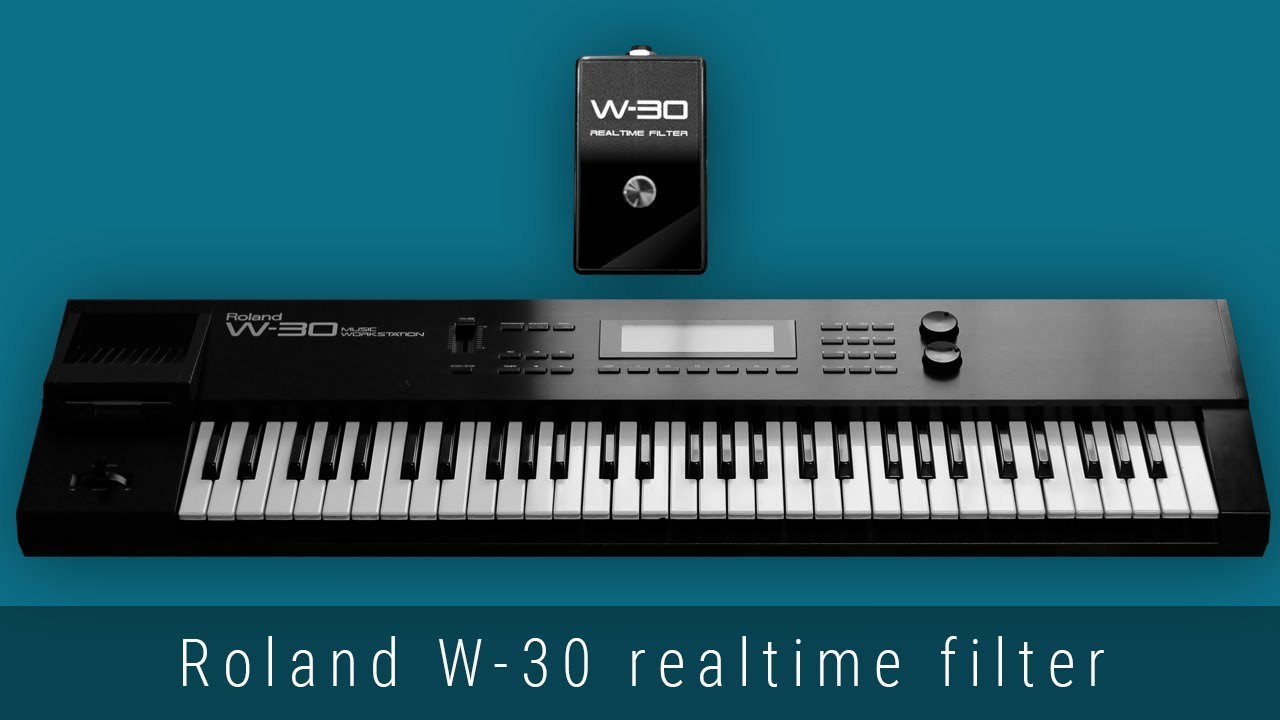