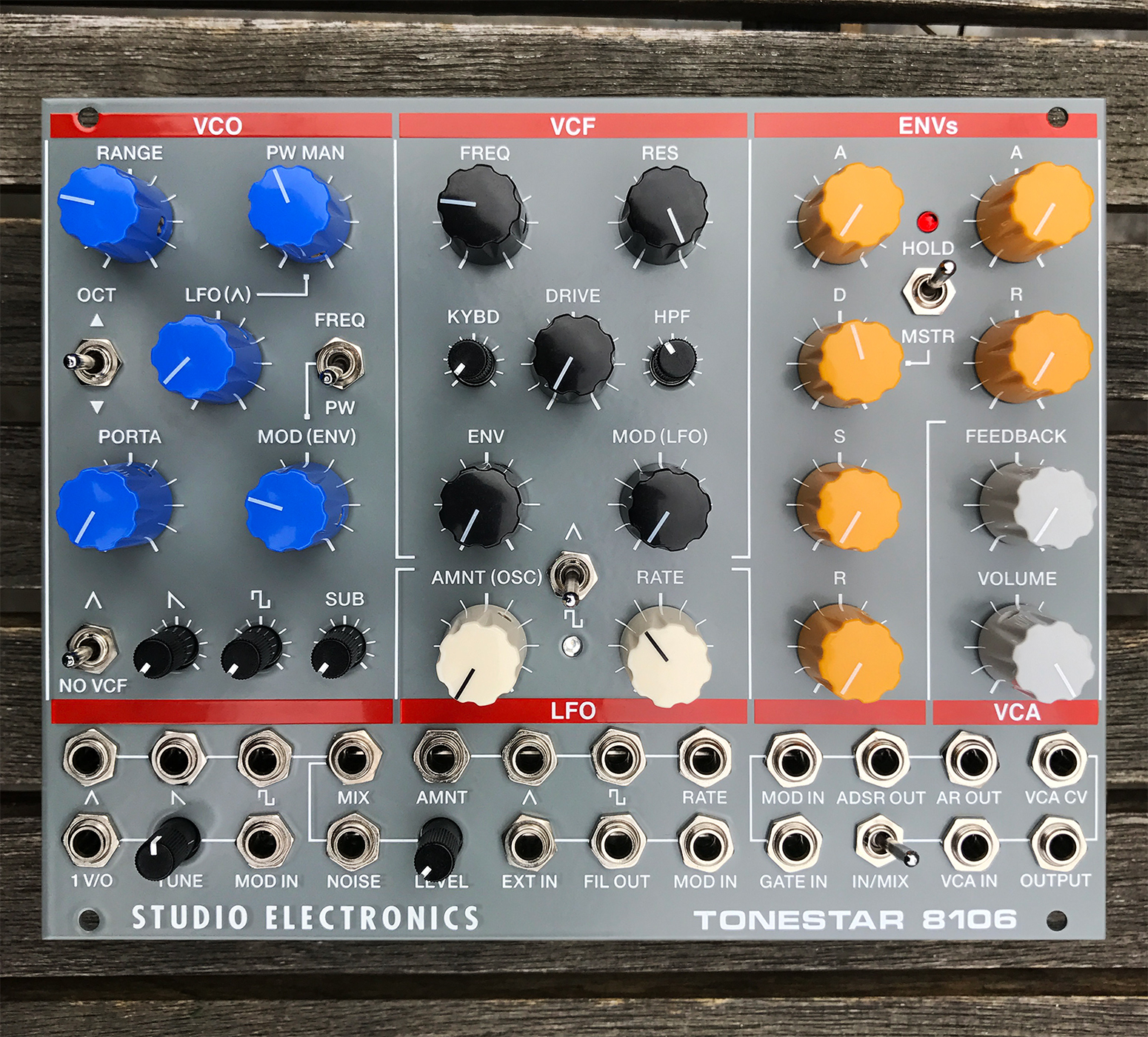 The Tonestar 8106 is a 2017 synth released by Studio Electronics. In terms of size and layout the 8106 shares a lot of similarities with the Tonestar 2600. It also follows the same naming convention, but instead of a reimagining of the ARP 2600 like its predecessor, the 8106 brings together elements of the Roland Jupiter 6 and June 106.

It's not just the size and layout of the 8106 that matches the Tonestar 2600 as it also uses the same VCO and VCA/Envelopes. However, where the real difference comes in is the filter. According to Studio Electronics, the 8106 makes use of Tim Caswell's "Jupiter to Juno" filter, which is a 6db/oct hi-pass filter followed by a recreation of the Roland IR3109 module. It features one more pot than the 2600 model, with the inclusion of the high-pass filter, which brings the total to 27. However, it has six switches instead of seven as resonance modulation to the boot in favor of the high-pass filtering. The 8106 also packs 21 patch points into its ergonomic 32hp module. This single Eurorack module also contains everything needed for classic subtractive tones, so there's no need for any other external modules to get started. Like all other Studio Electronics products, the Tonestar 8106 features decent build quality, but the color scheme might not be to everyone's taste.

The circuit designer, Tim Caswell, stated that the VCO is a combination of Arp, Oberheim, and Moog to create something akin to a "greatest hits" version of these circuits. The result is something that is not only time-tested but very stable and with good tracking over a very large range. Both the LFO and ADSR amount are voltage controlled so the rate and depth of the former can be modulated while the latter can be manipulated by MIDI dynamics, MIDI volume, and more.

The small size of the Tonestar 8106 makes it a good choice for anyone with a smaller Eurorack system, especially those who love the Roland sound. It is also packed with a lot of functionality for its size, which ensures that it offers good value for money. With the 8106 you get a very versatile synth with a great oscillator and filter as well as plenty of CV control. Like the Tonestar 2600, the 8106 was well received by synth enthusiasts and is a great choice for baselines and leads. 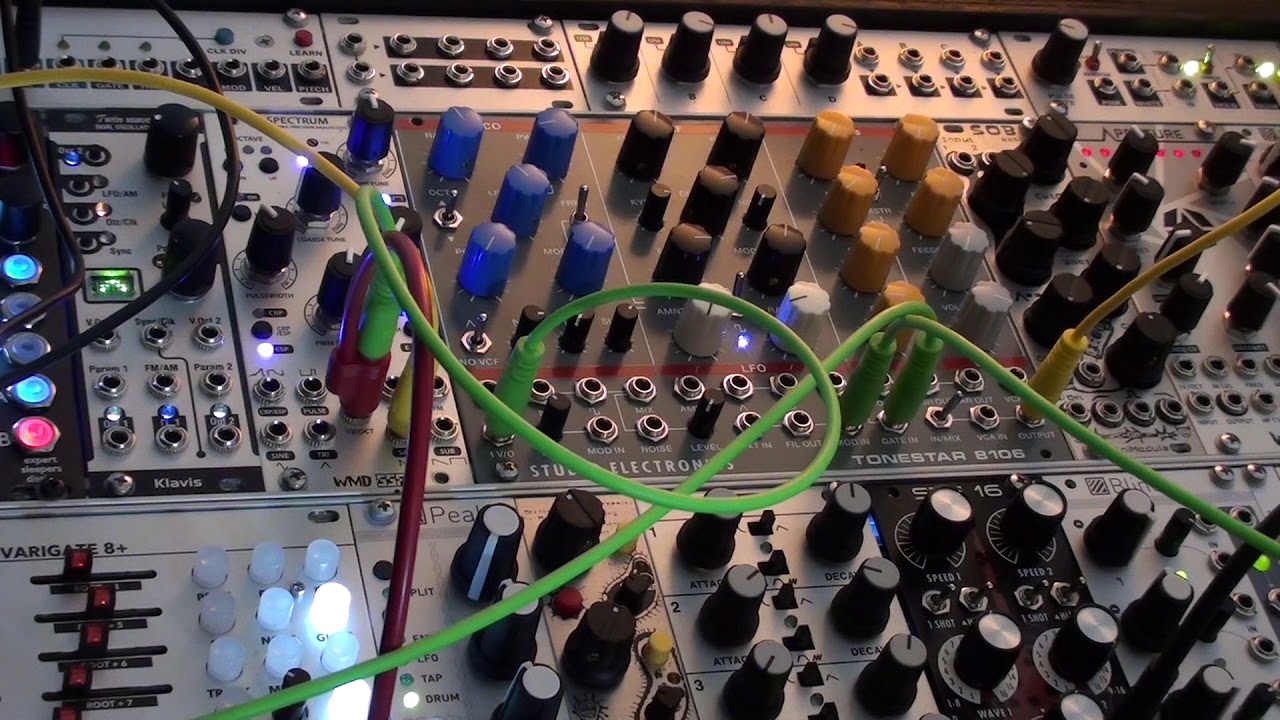 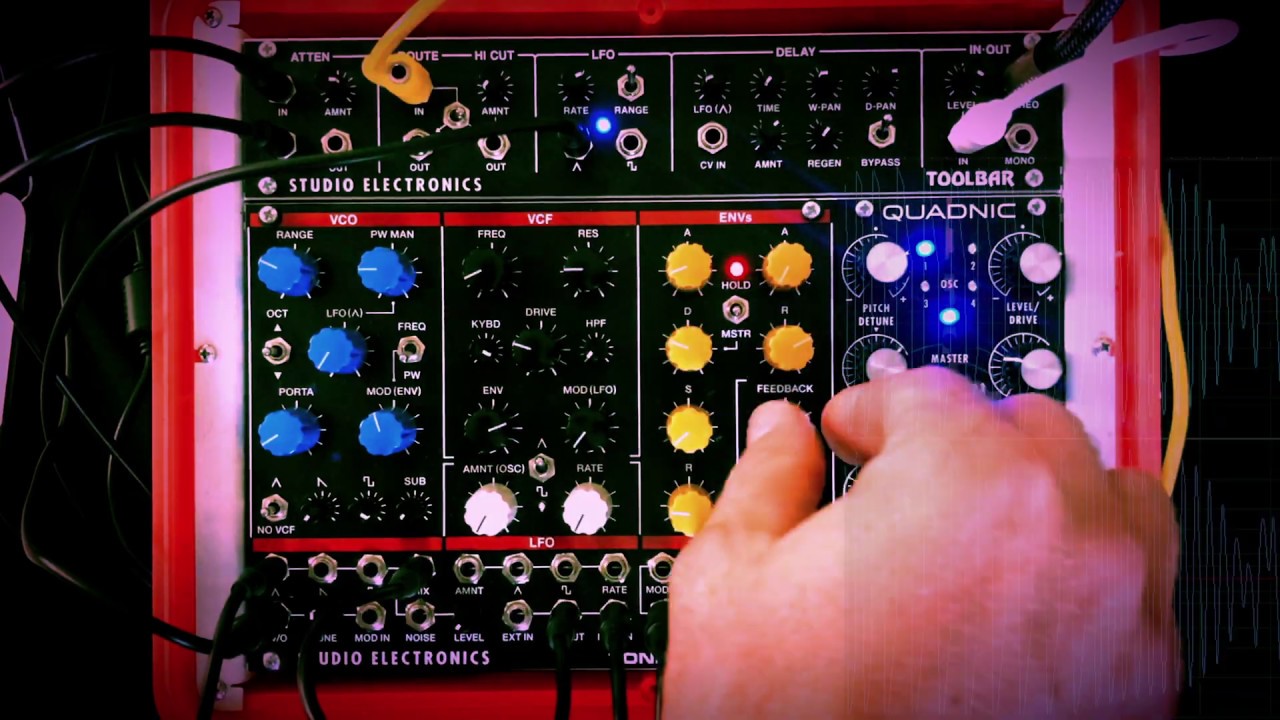