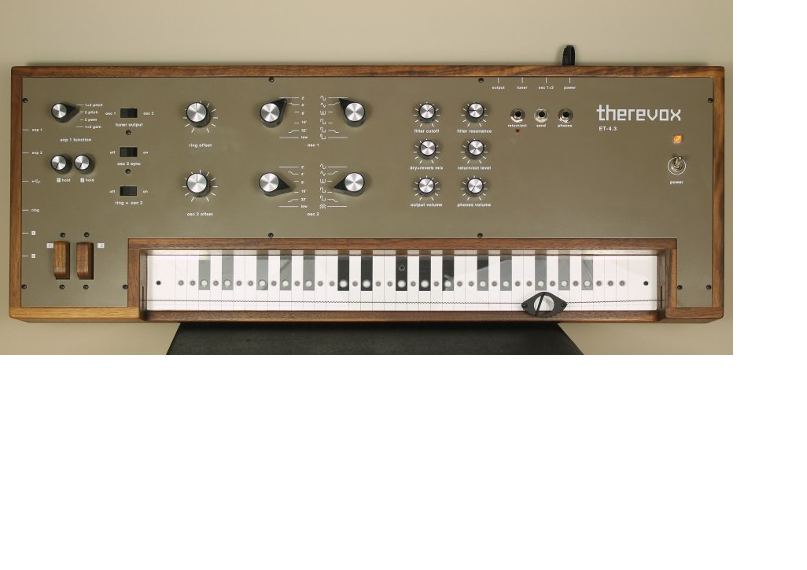 Therevox is a Canadian brand that started in 2004, building a modern version of the Electro-Theremin that The Beach Boys used for their hit "Good Vibrations." The ET-4 was released in 2012, and according to Therevox, it was inspired by early analog synthesizers as well as the Ondes Martenot. Therevox added a number of custom features to the ET-4 for customers, and these were later combined and released as the ET-4.3.

Like all other Therevox instruments, the ET-4.3 is handcrafted from quality materials and components. Users control the instrument via a reference keyboard that is shaped to provide tactile feedback. It features two independent analog oscillators that are controlled by dual pressure-sensitive intensity keys. Therevox has combined a low-pass filter, white noise generator, and internal spring reverb to make the ET-4.3 an expressive and versatile instrument. The ET-4.3 is the culmination of the series and features the effects loop and other features that Therevox added in the ET-4.2 as well as MIDI over USB output.

According to Therevox, adding the modern MIDI over USB output to the all-analog design allows it to control software synths and other external hardware for more sonic possibilities. This feature can operate in four different modes and also allows for high speed and low latency. Using the ET-4.3's external audio input, sounds created from external hardware or software can take advantage of its internal low-pass filter and spring reverb before being used for amplification or recording.

The additional expression pedal input compared to the ET-4.2 allows users to bend the pitch of an oscillator to modify the pulse width or control the output volume. The input can also double as an external CV input, which can be assigned to control OSC 1+2 pitch, OSC 2 pitch, OSC 2 pulse width, or OSC 1+2 volume. Using the two Hold knobs above the intensity keys makes it easy to set the volume of each oscillator without having to press the intensity keys.

The ET-4.3 also features a headphone output with volume control, separate oscillator outputs, six waveforms, and an adjustable ring with metal reinforced wire. The reference keyboard included with the ET-4.3 is also replaceable and can be swapped with alternatives such as lapsteel, specific scales, microtonal, and more. Other optional accessories include a Tweed Road Case built from anodized aluminum, foam, and tweed fabric, as well as an Expression Pedal. In addition, it features internal spring reverb with dry+wet mix control, a "silent" tuner output that is switchable between oscillators, and line-level output with volume control. When purchased new, the ET-4.3 includes a printed manual, USB cable, extension cable, and a power supply It has since been replaced by the ET-5 Series. 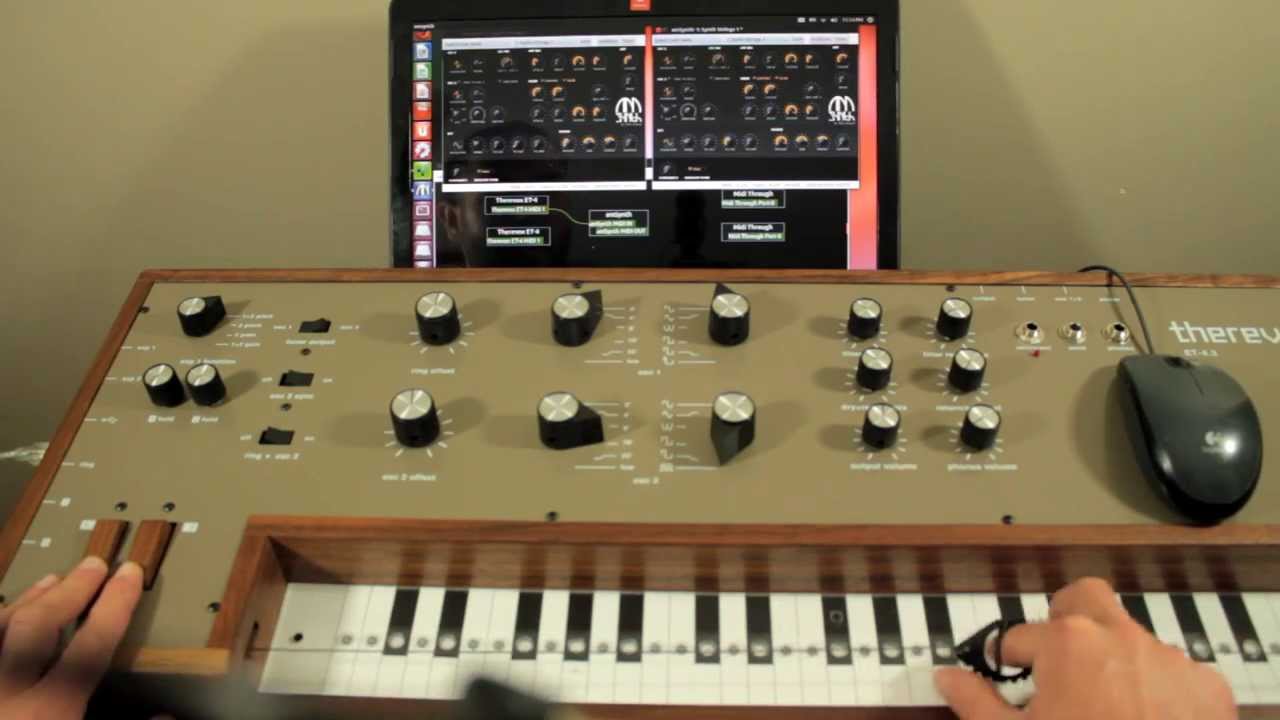