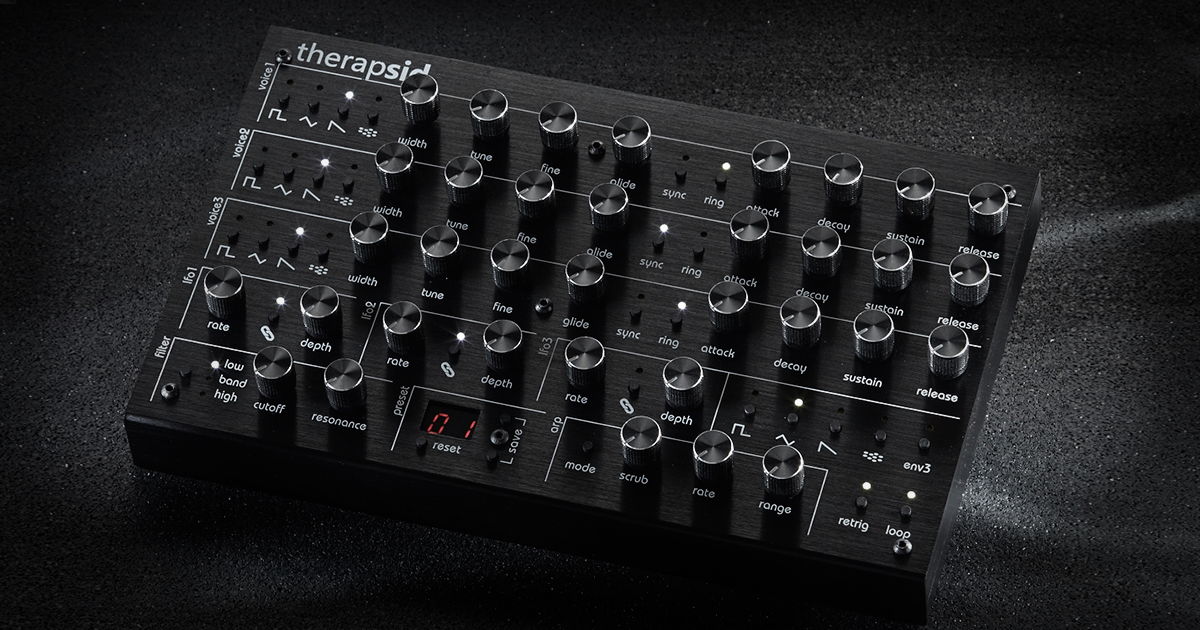 The last of the therapsids became extinct more than 100 million years ago, but the synthesizer that Twisted Electrons named after them was released in 2014. It was then followed in 2017 by the TherapSid MKII. Twisted Electrons claims that the TherapSid sound is no less aggressive than the vicious dinosaur it was named after and this synth is definitely capable of cutting through any mix.

The TherapSid was handcrafted in the south of France and is a SID based synth with a definite focus on control. Instead of following the route of LCDs and tiny sub menu fonts TherapSid instead provides users with 35 knobs and 33 buttons. This gives you full control over the sound of the synth at all times.

The basis for the TherapSid is the Sound Interface Device or "SID" chips used in the Commodore 64 and other early home computers during the 1980s. It's not the first synth-based around this popular chip, but the amount of knobs and buttons definitely makes it one of the most hands-on ones. Initially, the TherapSid shipped with an included SID chip, but Twisted Electrons eventually ran out. However, you could send them a SID chip if you already had one when ordering the TherapSid nad they would test and install it for you. The synth is compatible with all variations of the SID chip and installing one yourself is not too difficult either.

In terms of features, the TherapSid features a 16-step sequencer, arpeggiator with 4 auto modes and manual scrubbing, as well as CV/Gate control. It has three oscillators with four waveforms per OSC and a multimode analog filter. The filter can be assigned to each voice individually and the TherapSid also has three CV inputs for LFO override. It's a multi-timbral synth as the three voices can be played on separate MIDI channels and you can even mismatch different SID types. Also, the TherapSid has a VST Editor so that you can integrate it with your DAW.

CV/Gate control, as well as the 3 CV LFO override, are new to the MKII version of the TherapSid. The first version of this synth also lacked the MIDI output, paraphonic 3 voice mode, preset randomizer, and arpeggiator that TherapSid MKII has. 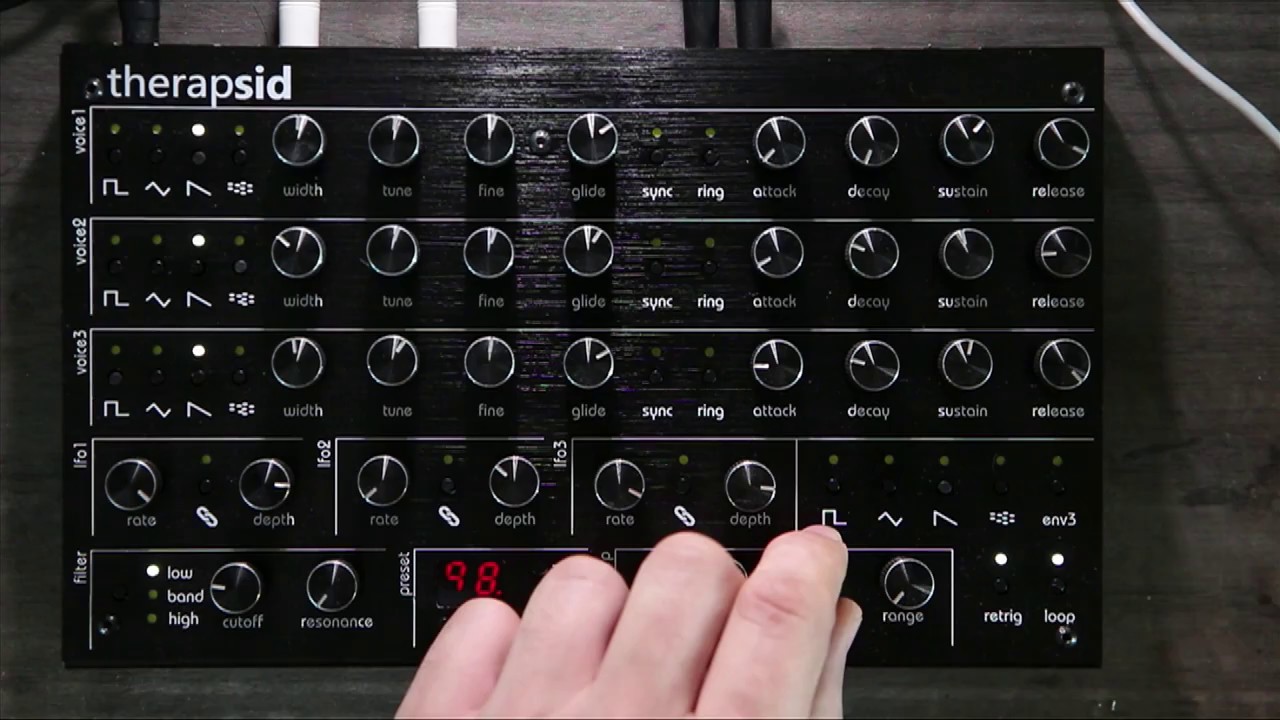