Eight years after the introduction of its first synthesizer, Waldorf's Microwave was updated to the new but not-so improved mkII version in 1997. The original Microwave was a very popular and powerful rack-mount synthesizer in a sparse and unassuming package. At its heart lay a digital polyphonic wavetable synth engine that came straight out of the legendary PPG Wave 2.x, which was itself designed in part and used extensively by members of the pioneering synth-group Tangerine Dream.

The Microwave II has tons of waves/wavetables for shaping all kinds of sounds, flexible resonant filters, a noise generator, a ring modulator, a programmable rhythmic arpeggiator, and effects! While the original Microwave was a powerful synth held back only by its restrained interface and lack of additional features (only 8-voice polyphony, no effects, no easy hands-on editing), the mkII did attempt to address some of the former's issues. However Waldorf made its biggest faux-pas by replacing the original's analog filters and envelopes with digital emulations.

The Microwave II upped polyphony to 10-voices. Hardly a major improvement after eight years, but better than nothing. Patch memory was also increased from 64 to 256 user patches and from 64 to 128 performance patches. An on-board effects processor was added. Four new quick-edit rotary knobs appeared under the LCD display to tweak certain parameters. This was a great and much needed feature for performing and just having fun with the Microwave II, however an external editor would still prove to be the best way to really dig into editing patches.

For 1997, the idea of a synth maker switching to all DSP/digital circuitry was nothing unusual at all. In fact, it was the norm. DSP technology offered far more stable and cleaner sounds. But compared with the original Microwave which used analog VCFs and VCAs, the warmth and character of the new sound suffered greatly.

Despite any sonic drawbacks, the Microwave II was still another success for Waldorf and led to an even bigger better and truly hands-on version with the Microwave XT. Microwaves have been used by Nine Inch Nails, Hardfloor, Jimmy Edgar, Vangelis, and Crystal Distortion. 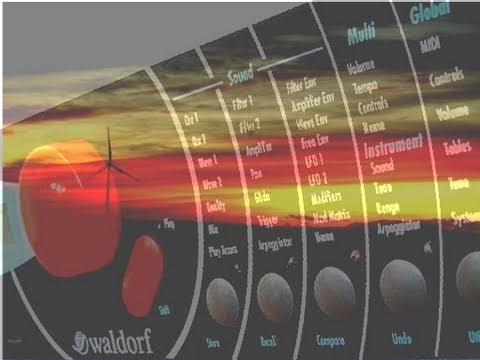 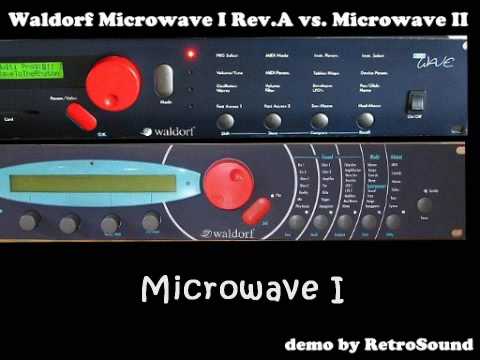