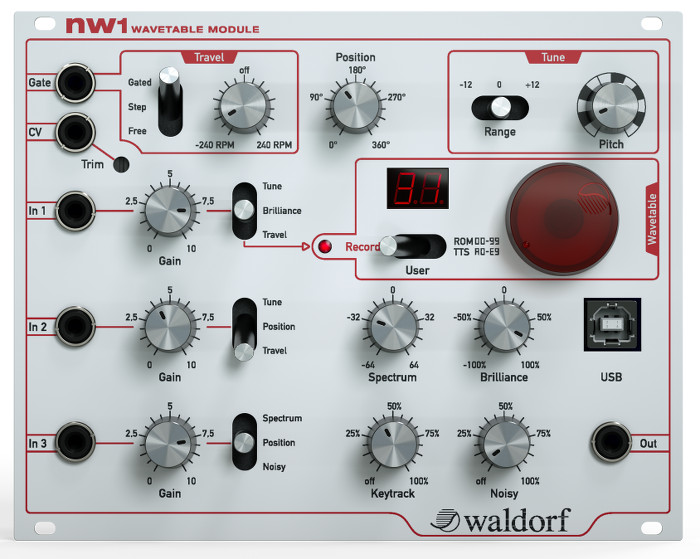 Waldorf joined the Eurorack boom in 2015 with its NW1 Wavetable Module. It features a Nave-inspired engine that can deliver 80 classic wavetables along with 10 user tables as well as 50 text-to-speech wavetables. This means that you have a massive amount of tones to work with even before using the free editor to create your own ones. Using the editor it is possible to create new tables straight from text input or imported samples, but you can also use incoming audio if you don't want to connect a computer.

The NW1 is quite a large module, but this means that it doesn't feel cramped. It's also a very heavy module with a very solid faceplate made from powder-coated metal, which makes it a bit strange that the knobs are somewhat on the wobbly side. Another issue with the knobs is that they don't have a lot of grip as they are made from smooth metal.

The most noticeable thing about this module is the rather large, red wavetable dial that is situated on the right-hand side of the module. However, while the module is generally quite spacious in terms of its layout, the proximity of the wavetable dial to the pitch and brilliance knobs above and below it is a bit awkward. Nex to the wavetable dial is a display that shows the wavetable that is in use during playback mode or the input signal level and recording state when in recording mode. Also in the same "Wavetable" section is the recording/gate LED and the operating mode switch which can be toggled between record, user, and ROM/TTS modes. The "Tune" section has a range toggle to select the octave and a tune pitch knob. At the top of the front panel, there is a "Position" knob for setting the wavetable playback start position from zero degrees to 360 degrees. The modulation gains and modulation destinies are situated on the left of the NW1 while the bottom right is where the spectrum control, brilliance control, keytrack and noisiness control are found.

For connections, the NW1 has a gate input for triggering wavetable travel and recording a main 1V/Oct CV input with trim for pitch control and three additional CV inputs for modulation and realtime wavetable recording. It also comes with an audio output, USB port with galvanic isolation and a Eurorack power connector.

Overall, this is a great module with the only major criticism being the wobbly knobs. 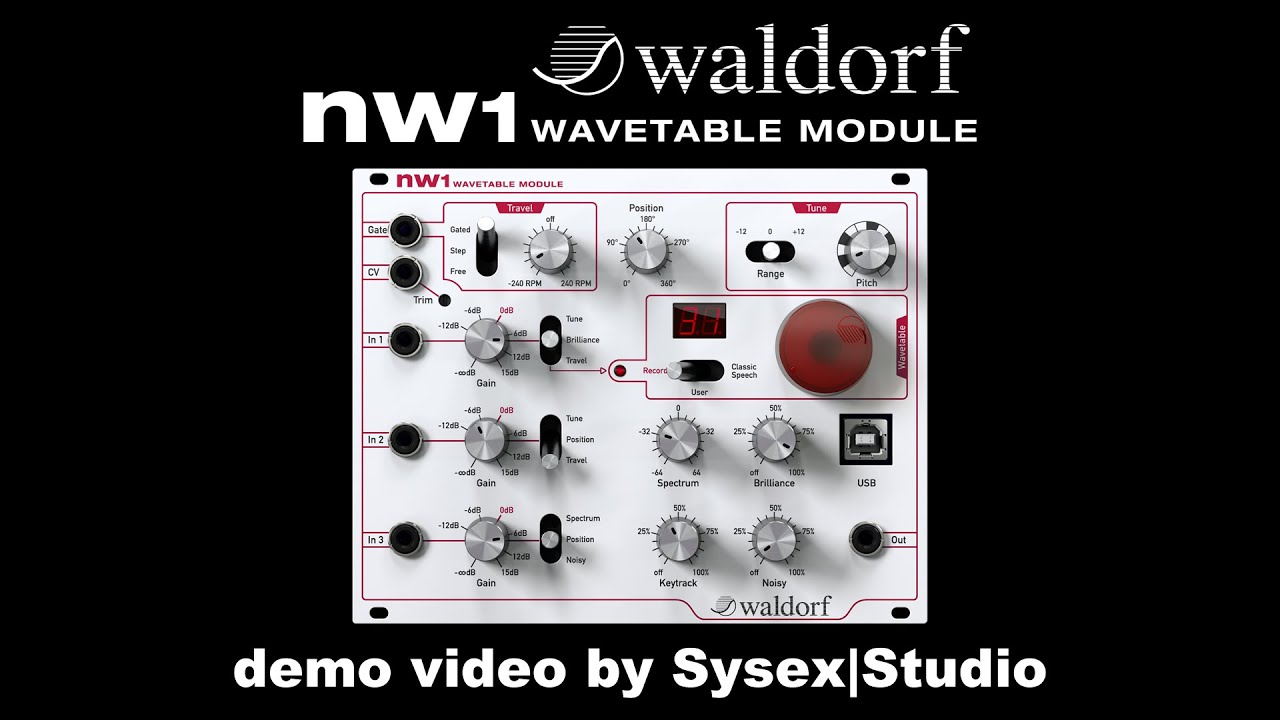 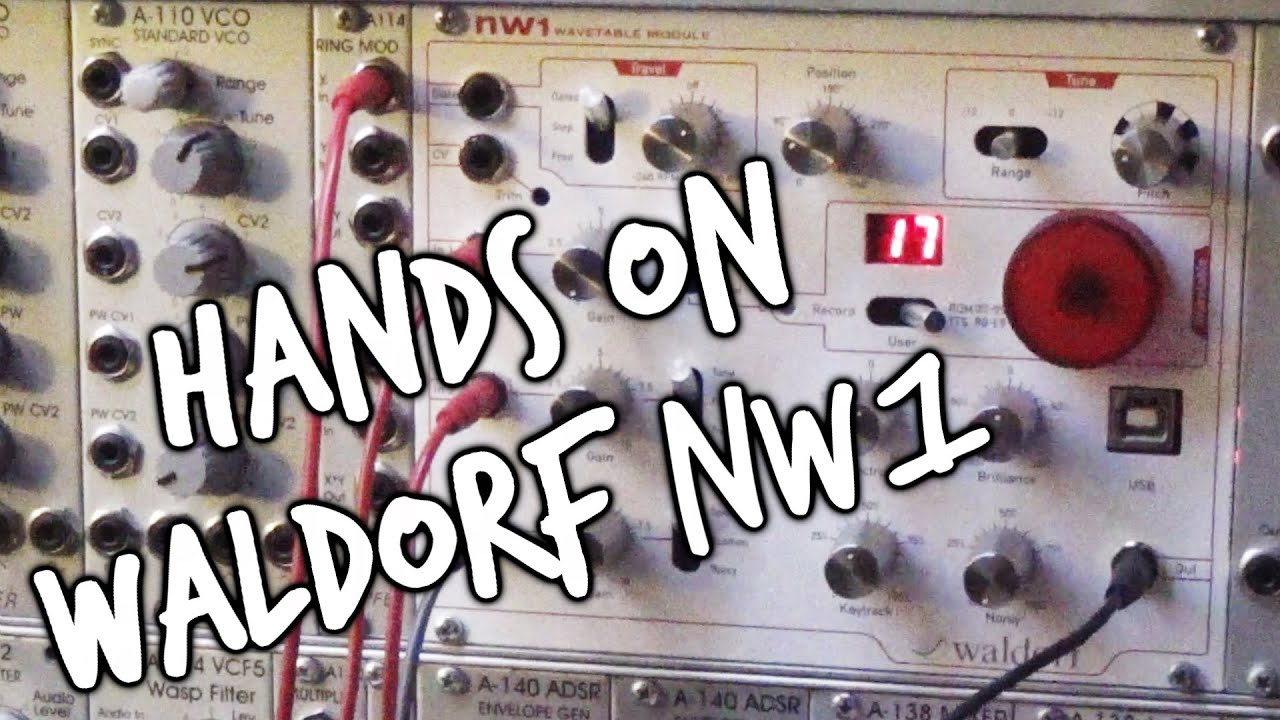