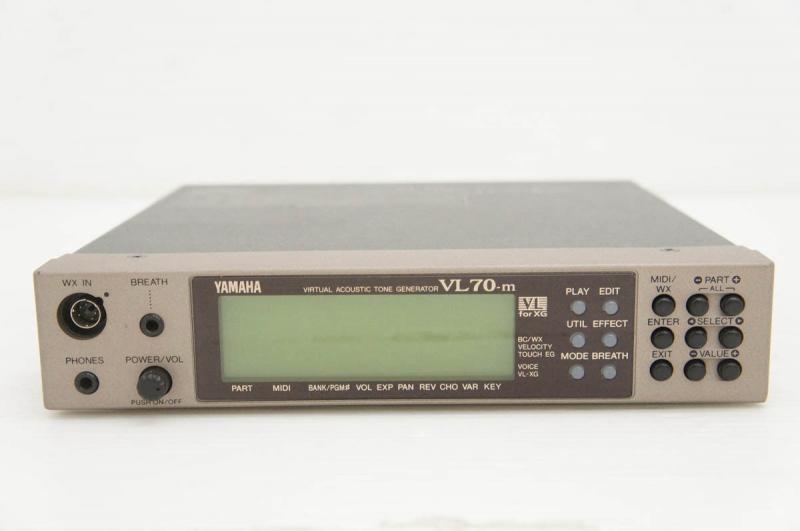 The VL70-m Virtual Acoustic Tone Generator is a unique bit of gear released by Yamaha in 1996. The basic idea behind this module is that it uses computer-based physical modeling technology in order to produce a high-quality monophonic voice. The technique simulates not just the complex vibrations and resonances, but also reflections and other acoustic phenomena that impact the sounds of real wind or string instruments.

The VL70-m has a built-in effects section that offers independent Reverb, Chorus, and Variation as well as Distortion effects. Most of the parameters of this unit can be edited using the panel controls, but Yahama also released peripheral voice editing software that allows for even greater flexibility. Also, a visual editor application was available featuring clickable buttons and easy to understand palettes for selections. Those preferring more familiar-looking knobs and switches could make use of the analog editor graphical interface, while the expert editor was reserved for those looking to unlock the complete range of physical modeling parameters.

Although the VL70-m can be controlled using a keyboard it is versatile enough to be used with many different controllers. It has a WX In jack for connecting a Yamaha WX-series Wind MIDI controller and could be connected to a computer with a TO HOST connector without the need for a separate MIDI interface. Using something like the BC3 breath controller with this unit allows for greater musical expression than using a keyboard. It can also be used in conjunction with a Guitar MIDI converter.

The VL70-m features a straightforward design with the Power/Vol Control, Breath Controller Jack, WX IN Jack, and PHONES jack all on the front panel. Here you'll also find a large backlit LCD panel as well as the various buttons used to control the VL70-m, access different modes, and choose effects. The rear panel has the DC-In Connector, Output L/MONO, and R Jacks, MIDI In/Out/Thru connectors as well as the TO HOST Connector and Host Select switch. It features 256 presets in 2 banks and VL-XG mode with effects.

The big selling point of the VL70-m was the Virtual Acoustic Synthesis, which was a completely different way of ton generation compared to oscillators, function generators, preset waveforms, or samples. It offered more depth and allowed for expressive playing. Overall, the VL70-m lived up to the promise of being an exceptionally powerful, flexible creative tool. 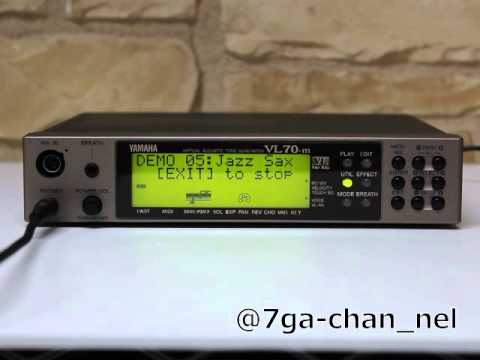 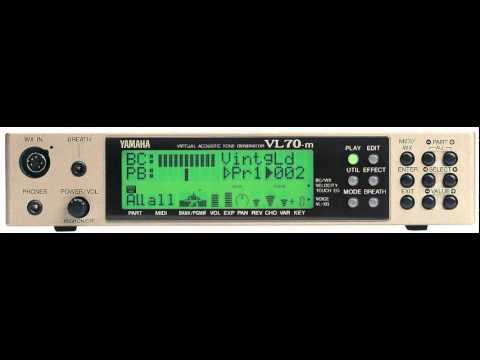