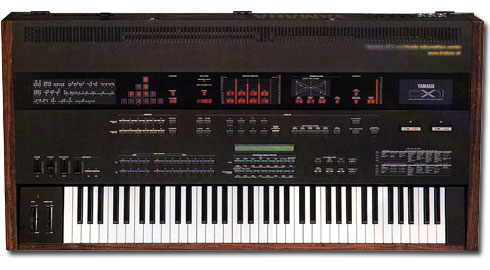 Among Yamaha's DX line of synthesizers, the DX1 is definitely the biggest and most expensive. With a dual 6-operator digital FM engine, it's like two DX7's wrapped up in a wood-paneled case and comes with a truly professional weighted 73 note keyboard sensitive to both velocity and aftertouch. The DX7 style membrane buttons have been replaced by actual push-buttons, display screens and the overall layout of buttons and diagrams is nicer and better organized.

Sound-wise, the DX1 is like a fatter DX7. It too features FM synthesis. That means that although the DX1 is a digital synthesizer, its sounds are unique and fresh with an analog/digital hybrid feel. Programming however, is not at all like analog synth programming. All DX series synths use FM synthesis and all are rather difficult to program or, at least, difficult to understand what to program. Fortunately the advanced DX1 has display screens that show amplitude modulation, envelopes, velocity, levels and de-tuning parameters unlike previous DX synths so you can better visualize what and how you are editing parameters. A neat new feature for the DX1 is that two patches (Channel A and B) can be used simultaneously with the keyboard in layer or split-mode. This mode is generally 16-voice polyphonic, but with just one patch loaded you can have 32 voices of thick polyphony! Pretty good for a synth over 15 years old! 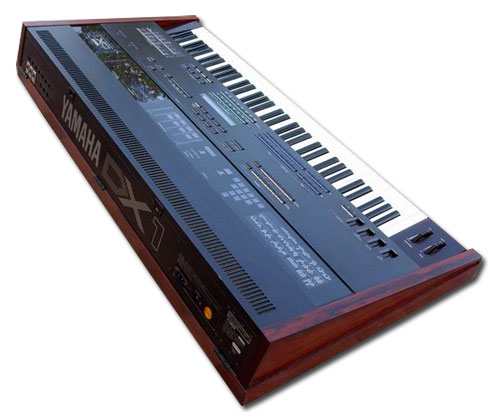 Although the DX1 may seem like a better buy than the more popular DX7, remember that the DX1 is expensive. There were only about 140 of these synths made and the retail value of a DX1 during its production year in 1985 was $13,900. The DX1 was the most expensive project Yamaha ever invested in. Expect to pay well over $2,000 for one of these today. They were followed by the DX5. Under the hood, the DX5 is identical to the DX1. The DX5 has done away with the heavy wood-paneling and has a less fancy keyboard. The DX5 also has a more compressed layout of buttons, sliders and diagrams on the front panel. The DX1, outdone by cheaper and more competitive DX synths is today, primarily reserved for those musicians big enough or wealthy enough to splurge on a real Vintage instrument with exquisite performance and interface features and sounds. It is used to this day by Depeche Mode, Vince Clarke, Kitaro, Elton John and Herbie Hancock. 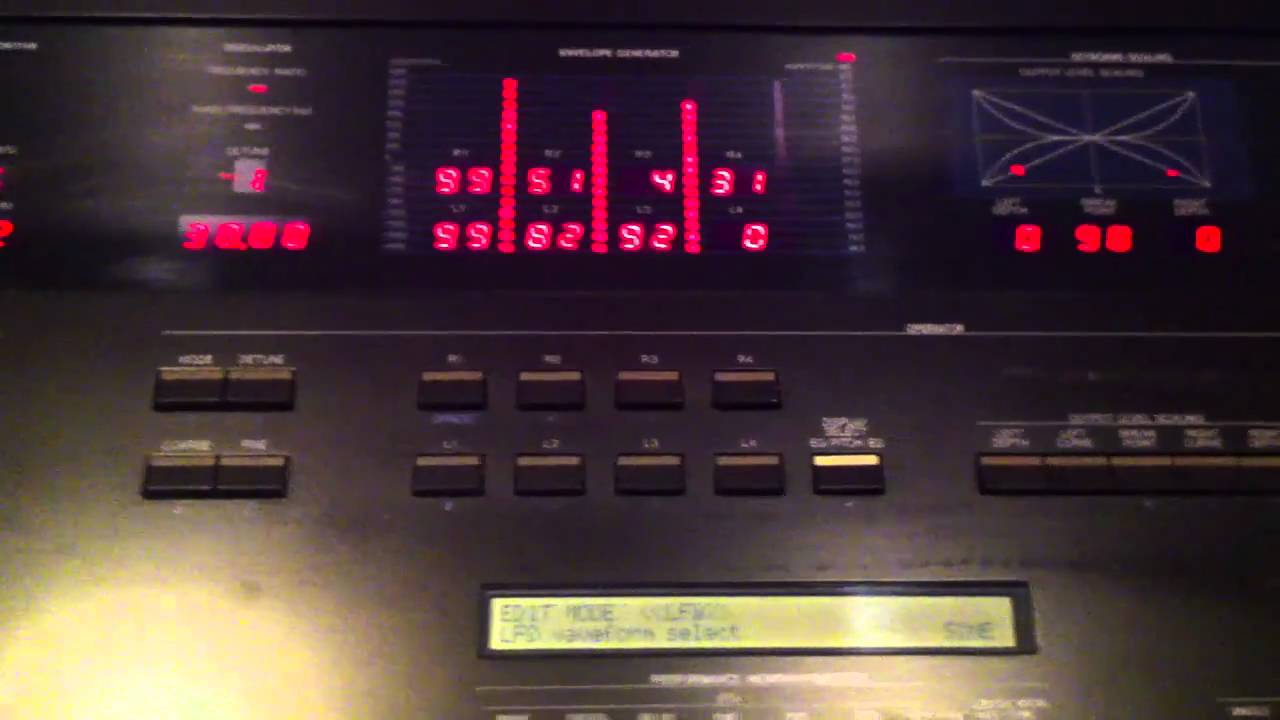