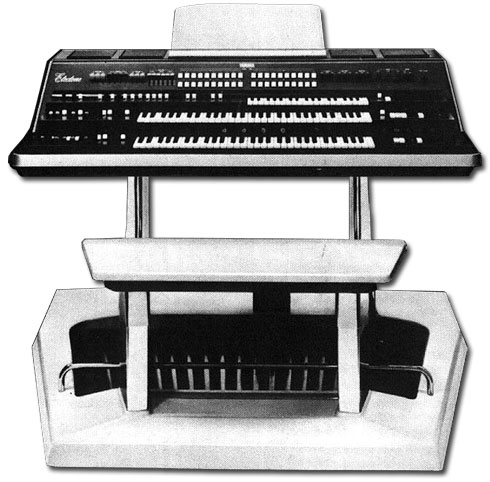 The GX-1 was Yamaha's first big polyphonic analog synth, and it was a beast! Considered the predecessor to the CS-80 (another huge poly-synth), the GX-1 featured a triple-tiered keyboard, pedalboard, ribbon controller, eight polyphonic voices, chromed pedestals and a $50,000+ price tag! OK, so it wasn't designed for your everyday musician - less than 10 were ever made and have been owned mostly by legendary synth/keyboard players including Keith Emmerson, John Paul Jones of Led Zeppelin, Stevie Wonder, Rick Wright, George Fleury, Richard James of Aphex Twin, ABBA, and Hans Zimmer who bought Keith Emerson's.

Although it may look like an organ at first glance, it's all analog heaven inside! The two main keyboards have 61 (velocity sensitive!) keys each, and are supplemented by a smaller (3/4 scale, pressure sensitive) 37-note keyboard and a 25-note pedalboard at your feet - 184 keys total! Eight voices of polyphony plus an additional monophonic are available and can be shared and layered or split up among the different keyboards. There are also organ-style drawbars and a ribbon controller for tweaking the sounds. Additional programming buttons are hidden away under drawers and panels on the front-panel.

The GX-1 used two analog oscillators per voice which are pretty much the same one's used later in the CS-80, along with a mild 2-pole VCF (filter), standard LFO and some ADSR envelopes. The GX-1 also had two "swell" pedals and a spring-loaded knee controller. It was truly a lush synth for its time, and its frequent use by many rock-legends helped cement its place in history as well as pave the way for the legendary CS-80. 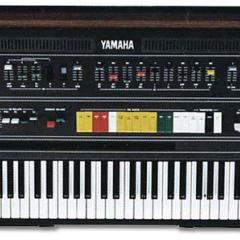