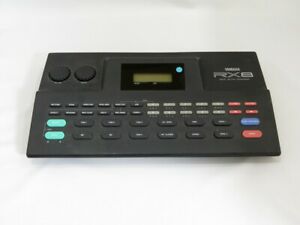 Yamaha released its RX8 drum machine in 1989 intending to offer a low-cost alternative to their RX5. Despite aiming it at the low end of the market to compete with the likes of the Alesis HR-16, the RX8 still offers a lot of features from the RX5. However, it has a sound of its own, which is mostly thanks to the fact that it is the first drum machine by Yamaha to use 16-bit PCM samples. This was rather impressive for the time, especially as Yamaha was able to offer it at a price below that of the competition.

The RX8 offers users 43 tunable sounds as well as the ability to play all of its sounds in reverse. Also, it supports RAM card storage for songs, pattern and voice data. The RAM cards can be used if you run out of internal memory capacity on the RX8, which has space for 99 patterns and 20 songs. The RX8 can also trigger external modules via MIDI and can also be triggered itself. The included sounds cover all the typical drum kit noises and along with the percussion sounds, there are also a couple of bass guitar, marimba, and orchestral stabs.

When it comes to operating the RX8 everything is laid out clearly and straightforwardly. It has a 2x16 character backlit LCD and thankfully this machine does have shortcuts that can be used once you are familiar with it, so you don't have to search through the menus all the time. Programming patterns can be done via the 16 rounded rectangular pads. Twelve of these pads are assigned to drum sounds while the rest is used for adjustments as well as starting, stopping and continuing. Unfortunately, the pads are not fully velocity-sensitive like those of the Alesis HR16. However, the RX8 is capable of recording incoming note velocity data if you use an external controller. To access the various features of the RX8 there are 26 thin rectangular buttons just above the pads. Left of the LCD are the Volume and Temp knobs. On the back of the RX8, you'll find MIDI In/Out, the power supply socket, cassette and cartridge storage interfaces as well as the various audio jacks and outputs.

The biggest advantage of the RX8 is how easy it is to use. However, it's biggest advantages at the time were the 16-bit sounds and low price, which means it has since been surpassed by better drum machines 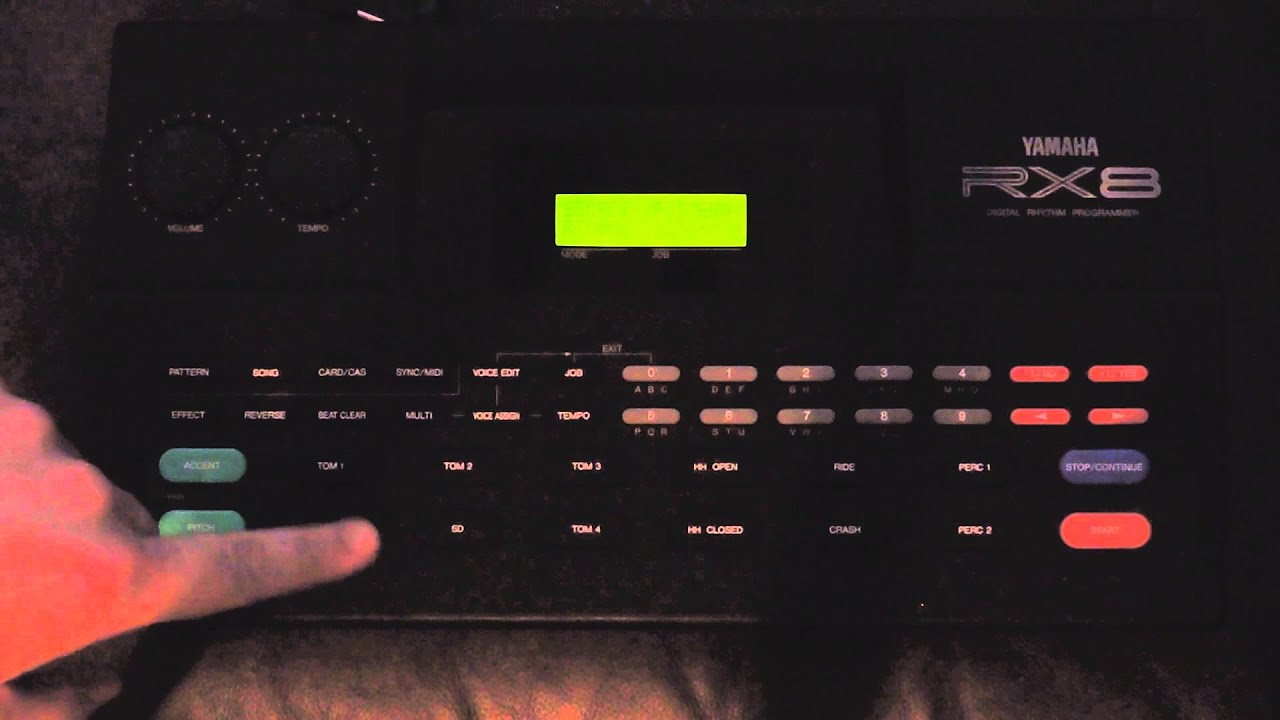 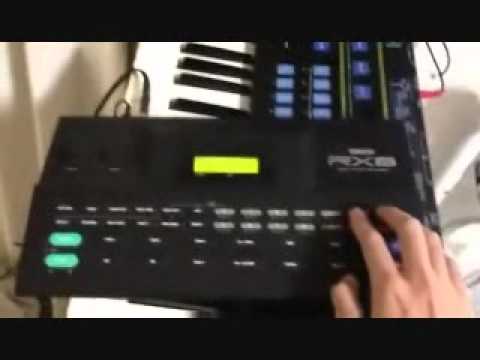