The SY22 is one of these digital synthesizers with a thin metallic sound. It uses a synthesis method known as vector synthesis (similar to that on the ProphetVS and Korg Wavestation) in which samples and FM sounds (adapted from Yamaha's DX line) are altered and combined using the on-board joystick to create new and often interesting sounds. Joystick moves can be recorded and repeated too, a feature rarely seen until the JP-8000 came!

There is no filter, no resonance, no ring modulator sand no sign of any arpeggiators or sequencers on-board. Although this is unfortunate, its strengths lie in its ability to record data manipulation in real-time and its multitimbrality - both of which lend themselves to creating some complex and cool sounds perfect for ambient, dub and industrial styles. It also has a drum kit sound set and simple built-in effects. A desktop module version of the SY22 is the TG33 which also has increased memory. The SY22 has been used by Moby, Skinny Puppy and Scanner. 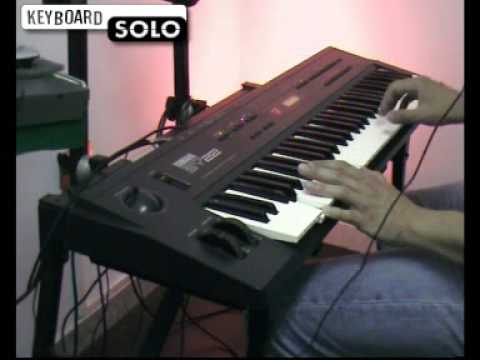