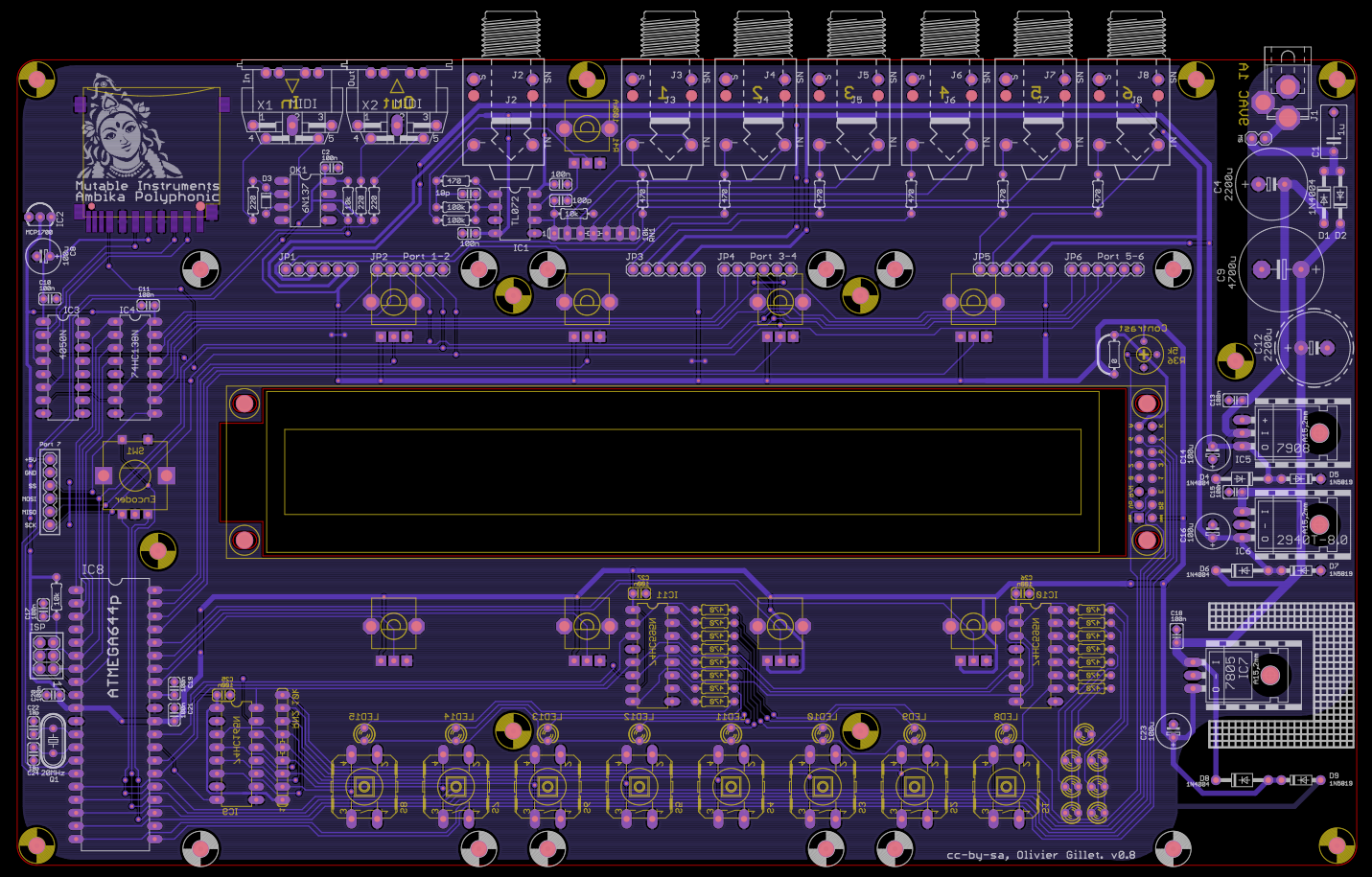 Ambika is a 2012 synth from Mutable Instruments although the French manufacturer has since dropped their support for it and distanced themselves from the instrument. It is a multi-voiced hybrid synthesizer with six voices that can be played as a six-voice polysynth, an ensemble of six monosynths, or just about anything in between. It dates back to the DIY days of Mutable Instruments and since it has a Creative Commons license it can be built by anyone who has the design.

Due to the DIY nature of the Ambika, the build quality is very much dependent on the materials and craftsmanship employed by whoever made it. Since it features hybrid sound generation you get the warmth and sonic character of a true 4-pole analog filter along with all the waveforms available through digital wavetables. Thanks to the digital control of the analog filter and VCA there is no shortage of modulation options.

The Ambika was quite a feature-rich synth for its time and had six voices with individual outputs along with two digital oscillators per voice and 36 oscillator algorithms/wavetables. The sub-oscillator could also be configured as a transient generator and it had a pre-filter overdrive as well as bit-crushing effect. Depending on the type of voicecard used it had an analog 4-pole filter or 2-pole multimode filter, and VCA. You also got 3 ADSR envelopes, 3 patch level LFOs, and a voice-level LFO. Furthermore, it had a modulation matrix with 14 slots and four modulation modifiers. Finally, it offered an arpeggiator, note sequencer, and two-step sequencers per part. Of course, thanks to SD-card storage, everything patches, programs and multis to your undo/redo history could be saved with ease.

The rear panel of the Amika is one to the SD-card slot, the MIDI In and Out connector, the mix line output, six individual outputs, and the AC power jack. The front panel featured a 2x40 character LCD with a clickable encoder next to it that is used to scroll between parameters and pages or fine-tune values. It has eight potentiometers, organized as two rows of four above and below the LCD. Below the bottom row of potentiometers, there are 8 LEDs, which are used to indicate which page is active. Just below the LEDs are eight switches, which are used to display synthesis pages. To the left of the switches are six LEDs to indicate which parts are active and which voicecards are currently playing while the status LED above them visualizes the rate of an LFO or the beats in a sequence. The layout is clean and practical and all the parameters are organized in pages with each displaying up to eight related synthesis parameters.

Overall, the Ambika was a great instrument for its time and still holds up really well if you can find one or have the skills (as well as parts) to assemble your own. Its flexibility is still very useful, but finding one in the wild can be quite costly. 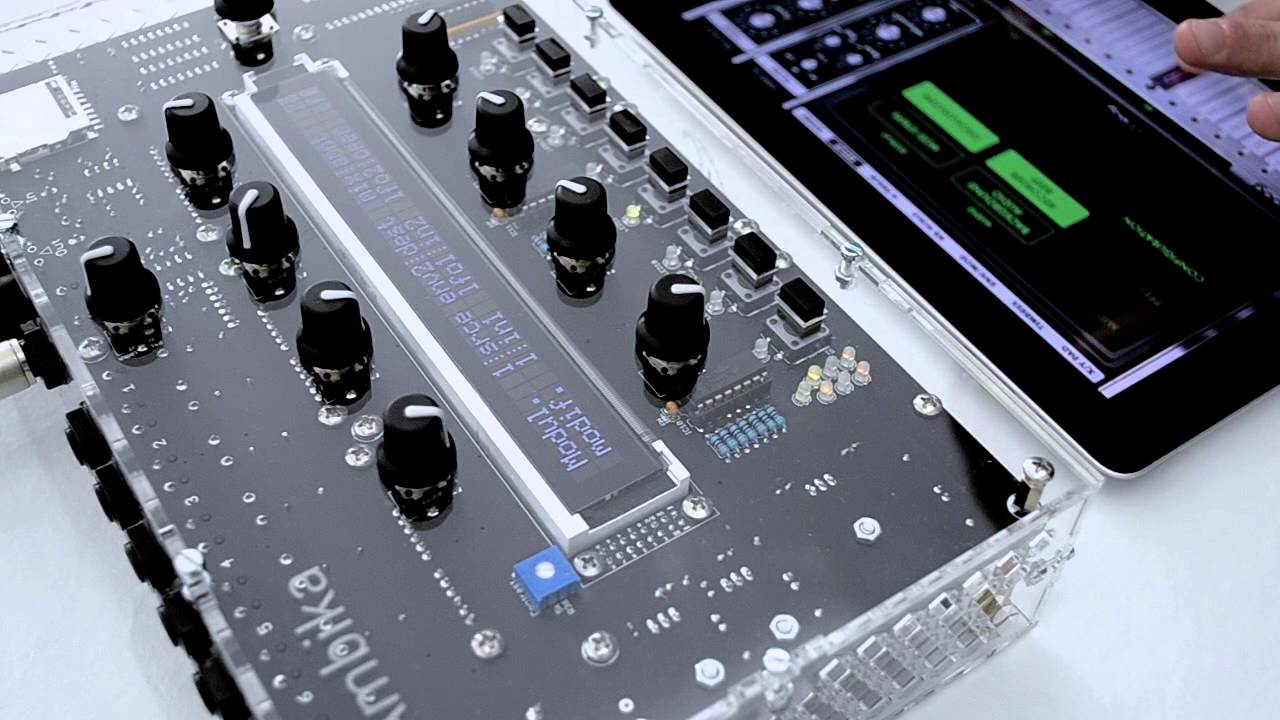 Sounds of Ambika - No 1
by
SYNTHWAY 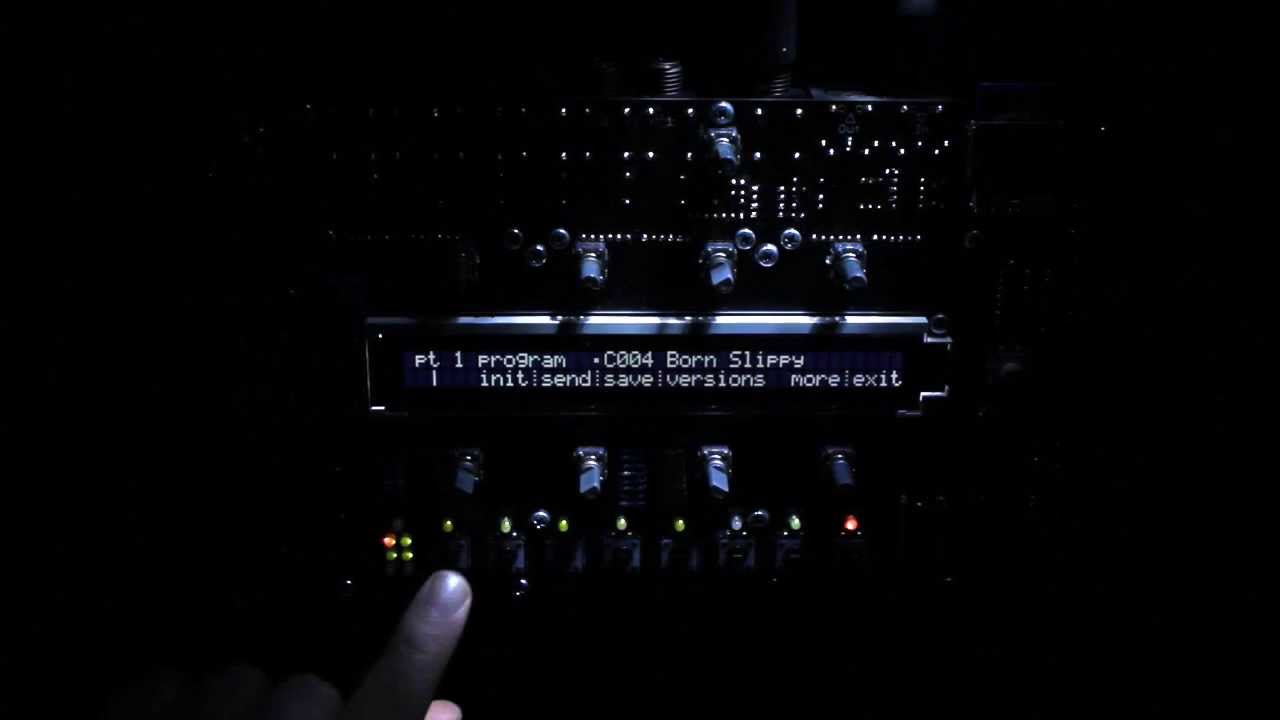