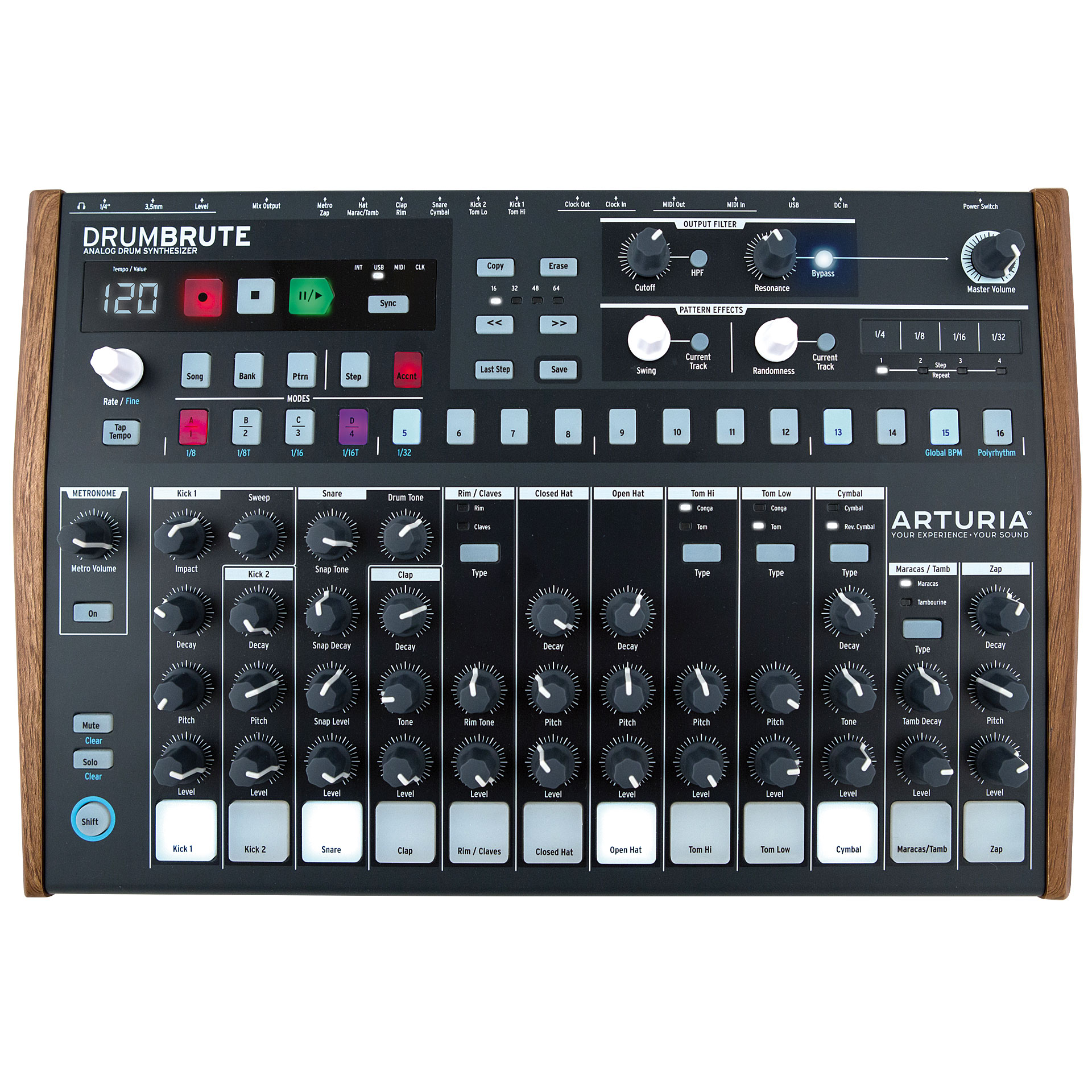 Arturia had already made a name for their "Brute" range with the MiniBrute and MicroBrute when the DrumBrute was released in 2016. Everyone was eagerly anticipating their MatrixBrute when the French company surprised synth enthusiasts with this all-analog drum machine.

The DrumBrute follows in the design footsteps of the MiniBrute, but its layout is spacious enough to access everything with comfort. This drum machine features a smooth sounding 12dB dual-mode Steiner-Parker filter and was an altogether more serious offering than some of the other offerings on the lower end of the price spectrum.

There's a lot to like about the DrumBrute, including how intuitive it is to use and how easy it is to get a good workflow out of it. Anyone with some experience using drum machines will be able to dive right in and even newcomers can get far thanks to the layout and everything being clearly labeled.

In terms of performance, the DrumBrute covers all of the basic sounds that you would expect from a drum machine. However, it does lack the distinctiveness of icon drum machines, such as the 808. This isn't too much of an issue, though, as you do have access to individual outputs with this drum machine, which makes it easy to process the sounds. It is something that rival drum machines in the same price range lacked and added a lot more versatility to the DrumBrute.

The DrumBrute has four memory banks that allow for sequences of up to 64 steps. Longer arrangements are also possible thanks to its song bank with space for 16 songs of up to 16 patterns. Also, you can upload patterns and songs to the DrumBrute's memory over USB. It's not quite as fun to create patterns on Arturia's MIDI Control Center software as it is using the hardware, but the option is there for anyone who wants to create more complex sequences. The DrumBrute even has a Polyrhythm mode that allows you to set independent sequence lengths for each track.

Unfortunately, the DrumBrute is a little lacking in some areas as it's not possible to record sound parameters into the machine or even automate them from an external source. These are features that could be found in rival hardware, such as Electribes and the TR-8. This lack of automation won't bother people who enjoy getting hands-on with their hardware, though, but it is something that could bother others.

All in all the DrumBrute is a very what you see is what you get kind of machine. The price is reasonable, the sounds are good and the workflow is great.

Arturia Drumbrute - where did the thread go? 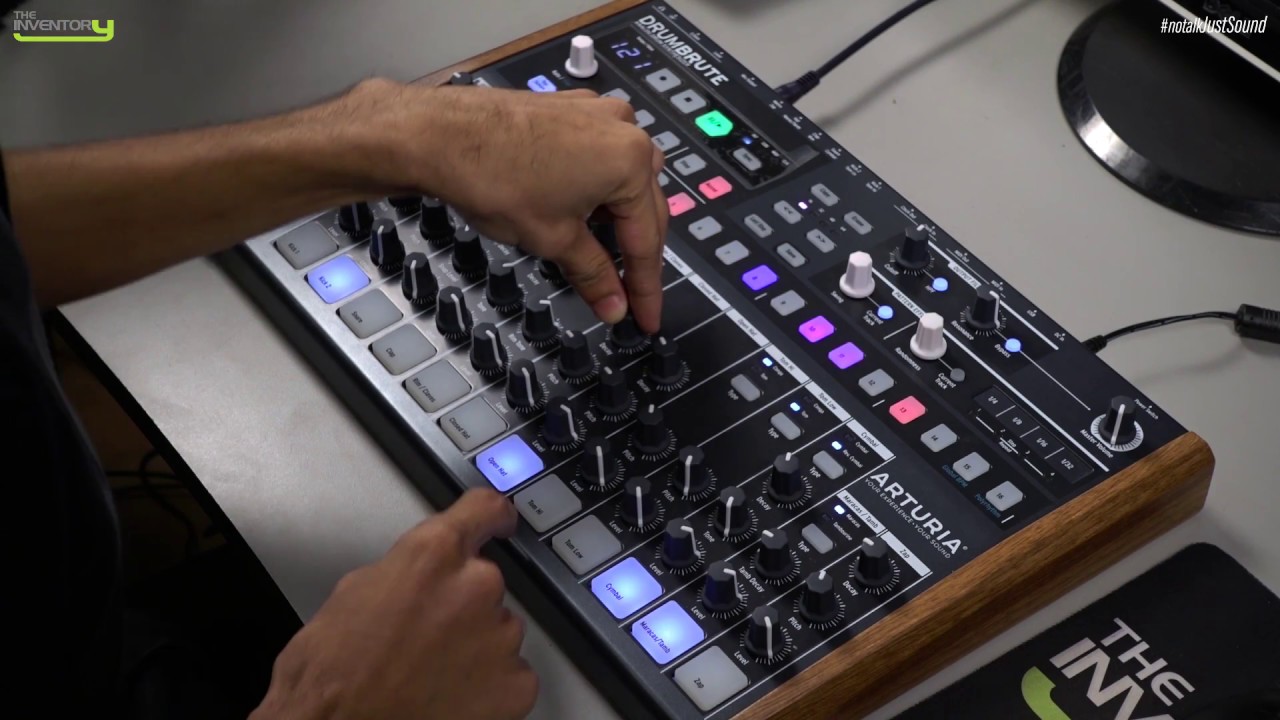 No Talk, just Sound - Arturia DrumBrute (HouseX4)
by
The Inventory 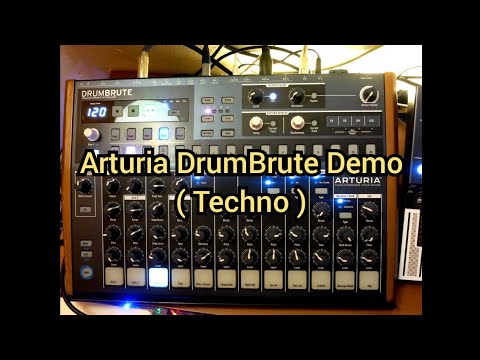