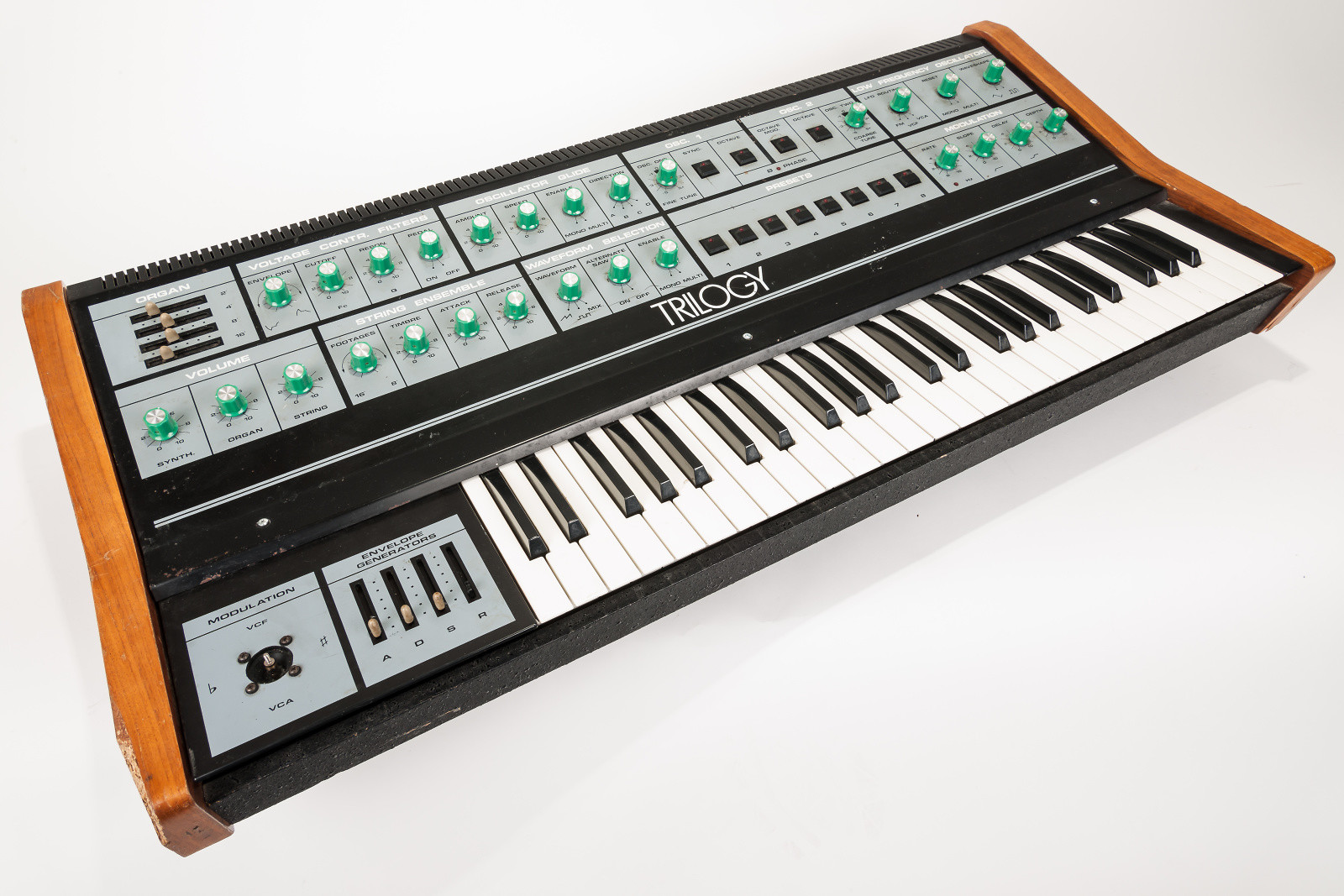 The Crumar Trilogy Orchestral String Synthesizer is an Italian synth that was in production from about 1981 to 1985. It derives its name from the fact that it is made up of three different sections. These sections are the synth, string, as well as organ. The three sections are combined into one instrument to make up the six-voice analog hybrid synth. What is nice about the Trilogy is that in addition to being able to layer the sections they all also feature individual outputs for separating the sounds.

When it comes to features, you'll find 2 VCOs with sawtooth and square waveforms in the synthesizer section of the Trilogy. In addition, it allows you to switch between saw and square by pressing and releasing a key. Both oscillators share the same waveshape, which renders the fact that they can be synced a bit redundant. The Trilogy does have an LFO with triangle and square waveforms, along with controls for depth and rate. A simple ramp generator is also included while the amplifier features an ADSR envelope generator.

Compared to the synth section, the sections for string and organ are very simplistic. Both of these only have a few parameters that can be adjusted by users. For the organ, you get to select the octave range while the string part has a very simple AR EG. The Trilogy does not have any user-programmable patches despite its internal memory. Instead, you have seven preset sounds to choose from. A slimmed-down version of the Trilogy was made, called the Crumar Stratus, which lacks the string section and memory.

The Trilogy has a 49 key, non-weighted, plastic keyboard. Although the Crumar Trilogy is a relatively rare vintage synthesizer, it doesn't have the best build quality and maintenance can be a big issue if purchased second-hand. It also has very limited sounds, which makes it tricky to incorporate in your studio unless you are a big fan of obscure hardware.

The Trilogy was one of the best-known synths from the Italian manufacturer and is rare enough to make it of interest to collectors. However, for serious use, it has too many limitations. The size and weight of this instrument also make it very impractical although very impressive looking. 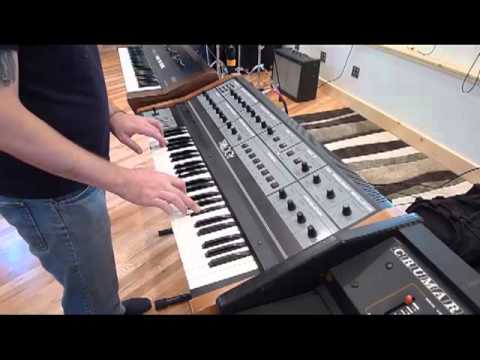 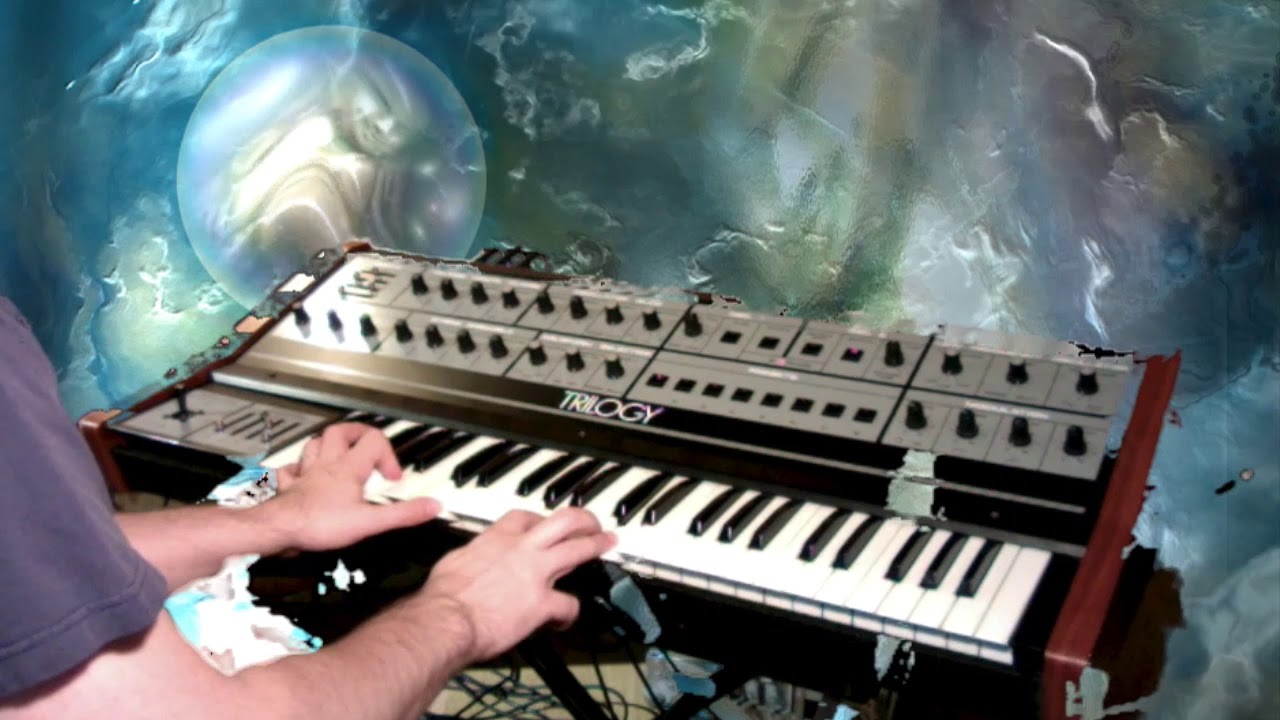