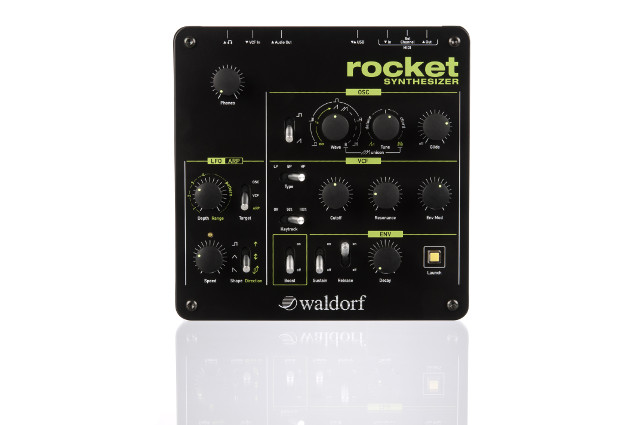 Waldorf surprised everyone in 2013 when they released the Rocket synthesizer seemingly out of the blue. It is a compact mono synth with an affordable price tag that was designed for analog enthusiasts on a tight budget.

The Rocket features a portable design with a height of 2.6" and a width of 7.3". It also only weighs about 2 lbs, so nobody is going to injure themselves carrying this synth around. It sports an attractive black case with green and white lettering, which gives it a very stylish look. However, the design doesn't just look good, but it is also very functional, and everything is laid out clear manner. To keep the price down, the chassis of the Rocket is almost entirely plastic, but metal was used for the top and back to keep it sturdy.

The Rocket Synthesizer boasts nine knobs and eight switches, along with a "launch" button. The launch button is used for triggering sound without having to use an external keyboard as well as to visualize MIDI activity. This synth is divided into four sections, consist of LFO/ARP, OSC, VCF, and ENV. One peculiar aspect of this synth is the dedicated headphone volume knob, which is in place of a main volume control. It features a USB connection for MIDI in and out while also drawing power. However, it doesn't require a computer to function, and you can make use of a universal adaptor to power it via USB instead. In addition, Waldorf released a Rocket Control iOS app for programming and storing patches without the need for a PC. The traditional five-pin MIDI for IN and OUT connections are also available, although the Rocket lacks MIDI Thru. On the rear panel, you'll also find VCF IN, audio line output, and a minijack for headphones output. Finally, there is a MIDI Channel Selection button on the back, but no on/off switch.

Overall, the Rocket was a very enticing synthesizer for anyone in search of an aggressive monosynth at an affordable price. It is very intuitive to control, and the built-in arpeggiator is obviously a big plus. The Rocket can provide great percussion, leads, and bass, so don't be fooled by the seemingly limited amount of controls that it has. Although it's not perfect, the priority for a headset volume control is very puzzling, the Rocket accomplishes what it sets out to do quite admirably. 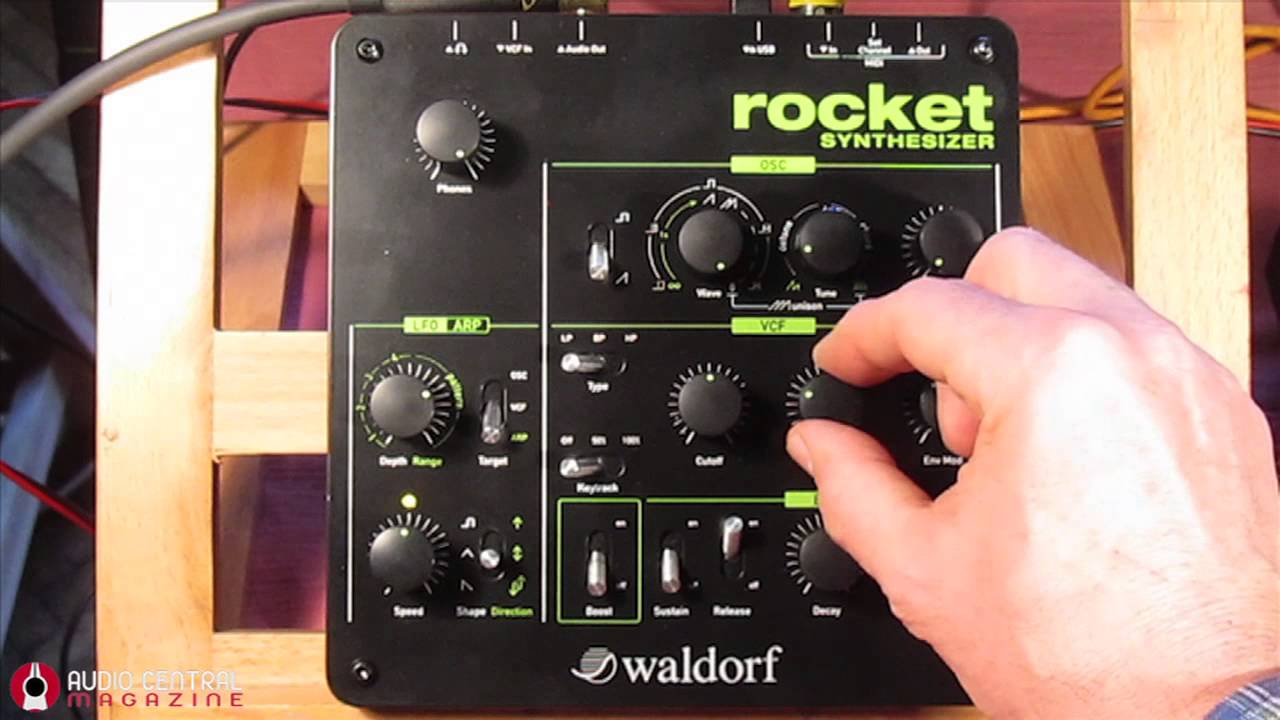 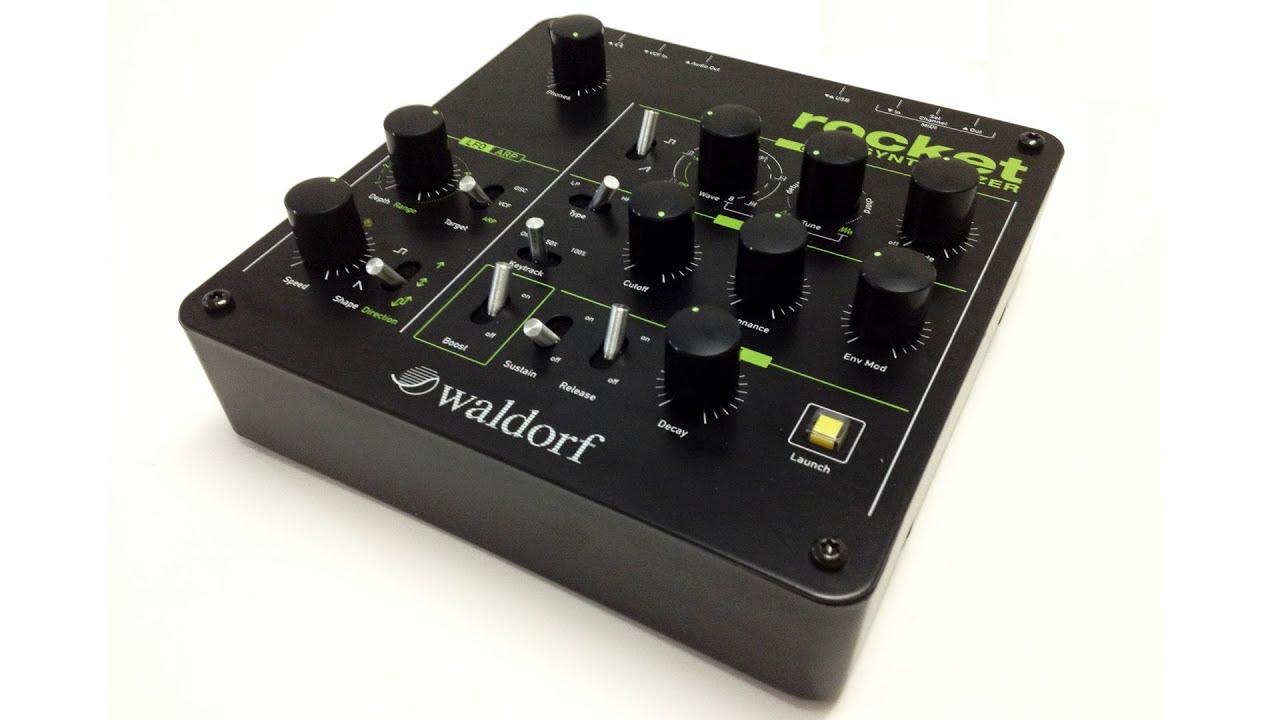