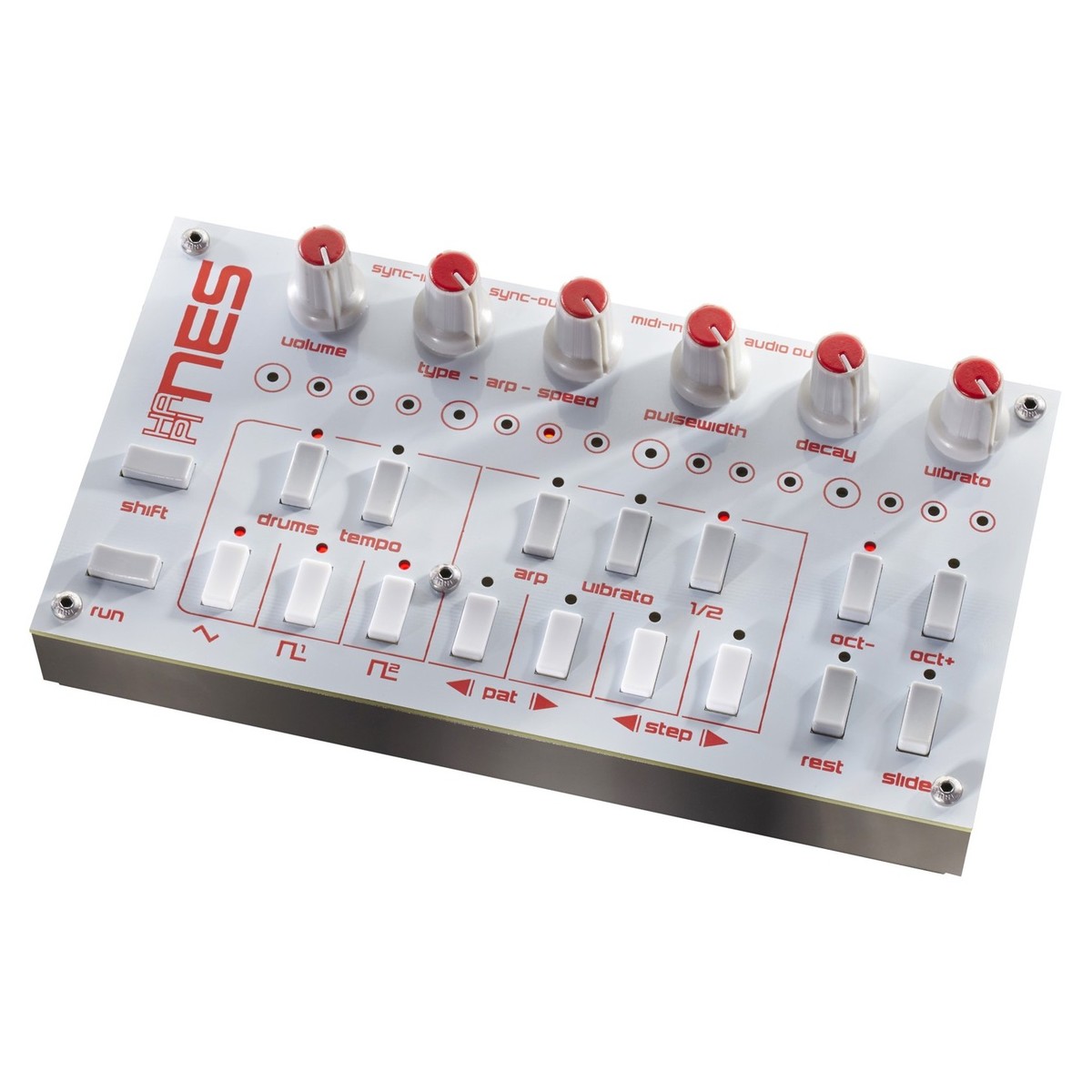 The popularity of chiptune music and the lasting appeal of the Nintendo Entertainment System is what makes the hapiNES by Twisted Electrons so popular. This multitrack chiptune synthesizer was inspired by the RP2A07 sound chip featured in the original NES games console. It provides users access to four voices that allow for authentic-sounding chiptune music in real-time.

Originally released as a slimsynth, the hapiNES was later upgraded to the L(arge) version. The only difference between the two models is that the large version comes with additional hardware, such as MIDI Type A and analog syn in and out connectivity. The large version also comes packed in a very rugged metal case.

The hapiNES L features four oscillators and allows users to create music that sounds exactly like what the NES was capable of delivering. The two block/pulse oscillators can be used to shape melodies, while the noise oscillator can be manipulated to create synthetic drum sounds. In total, it has 59 synthesized preset drum sounds along with one self-evolving drum sound. The hapiNES L also features a built-in sequencer/arpeggiator for creating more complex patterns per oscillator. In addition, it can be used the type of fast arpeggios that programmers of the original hardware used to try and simulate chords in games. Along with the 16 arpeggiator modes with variable speed, the hapiNES also has vibrato with variable depth and speed.

Other features of the hapiNES include four tracks for real-time composing, live recording, key change, and pattern chaining for up to 16 patterns and 256 steps. It also supports pattern copy/pasting, ratcheting for up to four hits per step, and reset on any step for 1-16 step patterns.

Thanks to its rugged case, the hapiNES L looks a little more stylish than the original barebones synth. It has six high-quality potentiometers at the top of the case to adjust the volume arpeggiator type and speed, pulse-width, decay, and vibrato. Below these are 18 buttons for adjusting things like the octave, steps, patterns, temp, and more. The 32 LEDs featured on the case also have three levels of brightness, namely Beach, Studio, and Club. Although initial issues with some of the units caused the vibrato knob to affect the volume, this has been fixed with a firmware update. A battery or USB can power the hapiNES.

Overall, the hapiNES is great for chiptune enthusiasts or anyone who fondly remembers the NES era. The triangle bass and dedicated rectangular oscillators of this board sound very authentic and will be recognizable by anyone familiar with the RP2A07 chip. The compact design also adds to the appeal of this synth. 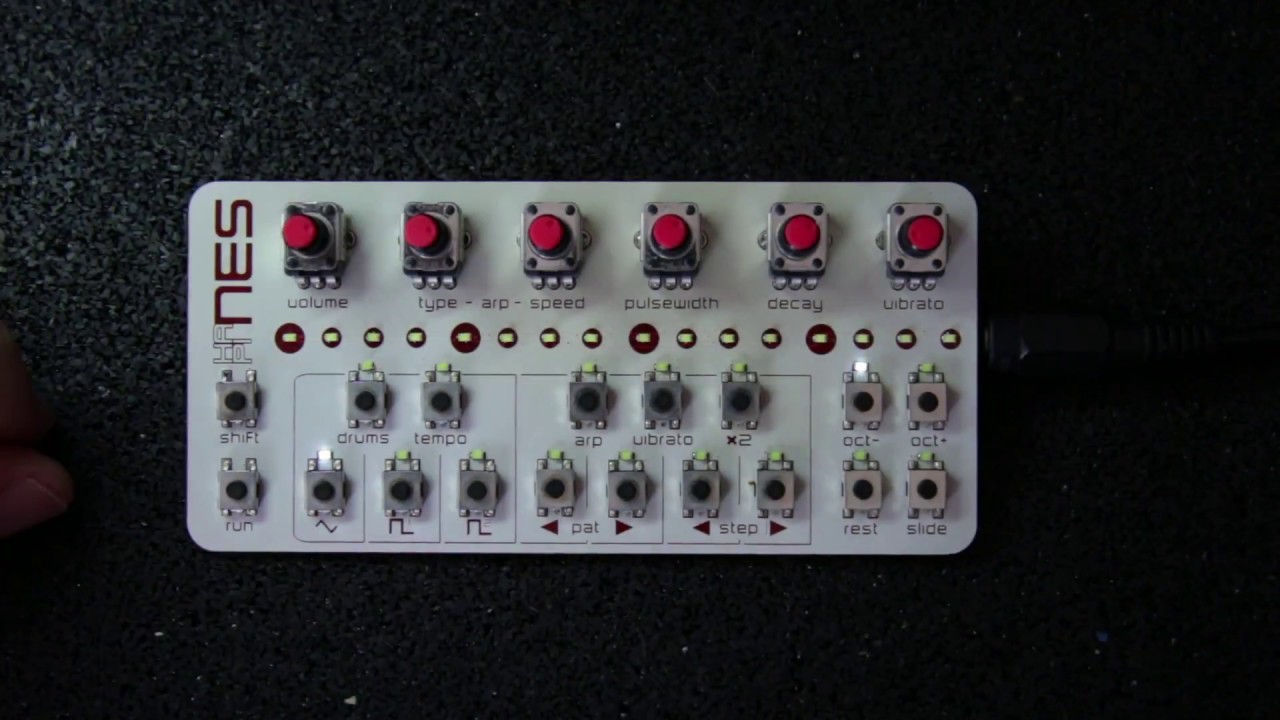 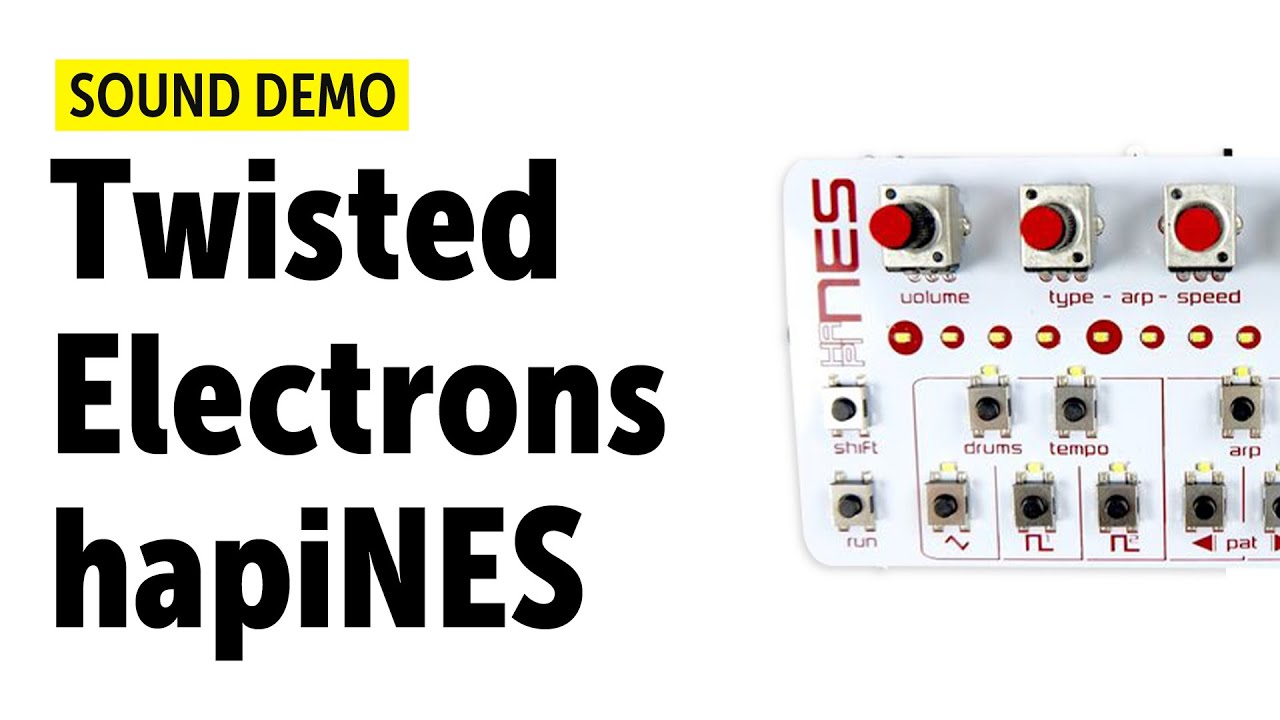