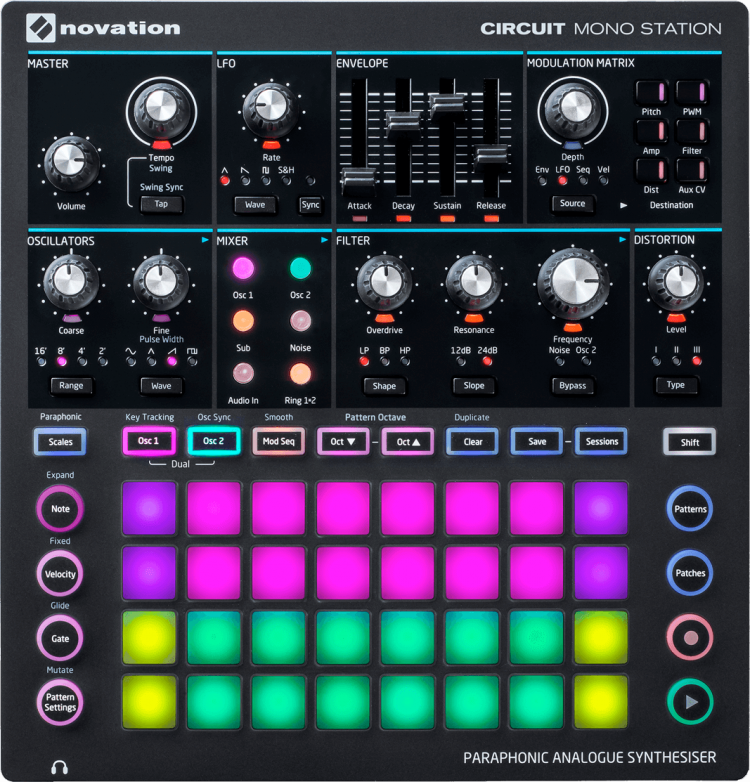 In terms of design, the Circuit Mono Station shares a lot of similarities with the original Circuit when looking at the bottom panel. Some of the pads are now tied to different functions, but anyone familiar with the Circuit should feel right at home with the CMS. However, the CMS is a little larger and thicker than the Circuit thanks to the addition of the synth control section in the top half.

One slight disappointment of the CMS is that it is too power-hungry to run on either USB or batteries, which means it is tied to an AC adapter. The lack of a built-in speaker also hampers its portability, so this is a synth that is going to stay in your studio instead of your backpack. It is still quite portable, though, so it's not going to take up too much valuable space in your setup.

The synth engine used for the CMS uses two main oscillators along with a Sub, Ring Mod, and Noise as well as a selectable high-, band- or low-pass filter. Added to that you get a four-wave LFO, 3 distortion modes and ADSR. It has a sequencer with 32 sessions and two tracks per session, and you have access to plenty of advanced sequencing options. The inclusion of a screen could have taken some of the confusion out of editing but would have increased the size of the synth.

The Circuit Mono Station could easily have ended up feeling like a stripped-down Circuit bolted on to a stripped-down Bass Station II, but Novation has ensured that this synth is more than just the sum of its parts. It has a thick and weighty sound while the hands-on controls are great for anything who prefers hardware over software. Novation released the CMS at a time when there was a deluge of analog monosynths but made sure that it had enough features to stand apart from the pack. It's more expensive than the original Circuit but features enough new functions as well as a range of CV outputs to ensure it will remain useful for a long time. 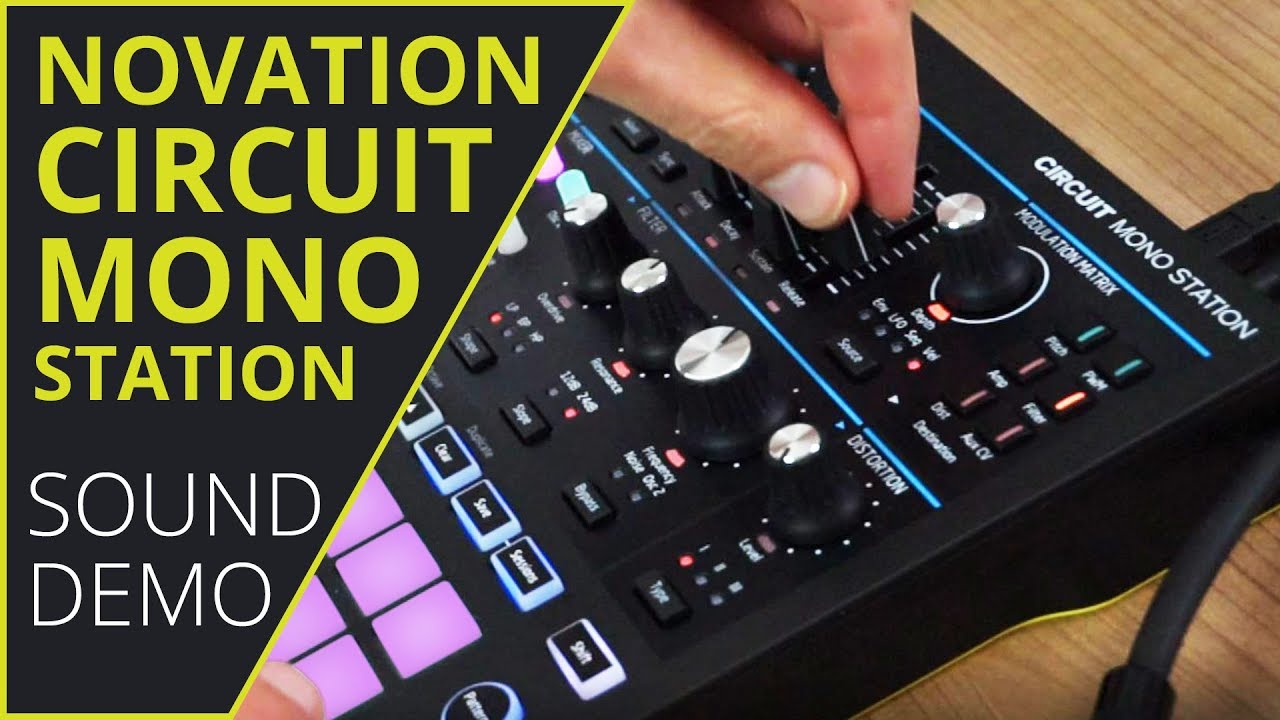 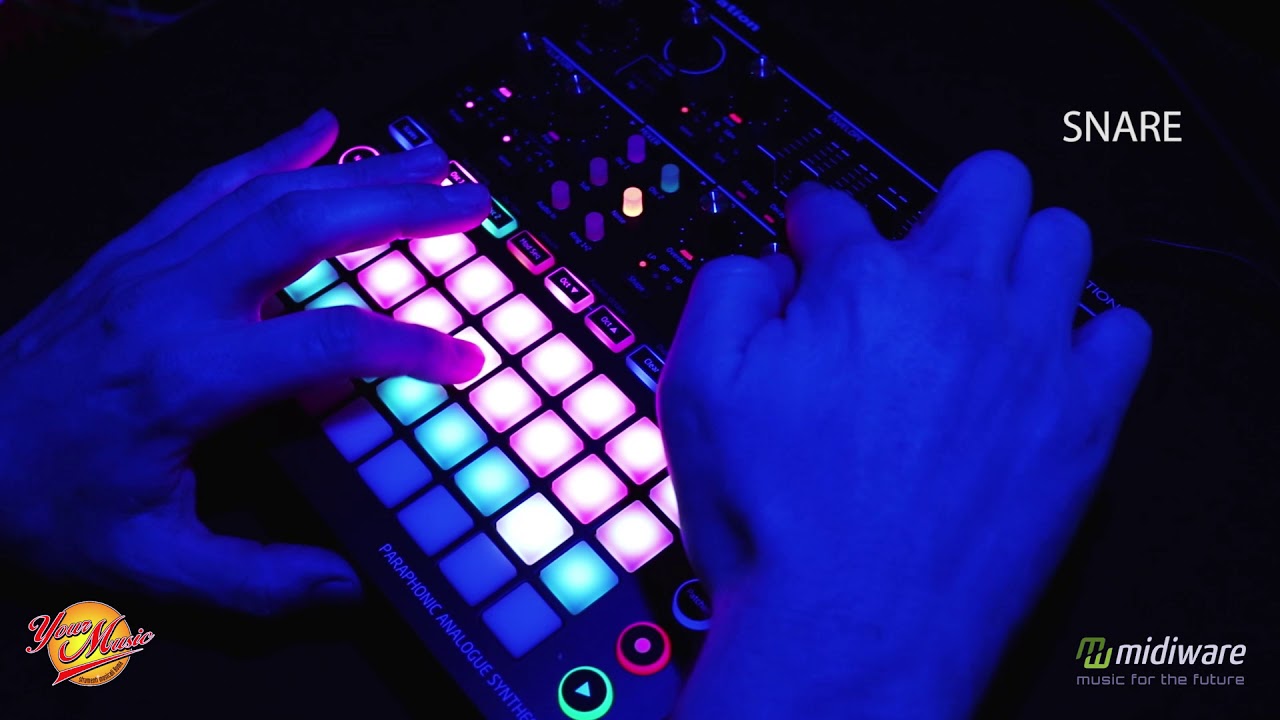