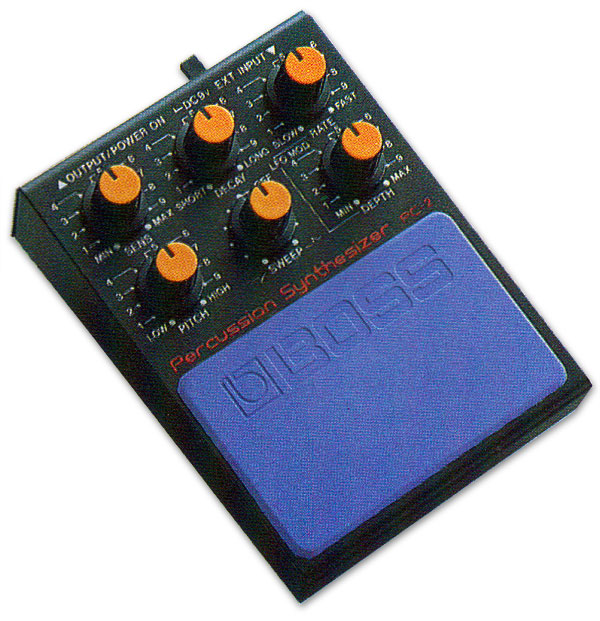 Boss released the PC-2 Percussion Synthesizer in 1984 alongside the HC-2 Hand Clapper. Both units are a little larger than a standard Boss pedal, have a battery compartment underneath (they run on a 9V battery) and jacks on the rear. The metal case sports controls on the top and a thick rubber trigger pad. There is also a 9V DC socket for use with an external power supply.

The PC-2 is a very simplistic analog synthesizer featuring six controls to help shape various synth drum, percussion and effect sounds. It uses a single VCO with a triangle waveform and a knob to adjust its pitch. The sound is more often of the UFO bleep and bloop variety, although with a bit of help from the OEM manual, you can find the settings to make big bass drum sounds, castanets, tom toms, wood blocks and more. The Sweep knob can give the sound an ascending or descending pitch bend effect. The VCA envelope is limited to a simple Decay control (attack is a fixed hard transient). A simple LFO, switchable between Triangle or Square waveforms, with Depth and Rate controls can be used to modulate the VCO for subtle vibrato to crazy wobbly sounds.

The unit can be used standalone, with the sound being triggered by tapping the pad, or in conjunction with various drum machines, sequencers, or even a guitar—a 1/4" input jack takes a positive trigger voltage pulse. The strength of the trigger, coupled with the Sensitivity control, determines the volume of the sound. Oh and the Trigger pad is incredibly sensitive. It can take anything from the slightest touch to the hardest whack of a drum stick, and the differing velocities don't just alter the volume, they can seem to slightly transform the sound as well. Output is from a mono 1/4" jack.

On its own the PC-2 may not look too exciting. But it is an analog synthesizer built in to a rock solid pedal. Its simplicity belies the wide range of true analog sounds that can be coaxed out of the little unit. And they can be had for fairly cheap prices. Coupled with some other external effects such as distortion or delay, the PC-2 can add some extra color to a percussion part or just make for some fun and weird synth bleeps and bloops.

The Amdek PCK-100 is an identical DIY kit version of the Boss PC-2 that you assemble yourself. The Amdek version provided for some simple modifications in their instructions to add some extra flavor. One mod allows for the rear switch to change the VCO waveform between the standard triangle and either a square wave or combined square/triangle wave. Other mods allow for changes to the VCO and LFO frequency ranges and the VCA decay time. And certainly there may also be some creatively circuit-bent models floating around too. 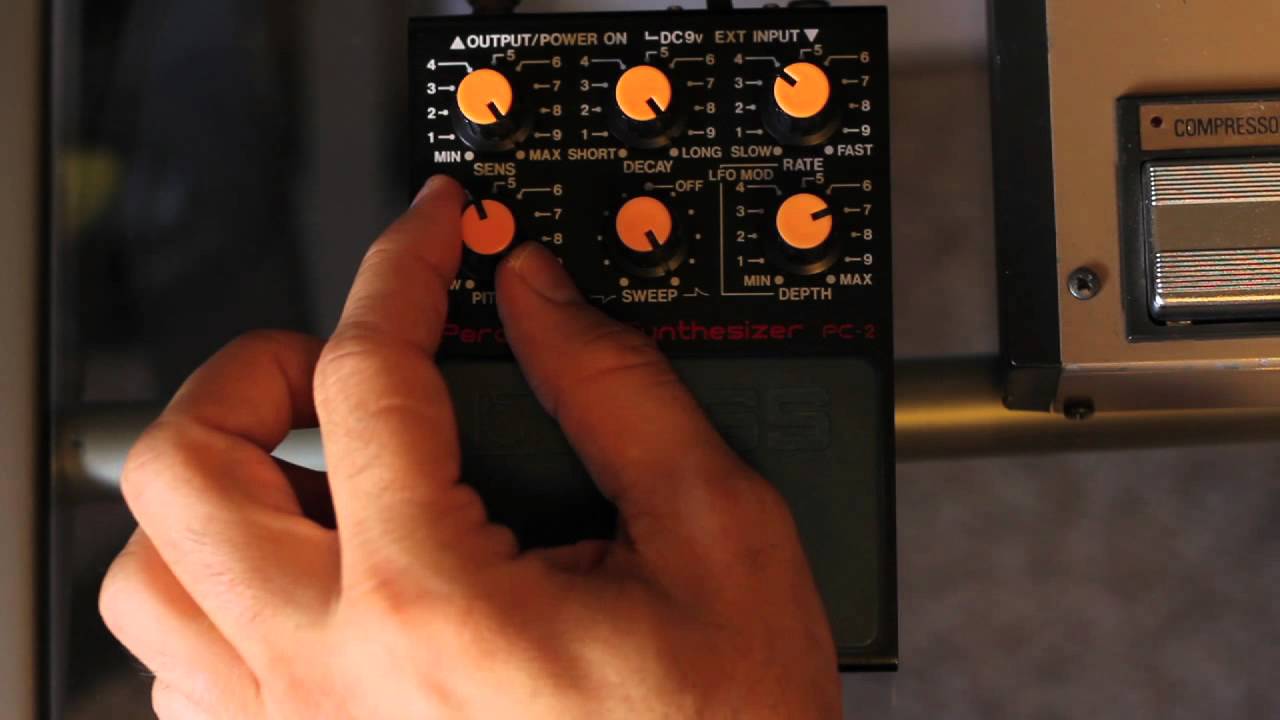 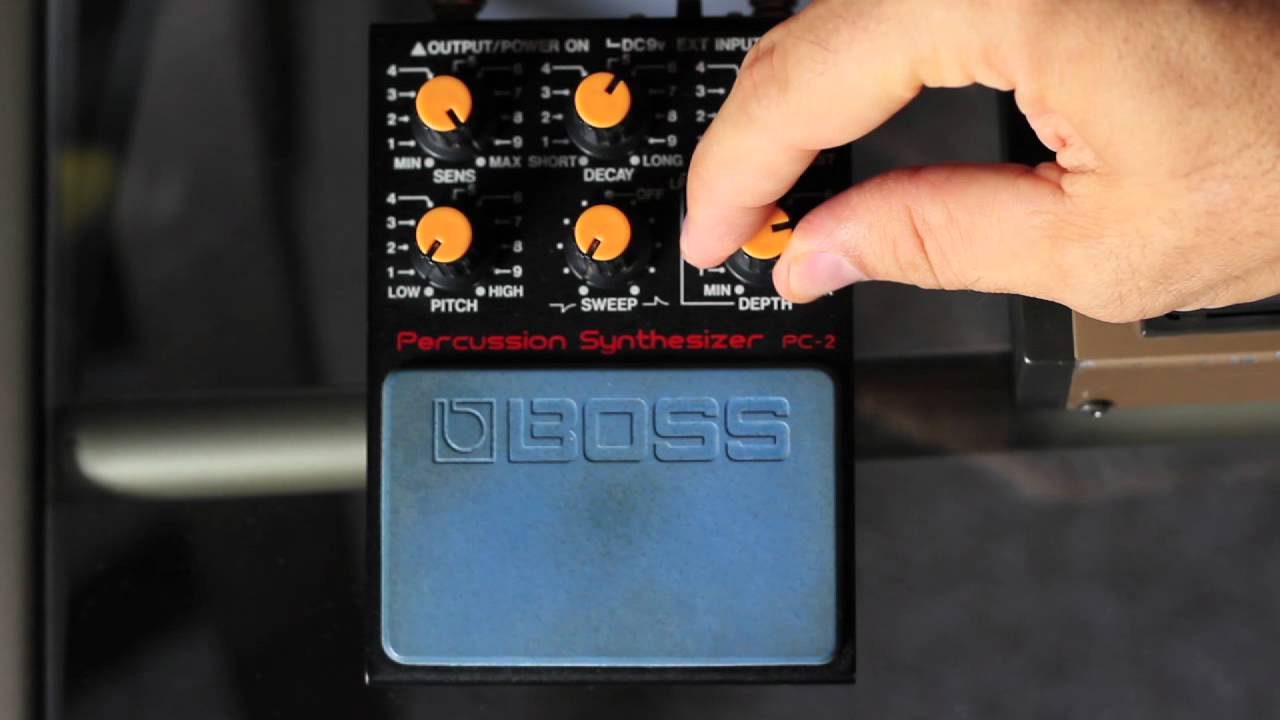