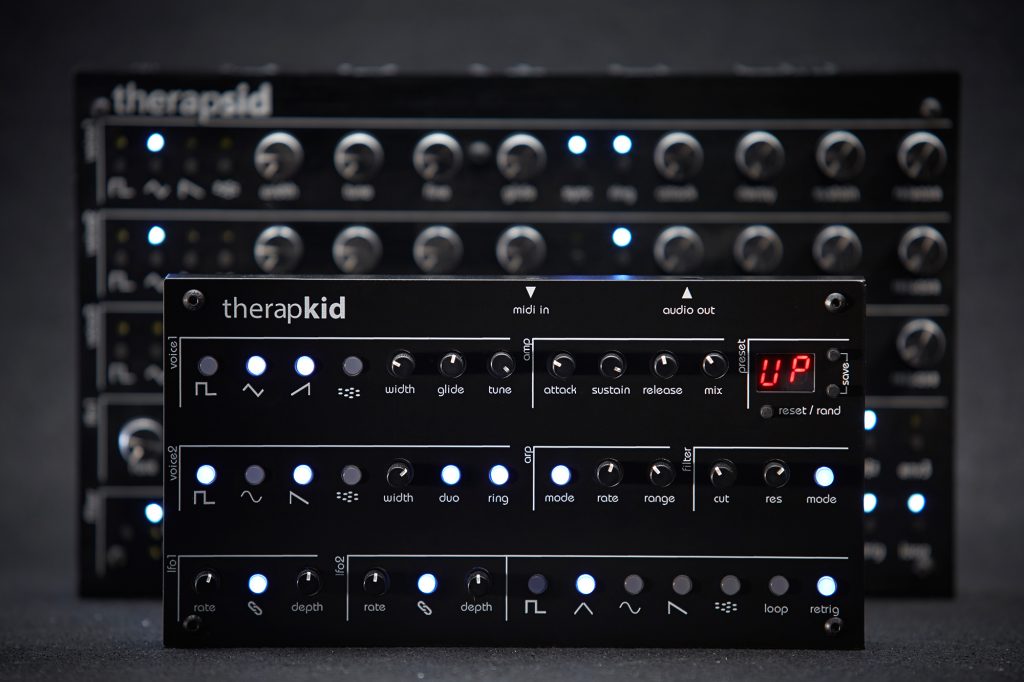 TherapKid is a desktop synth by Twisted Electrons that was released in 2019. The company already released TherapSid, named for the Sound Interface Device of the Commodore 64, but TherapKid is nothing to sneeze at either. This duo-phonic synthesizer combines the best elements of the first generation of SID with those of the later ones. This gives users the strong filter resonance that characterized the 8580 along with the gritty tone of the 6581.

With the TherapKid you get two voices, each of which has four oscillators. It can be played in duophonic mode, offering two notes at once or in mono mode where you can detune them. Each of the oscillators can even be detuned individually if you want to form chords or drones. Despite its use of 8bit wavetables, the TherapKid makes use of a powerful 96MHz 32bit processor for processing along with a 16bit DAC with oversampling and filtering. This provides retro fans the sound that they want while still having access to the summing headroom, rich-sounding filter, and complex modulations of modern hardware.

Other notable features of the TherapKid is its multi-mode arpeggiator as well as its ring modulator. It also has a dual therapSid style LFO with up to 48 connections that can be made with just the push of a button. This synth has 50 presets in memory and also offers a wild random preset generator.

In terms of design, the TherapKid is housed in a sturdy powder-coated steel case and is USB-powered. It can also be battery-powered if used in conjunction with a USB battery brick. The unit is very compact but has a sturdy feel to it. The top left section of the synth features four buttons with corresponding waveforms that can be toggled on or off. You can also hold down a waveform button and then use the mix know to fine-tune its volume. Users have access to four filter modes while each of the LFO's can modulate up to 24 of TherapKid's parameters. The knobs and buttons of TherapKid are very small, which could be an issue for some users, but it helps to keep the overall size of the synth compact.

Overall, TherapKid is a great synth for fans who love retro and chiptune music or have fond memories of the SID but don't want to spend a fortune on the bigger TherapSid. 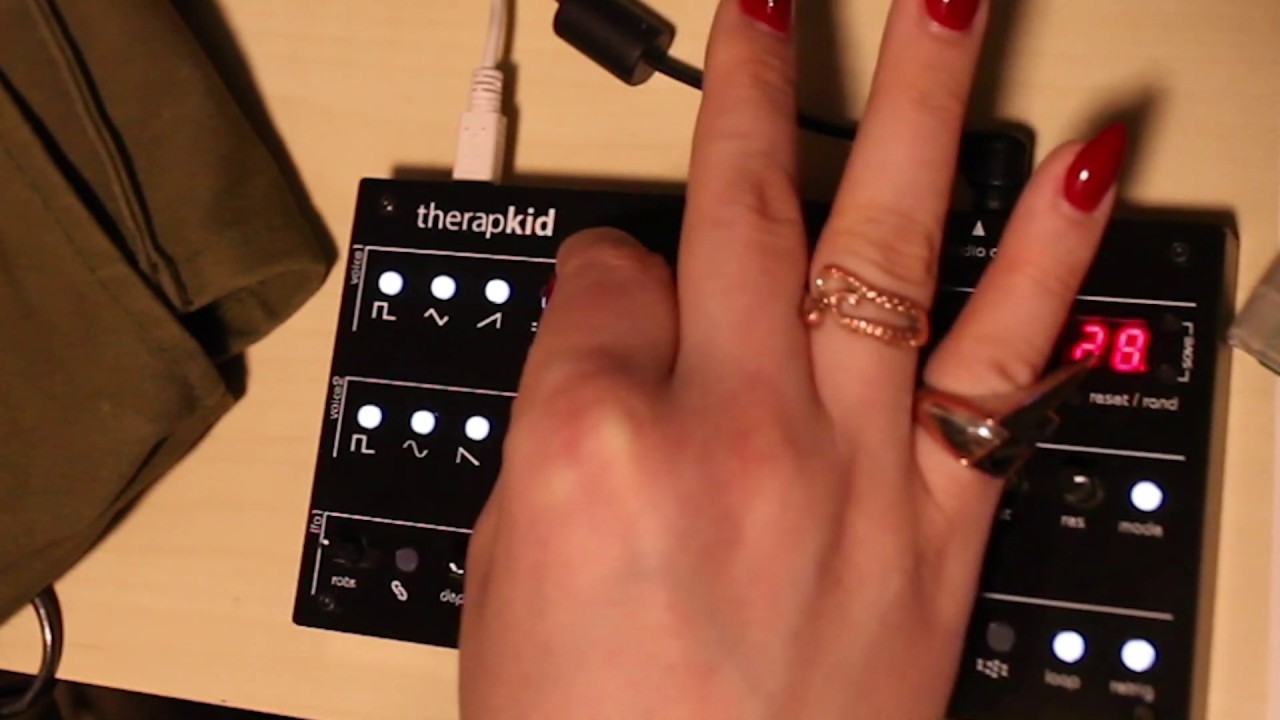 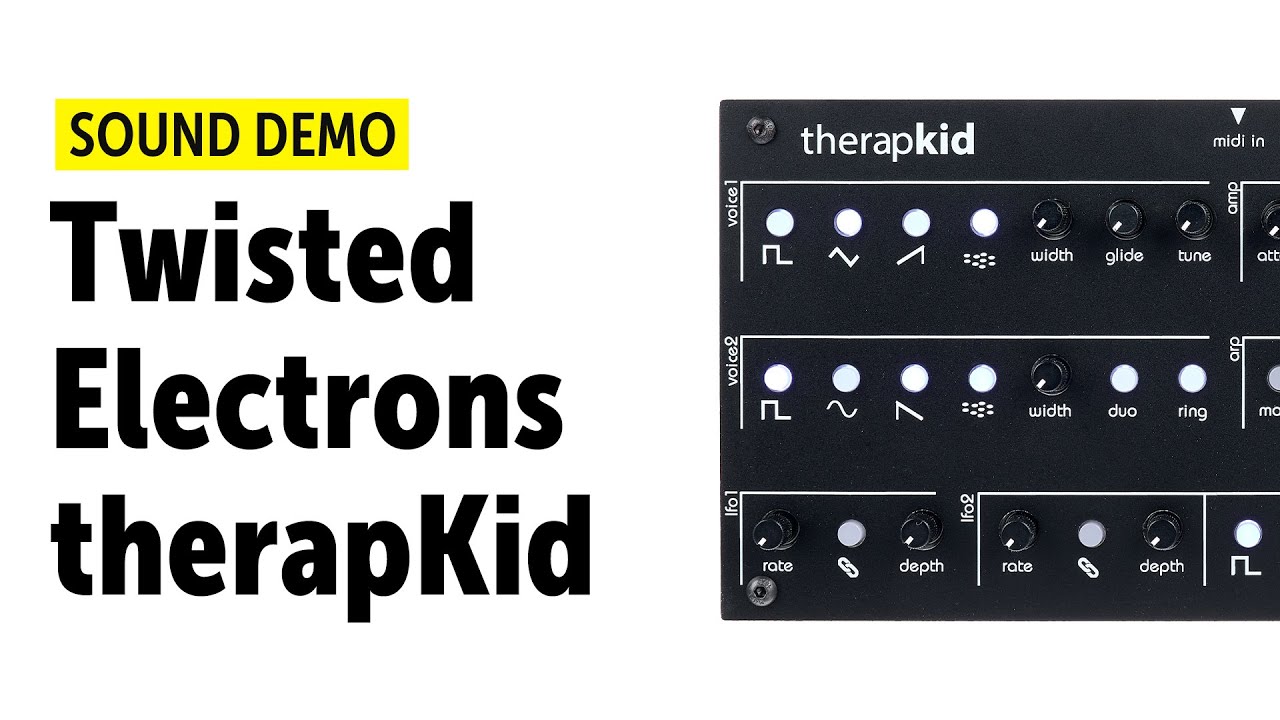