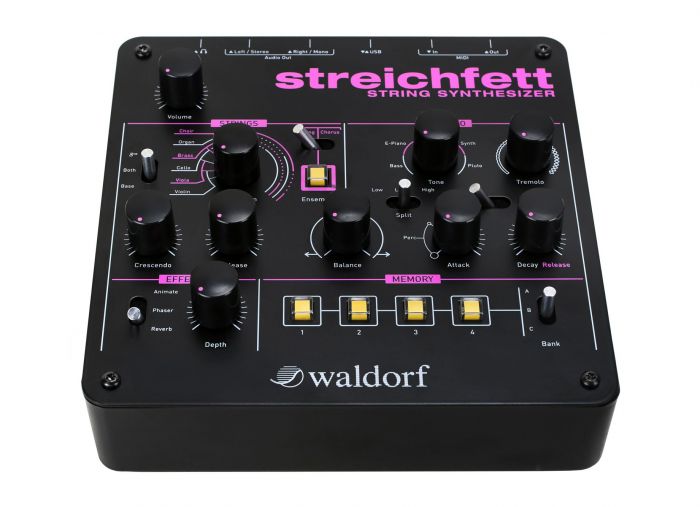 String Synthesizers were all the rage in the ‘70s and early ‘80s, but the Waldorf Streichfett is one of the first and few modern digital synthesizers to try and emulate them. This means that while it is not exactly a very versatile synth, it is very capable of accurately reproducing the sounds favored by many movies of that era. The Streichfett is a completely digital synth and makes use of two DSP-based sound engines for its sounds. It offers an eight voice polyphonic Solo section along with a 128 voice polyphonic string section.

Physically, the Waldorf Streichfett is a small box with a front panel that is divided into four sections. It has a volume dial right at the top and the "Strings" as well as "Solo" section in the middle. At the bottom you will find the "Effect" section and the "Memory" section. All the connections for the Streichfett is on the rear of the box and consists of a MIDI Out Jack, MIDI In Jack and USB Port for power or to connected it to a computer. The stereo headphone jack and two audio output jacks are also on the rear of the unit. Overall, it is a very compact unit, and features a rigid plastic shell along with a front panel that is made from painted-steel. Although the Streichfett weighs less than 2lbs, the manual states that it is for indoor use only.

The Waldorf Streichfett is a pretty niche synth, thanks to its very specific sounds, but it is quite user-friendly. After using the different sections to tweak your sound, you can then make use of the Memory section to store them. The Streichfett has twelve patches in total available, which is split into three banks of four sounds each. What is nice is that even the state of the Modulation wheel is saved, so when you load your sounds, it will also restore the vibrato settings that you used. Interestingly, also allows you to immediately silence the Streichfett by pressing all four of the Memory buttons at the same time.

If you have a fondness for the String Machines of the seventies, then the Waldorf Streichfett is a nice little device to play around with. Waldorft didn't set out to imitate any specific model of that era, but instead designed the Streichfett to deliver sounds that are similar to a number of them. Of course, seeing as it is a completely digital device, it lacks some of the analog quirks and background noise that vintage String Machines sometimes made. This means that it is not going to please audio fans who are looking for complete authenticity, but it is capable of plenty of great '70s sounds, which is something that not a lot of other modern hardware synths can do. 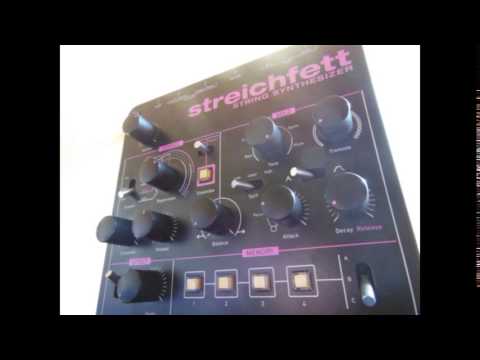 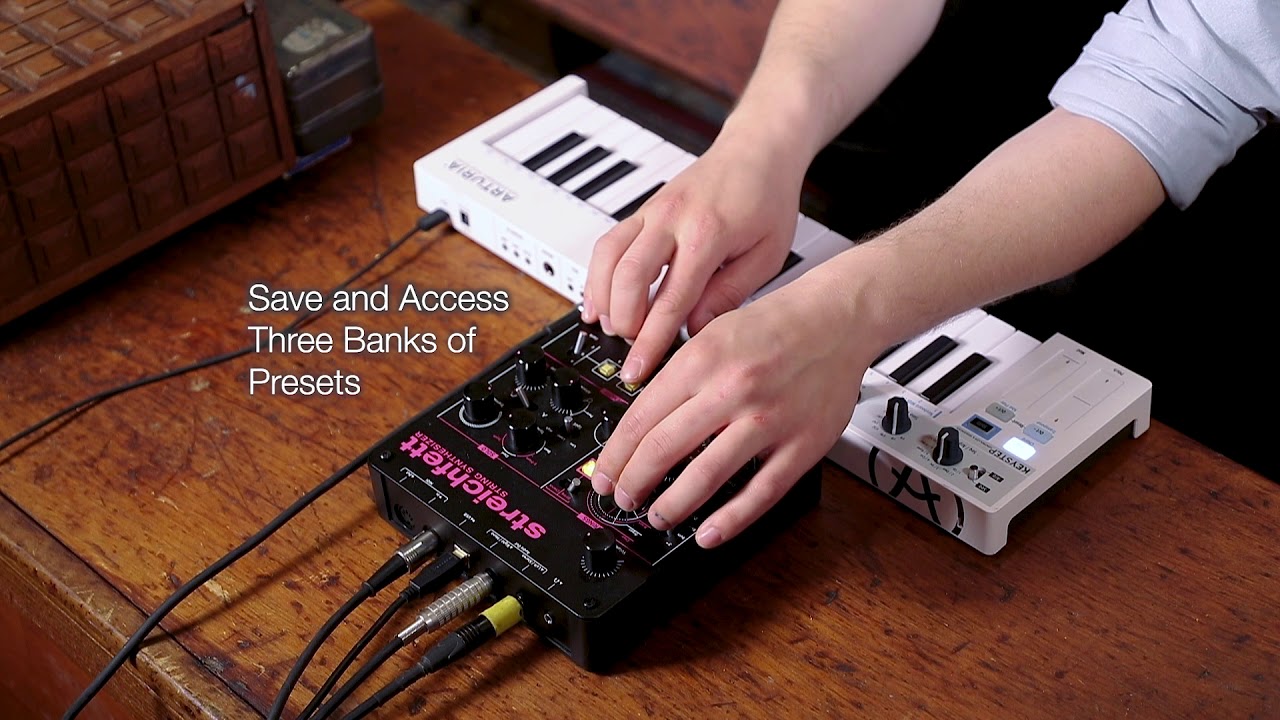