Saying it is just a preset synth is not fair, as there are really many ways to change tone. Besides the presets push buttons, the Syntex features 14 sliders, 12 rotary pots, 8 push buttons and 2 knob switches. Actually the electronics design engineer did not want to know about presets... he would have preferred more features and no presets. In 1975 the Welson Syntex was already digitally controlled, so it stays perfectly in tune.

The actual presets are 15. There is no wheels or joystick for modulation or pitch, no retrigger options and no CV/gate. You could mount it on the optional legs it used to come with or on top of an organ.

This synth has two peculiarities to ensure that the player reaches the keys more easily when he or she is seated and the instruments are on top of one another:

1. The carved bottom matches with top instruments with a width of no more than 96cm (it is heavier in the rear, so it doesn’t roll out if inserted that way)

It has 2 VCO. A third oscillator is used only as LFO. The greatest limit of the Syntex is that its VCOs have just one waveform and that is the same for both OSC1 and OSC2. The controls are very good and this really would have been powerful synth if they had added more waveforms.

With all the footage faders at max and the VCF all open, the Syntex resembles the Davolisint, but the Davoli tone is more distinctive. With a few footage sliders at max, acting on the filter, the sound resemble a Moog Synth (again, with the great limit of only one waveform!).

The synth has 37 keys from C to C. The control panel is divided into two main parts. Both parts are conveniently divided into sections. The part at the left of the keyboard includes four sections: OSC1, OSC2, ADSR and VCF. The oscillators are very stable with very little drifting.

OSC 1 controls include 32’, 16’, 8’, 4’ footages with individual sliders, and general Pitch control, but you can adjust it only in a 2 tones range.

Both OSC1 and OSC2 have a Vibrato amount pot (speed e-type is controlled via OSC3). ENVELOPE generator is the classic ADSR: attack, decay, sustain, release (four sliders with a useful graphic explication).

The VCF is a discrete transistor ladder filter. There is a pot for OSC3 amount and one for ADSR amount, and two sliders: one for frequency cutoff labeled Fr, and the other for resonance labeled Q.

Under the keyboard from left to right are five sections: OSC3, NOISE, PRESETS, GLIDE, VCA. OSC3 (modulator). The OSC3 has square and sawtooth waveforms and is self-resonant. One pot is for the oscillator frequency (from 1 to 50 Hz), and a knob switch for selecting the waveform.

Four colored push buttons are for connecting OSC3 to the OSC1, OSC2, VCF, VCA sections and the Random Music. In each section a red LED lights up, showing OSC3 frequency when the relative push-button is engaged.

NOISE. A knob switch for selecting White or Pink noise. One pot is for the volume.
PRESETS. Pushing the red button you get to the presets. The overall quality of the presets lies in between the ARP Pro Soloist and TEISCO S100P.
White buttons: Flute, Trombone, Horn, Oboe, Bass clarinet.
Blue buttons: Jaw harp, Wha wha, Accordion, Strings.
Yellow buttons: Xylophone, Bass Guitar, Spinet. Green buttons: Space, Buzz, Musical saw.
Most of the presets use only OSC1. With the String preset, tuning OSC2 a fifth above or a fourth down, one gets a very beautiful timbre.
Accordion and Space are the other presets that use OSC2. Musical saw mimics a Theremin (Glide is engaged). All can be adjusted via a selected part of controls that varies according to the different presets, so they can be used as raw material for getting interesting variations.
GLIDE. A pot for speed and a button for ON-OFF operating. VCA. OSC3 amount pot and ADSR amount pot. The combination of the two gets very interesting results. The instrument doesn’t play if the VCA ADSR amount is at zero.
VOLUME controls the general loudness of the synth. A button labeled INITIAL VOLUME acts as a sustain switch: if you press it, the instrument keeps on sounding the last played note until you switch it off.
Above the keyboard are 2 push buttons. At the far left the ON-OFF switch. Almost in the middle, there is a Random Music button, pushing it a sort of sample and hold start to play. It can be controlled by all the commands but not from the keys, so is not so convenient. 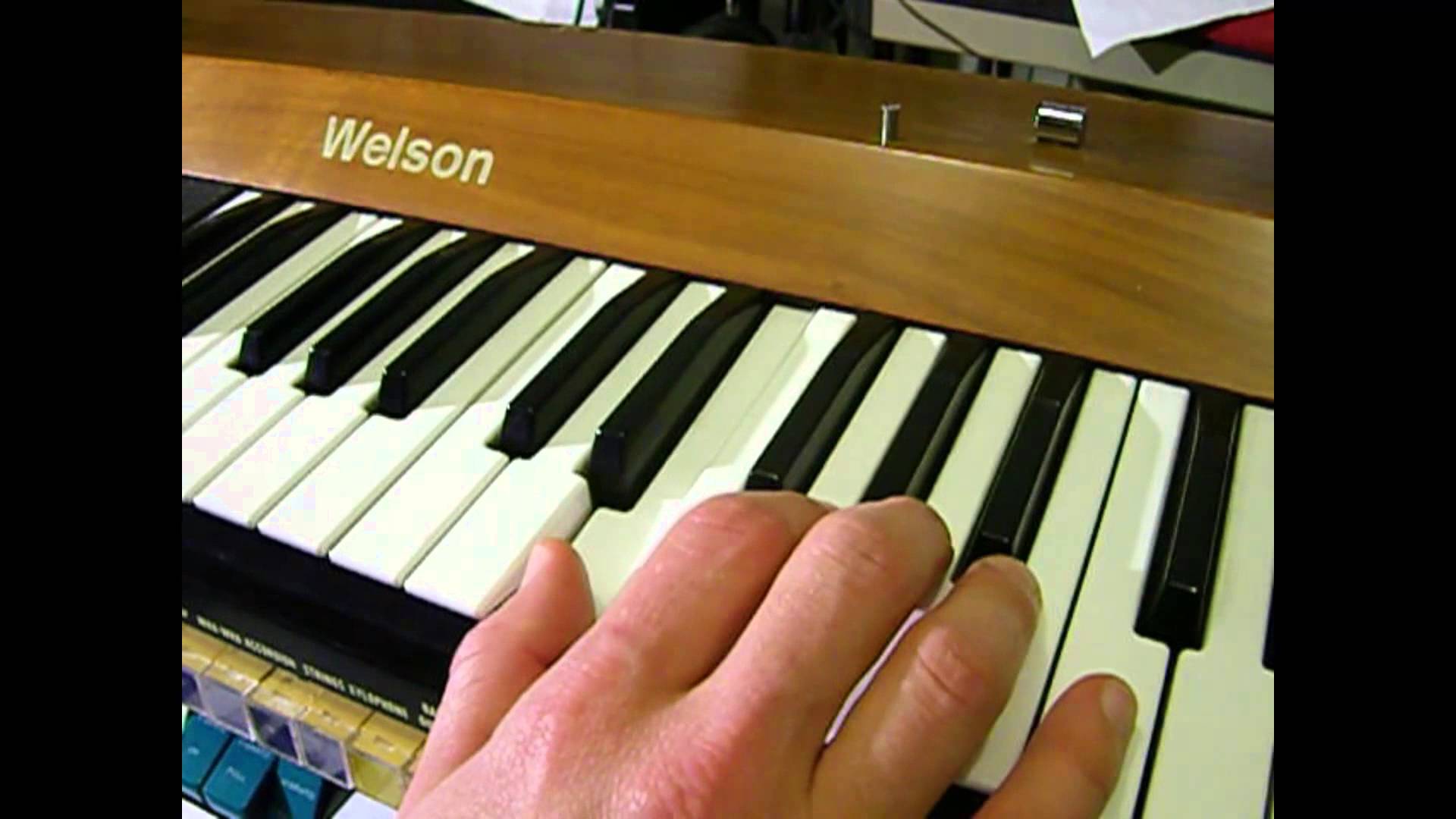