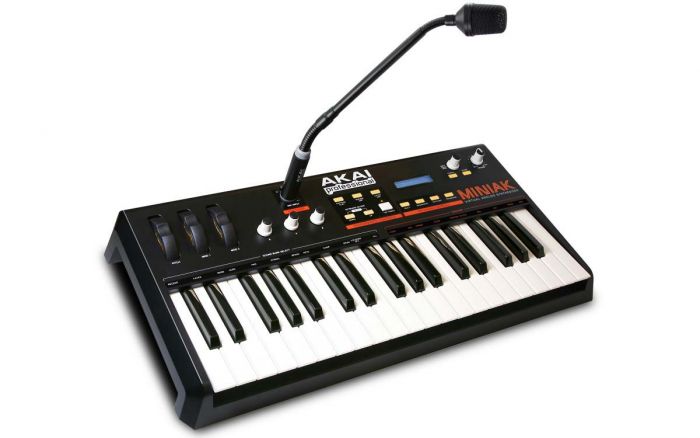 Anyone curious about the capabilities of the Akai MINIAK should check out the review for the Alesis Micron, as these two instruments share a lot of similarities. This is due to the fact that both companies are owned by Numark. What Akai has done with the MINIAK is basically take the Alesis Micron, update the design a bit and then attach a microphone to it.

The MINIAK is a bit larger than the Micron, which means that Akai was able to fit in full-sized keys for the three-octave keyboard. Although the 37-key semi-weighted keyboard does not feature aftertouch, it is velocity sensitive. One of the nice features of this keyboard is that it not only has a transpose range of eight octaves, but the brightness of the transpose buttons also increase to indicate that shifts have been made. Akai has incorporated three wheels, situated just above the keyboard, in contrast to the sliders of the Micron. Two of these are modulation wheels while the third is for pitch bending. Of course, the trade off for having a larger size is that the MINIAK also weighs a bit more than the Micron, but it is still a relatively portable synth.

The MINIAK offers eight notes of polyphony, with three oscillators per voice. Each voice also has two multi-mode filters and there are twenty different ones to choice from. In addition, the MINIAK has two LFOs along with three envelopes. The one-board storage is certainly not lacking either as it allows users to store up to 1000 patches. Thanks to a generous selection of patches, sequences and rhythms available from the start, it is easy to get started with the MINIAK right out of the box. The inclusion of a comprehensive sequencer, drum machine/rhythm sequencer and arpeggiator are also welcome. One area where the MINIAK does show its age a bit is with its lack of USB connection.

Overall, the MINIAK offered a ton of features for synth enthusiasts and managed to do so at a much lower cost than most of the competition. The inclusion of the three wheels on this synth also made a nice change from other modern synths that were covered in knobs instead. Akai also included a nice on-board gooseneck microphone with the MINIAK for vocoder fans to play around with. It would have been nice if the screen was a little larger and more readable, but at the end of the day, the Akai MINIAK is still a very fun synth. 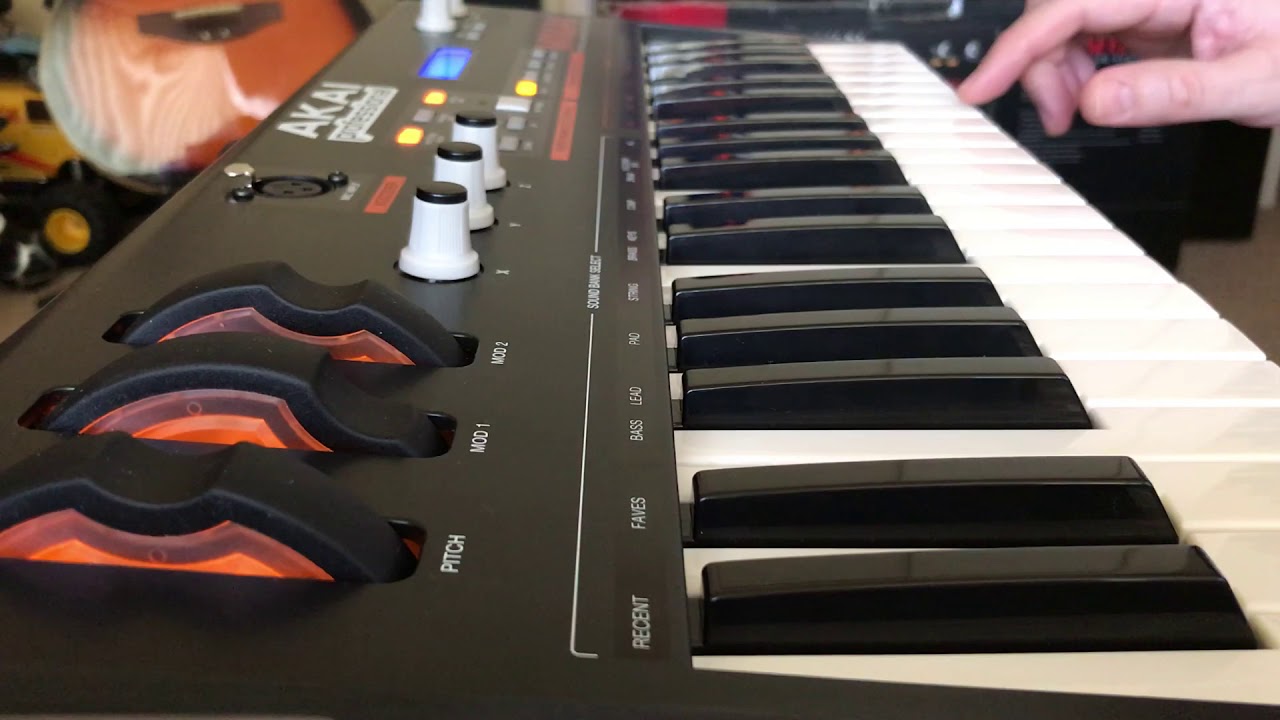