The fourth and final generation of E-mu Systems' emulator hardware samplers were immensely powerful machines that were at the leading edge of music making technology for the eight years they were produced. The digital synthesis engine in these instruments was unfortunately overlooked by most musicians as it became caught up between the two prevailing trends of the new century - on one hand there were many excellent virtual analog synths offering immediate results and inherent simplicity, and on the other there was the advent of software instruments which used PC hardware that was becoming far more powerful and less expensive with every passing year.

When compared with earlier samplers the Emulator IV offered more of everything, and only high-end models like the Akai S6000 or Kurzweil K2500 could be considered as direct competitors. When compared to the previous generation of samplers, the Emulator IV offered a larger display, more polyphony, better sound quality, more input/output options, better filters and effects processing, more memory capacity, and several other benefits that added up to one very large evolutionary step forward for the sampler category. Internal and external SCSI was standard on all models for storage expansion, and memory used standard computer SIMM's instead of the proprietary chips from the Emulator III series.

The synthesis engine in the Emulator IV was based on the traditional model, with a 16-bit sample-based sound generator sending its output to a filter which then fed an amplifier stage. Every voice could be manipulated by two LFO's, three six-stage (AADDRR) Envelope Generators, and a 24-point modulation matrix. The high quality resonant filters were a highlight of this sampler, with the typical high pass, low pass, notch, and parametric filters complimented by a selection of Z-Plane morphing filters from E-mu's famous Morpheus and Ultra Proteus sound modules. All of this was complimented by a programmable arpeggiator, 48-track sequencer, and a full set of sample management and manipulation tools. The owner's manual for EOS 4.0 is over 400 pages long, which is just one indication of how deep the Emulator IV is.

The sheer number of Emulator IV models can be overwhelming to the novice and expert alike. There were three series during the Emulator Four's lifetime, each series was launched with one high-end model and followed a few months later by a lower priced alternative that could be upgraded to the full specification using optional add-ons. There were a few exceptions to this rule, all noted below.

The first series of Emulator IV samplers was introduced in 1994, and consisted of the rackmount EIV and E64. The EIV had 128 voice polyphony and a maximum 128 MB of memory, while the E64 had 64 voice polyphony and a maximum of 64 MB of memory. The second series was launched in early 1996 with the E4X Turbo and then followed up with the E6400. Also that year and in keeping with their long history of keyboard sampler-workstations, E-mu released the E4K keyboard which was effectively the 64-voice E6400 sound engine fitted into a 76-key chassis with output features targeted more towards the live player than the studio musician.

In 1997, E-mu launched the E-Synth rackmount sampler &amp; E-Synth Keyboard. These added sound ROM's from the best selling E-mu sound module series and gave the Emulator IV series the ability to be played like a standard synthesizer within seconds of hitting the power switch, as these samples were instantly available in memory and did not require the user to manually load them as was the case in the other emulator modules. The ROM chip that contained these sounds was also available to other Emulator IV owners as an add-on option.

The third and final series was released in 1999, and these models all had the Ultra designation. The most significant enhancement to this series was a 32-bit central processor, which allowed for faster performance in everyday operations and also enabling new DSP processing options including the Beat Munging sample slicing tool. The E4XT Ultra was the high-end model that led the lineup, and was followed by the E6400 Ultra. An E-Synth Ultra model was later added with the Sound ROM as standard, and then an E5000 Ultra which had the same internal engine but only had four analog outputs (instead of eight) lacked the ability to expand its polyphony beyond its standard 64 voices. There was no keyboard version in the Ultra series, all models were rack mounted.

The very last hardware emulator released was the E4 Platinum which had every option installed at the factory, including the RFX32 effects processing card that was introduced as an option for the Ultra series samplers near the end of their production run. 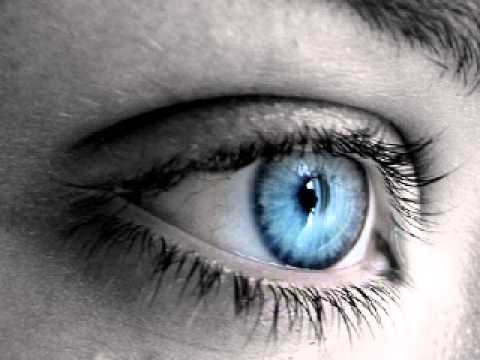