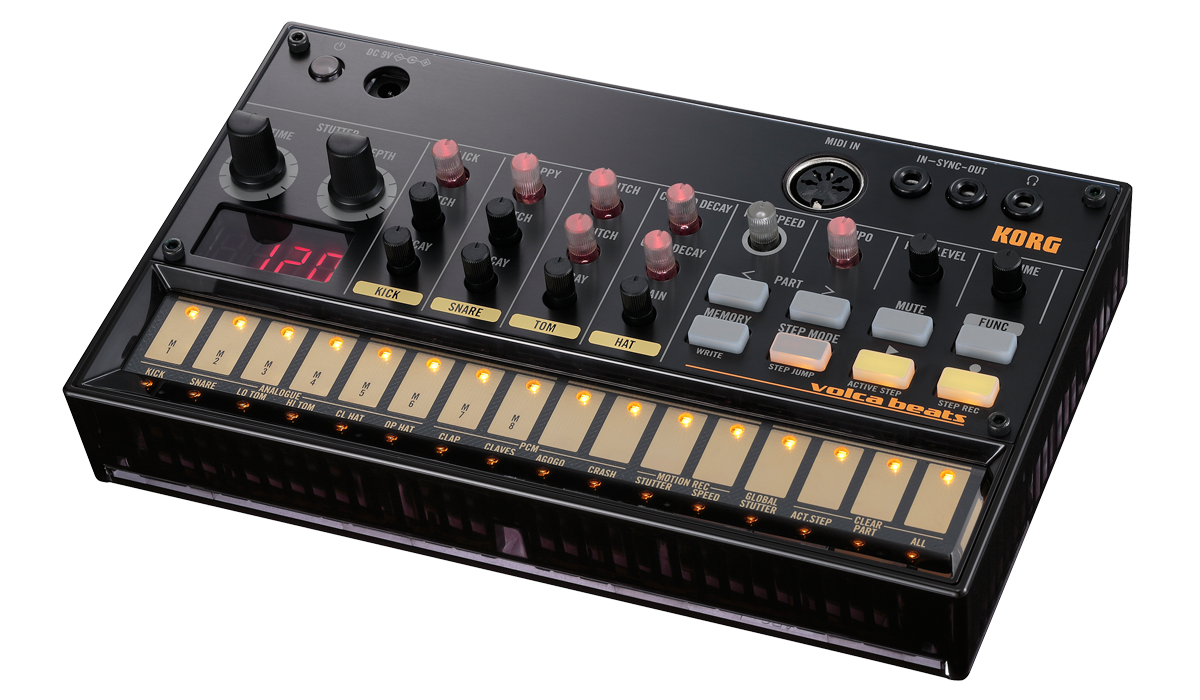 The kick drum has three controls, for the pitch, the length of decay of the sound and the amount of ‘click’, which emulates the higher pitched sound of the beater striking the head of a kick drum.

The snare also has controls for the pitch and decay. In place of the kick's Click control, the snare has Snappy, which varies the part of the sound that emulates the sound of the snare wires.

The high and low toms each have a pitch knob, plus there is a global Decay control that affects the decay of both tom sounds together.

The open and closed hi-hat sounds each have a decay control, plus there is a global Grain control, that affects the coarseness of the sound source.

The four PCM sounds share a single knob for PCM speed, which affects the active sound individually, so that all four are independent. The knob controls the playback speed of the sample, allowing the crash, for example, to be slowed down so that it sounds vaguely gong-like.

A single Part Level knob can be used to adjust the volume of the active instrument, allowing the level of the various sounds to be balanced with respect to each other. There is also a global Volume knob to control the overall output of the Volca Beats.

Stutter allows retriggering, either of individual sounds or globally, creating a delay-like effect on the affected parts. There are controls for the depth of the effect and the delay time. Using the Func button in conjunction with the Time control sets the delay time to divisions or multiples of a beat at the current tempo for more rhythmically perfect, less free-form, retriggering. 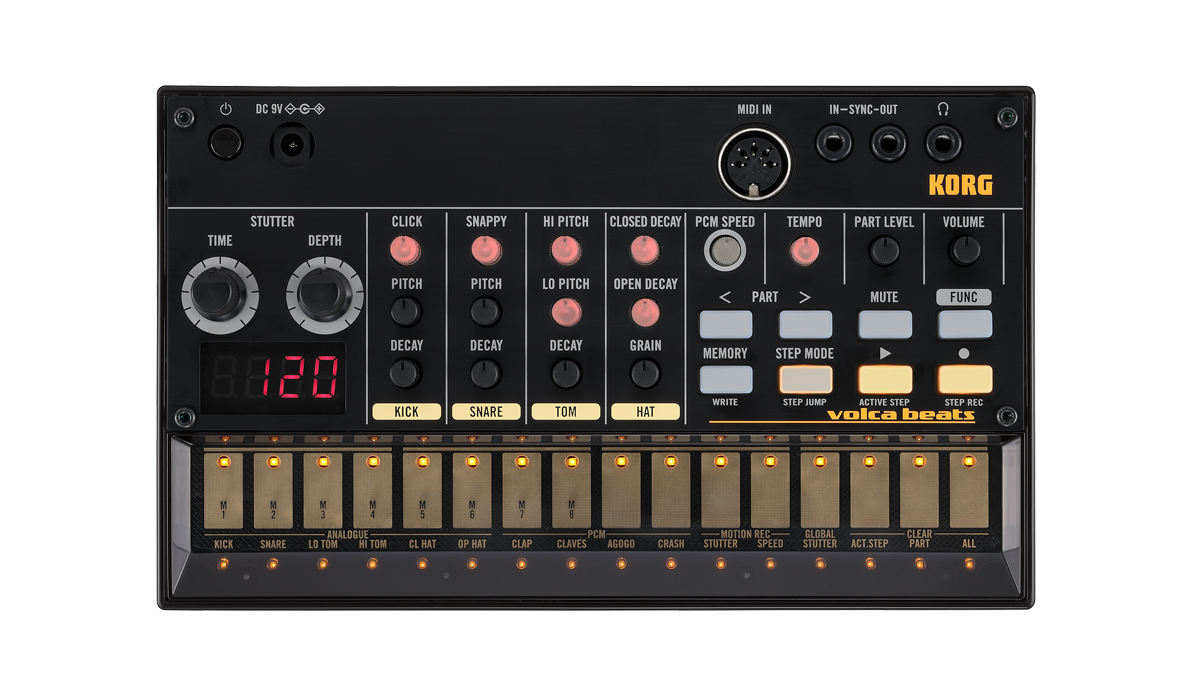 Other controls on the Volca Beats include: sequencer tempo control and buttons for sequencer memory selection, play and record and other sequencer functions.

The sequencer is inspired by Korg's former Electribe range. Sequences can be recorded in real time or can be entered step-by-step. (On the Volca Keys, the sequencer can only be programmed in real time – no step entry.) In ‘Active step mode’, individual sequence steps can be muted, either in real-time for interesting polyrhythmic effects, or to allow sequences in time signatures other than 4/4.

Changes to either of the Stutter controls or the PCM Speed control can be recorded as part of a sequence: this 'Motion sequencing' is much more limited than on either the Keys or the Bass where many more knob twists can be recorded.

The lights under each touchpad key light in turn to indicate the step currently being played, with one remaining lit to indicate the active instrument for editing, whilst the lights within each instrument key illuminate to show when that instrument sounds, for quick visual reference of the sequence.

The Volca Beats is not without its limitations and drawbacks – inevitable given its size and price – but it is clear that thought and attention to detail has been expended on each of the Volcas individually, plus to the range as a whole, to ensure that these are not unduly limiting and that the three Volcas complement each other. The price, size, portability and sheer concentration of functionality are certainly very much in their favor.

In the minds of many, any drum machine is going to be compared to numerous classic units. The Volca Beats has its own sound so will never be a replacement for such revered machines, except in the very broadest, most general terms. Neither are its sound going to cause any drummers to lose their jobs, but then that was never the case, nor the intention, with other rhythm boxes.

The sounds the unit makes may not be to all tastes, but there is a useful selection of percussion instruments that would be expected on such a machine, with a reasonable degree of sound design available for the analogue elements, the PCM speed usefully broadening the range of timbres available from the sampled sounds.

The Stutter effect and the PCM Speed control are useful sound-enhancing tools and the ability to have any length of sequence up to the full 16 steps broadens its appeal to those not working in 4/4 or who wish to create polyrhythms against other equipment running different length sequences. The sequencer and other controls mean that the Beats is at home either as a live tool or merely as a sound module under internal or external sequencing control.

All in all, the Volca Beats is a useful (affordable, portable etc) drum machine with plenty of character. 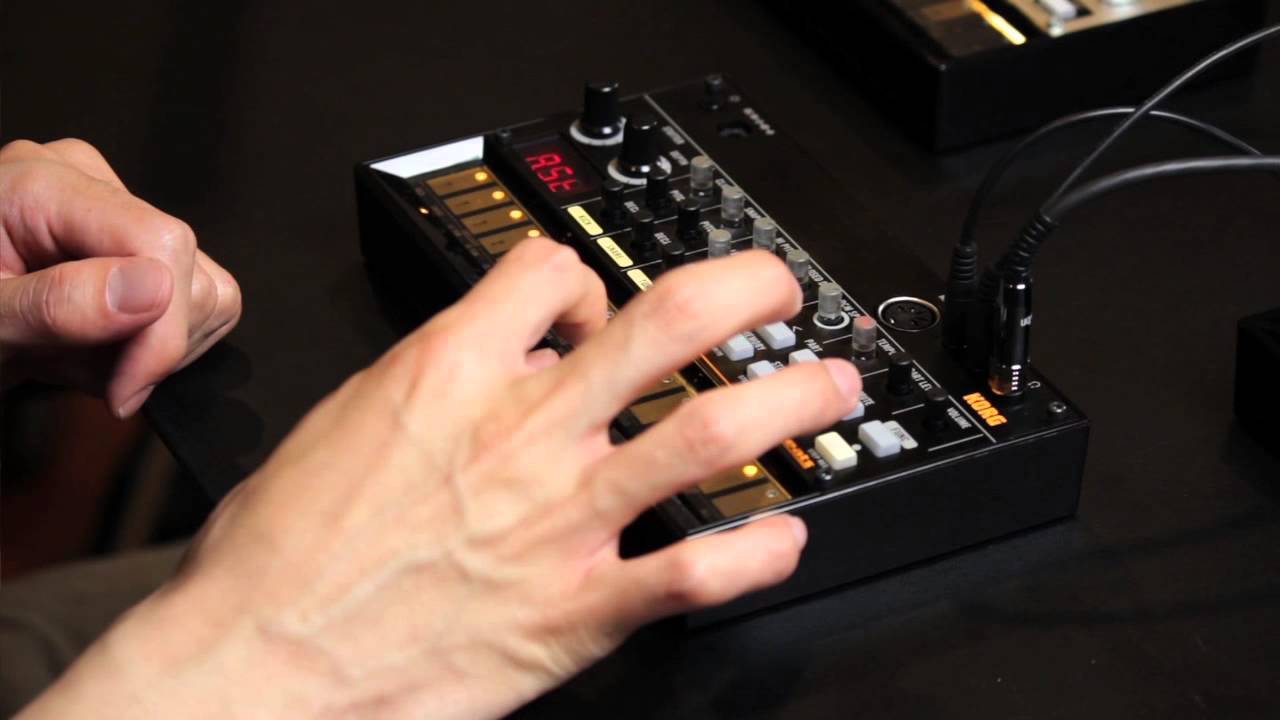 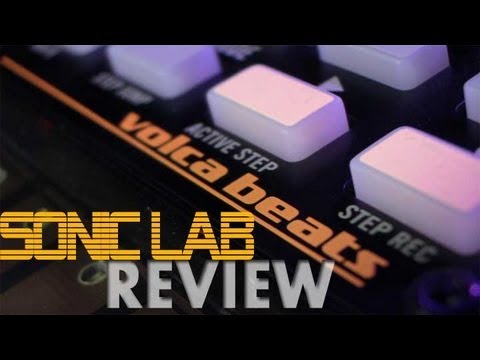 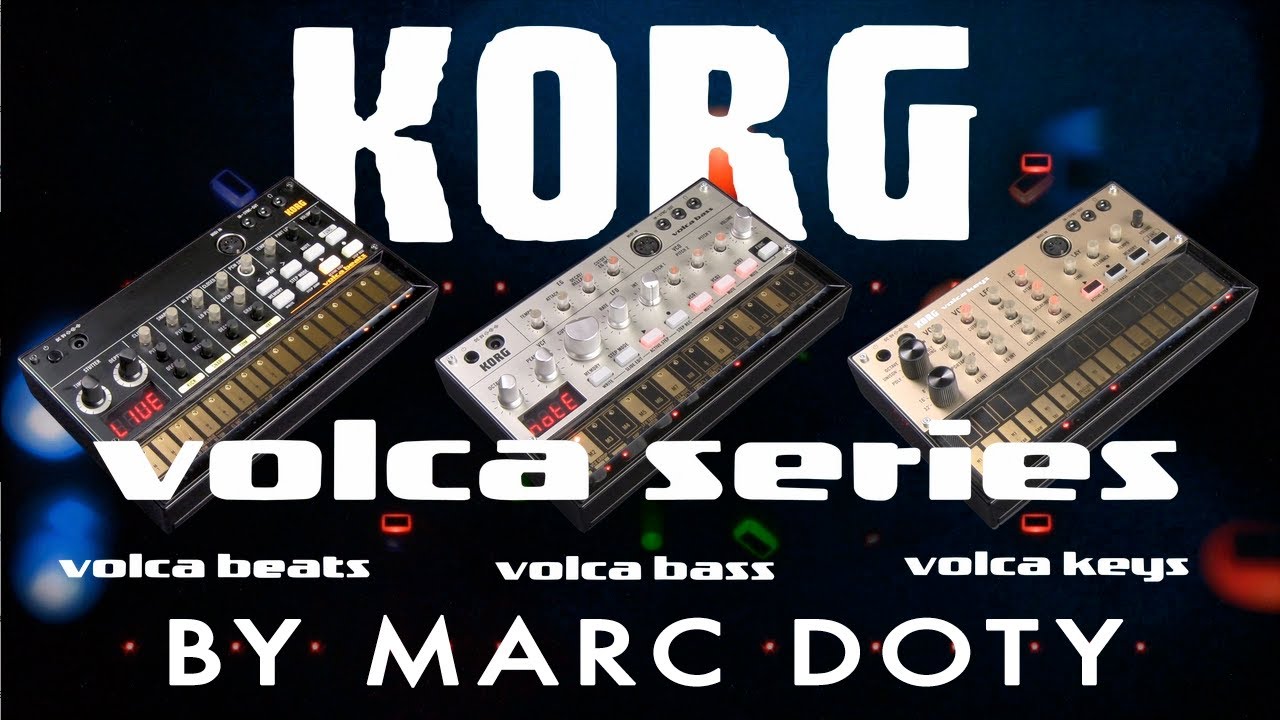